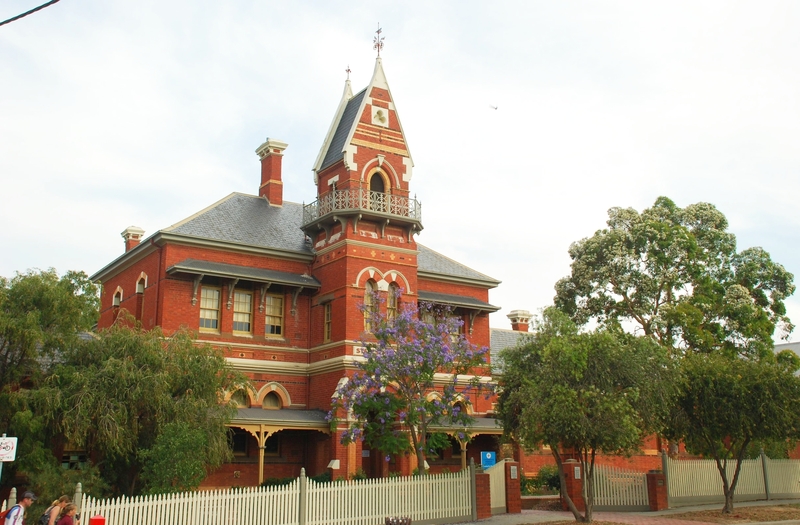 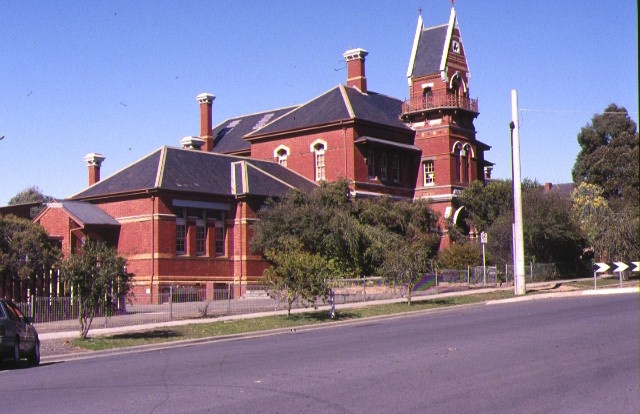 In 1856 a wooden schoolroom was built where the present school stands in Church Street. A brick addition was made in 1866; the architect was HE Tolhurst, builder Robert Jeffrey and cost £440. In1870 a further brick building was added; builder John Hanton, cost £291.In 1873 the school was recognised as a state school and "new" buildings (alterations and additions to the old) was constructed by Kennedy and Anderson at a cost of £1067. The design of this building was much criticised. In 1884 a new building was planned and a wing for an infant school was completed then. In 1886 the contract for completion of the building by the district architect, George Mason was given to Newton and Borland, builders, for the cost of £4359.