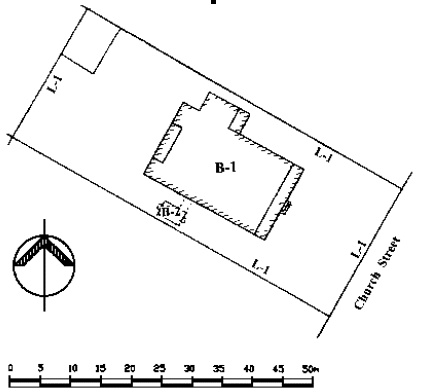 What is significant?
Twizel was built for Nicholas Jeffrey who emigrated from Twizel in England in 1853, arriving at Sandhurst in 1855. His success in gold mine investments enabled him to build Twizel by 1865 and change his stated occupation from builder to gentleman.

Twizel is a dichromatic brick, single storey building in the Victorian Regency style with the corrugated iron clad roof finished behind a low parapet. The top of the parapet is capped with a cornice finished in alternating red and cream bricks. The base of the parapet, at roof eaves line height, is detailed with a projecting string mould of a band of cream moulded bricks supported on a band of plain red bricks which in turn are supported on closely spaced decorative cream brick brackets. Half length cream bricks have been used every alternate row to form the quoins at the corners. Three elegant circular chimneys constructed of red and cream bricks in a spiral pattern adorn the roof. A decorative concave verandah, a later addition designed by WC Vahland, spans the full width of the front facade supported on paired round fluted timber columns. A sunken coal store, of which only the gable roof is above ground, is located on the southern boundary with part of its roof extended to the house to form a covered way. There are chutes to each end of the coal store. Neither the architect or builder for the 1865 section of Twizel have been positively identified.

How is it significant?
Twizel is of architectural significance to the State of Victoria.

Why is it significant?
Twizel, is of architectural significance as one of the earliest known surviving dichromatic brick buildings in Victoria. It displays a sophisticated and elegant use of dichromatic brickwork, particularly with its decorative parapet and the highly distinctive spiral-patterned chimneys. The verandah with its decorative fretwork and its fluted timber columns is an important addition to the house by the noted architect WC Vahland. The house, with its ornate detail, demonstrates the prosperity of Bendigo at the height of the gold rush.