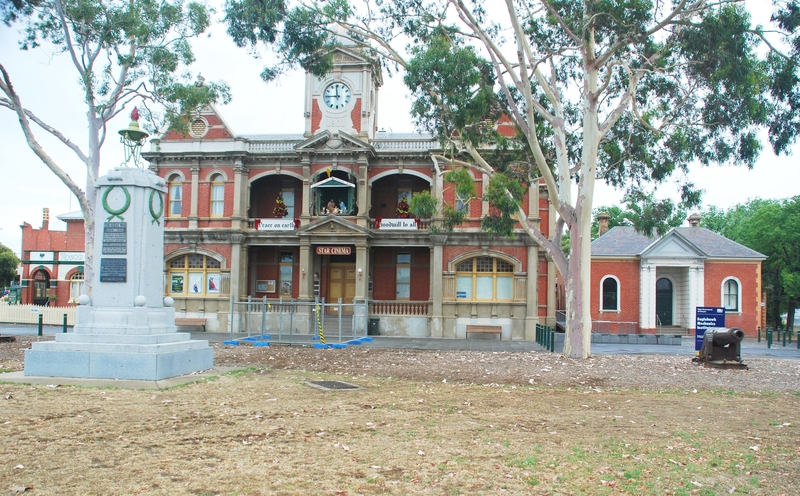 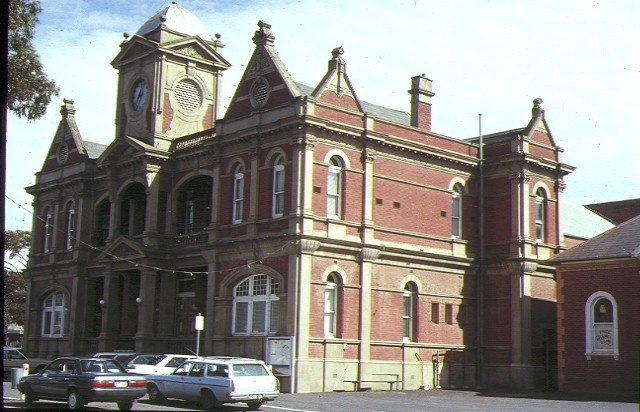 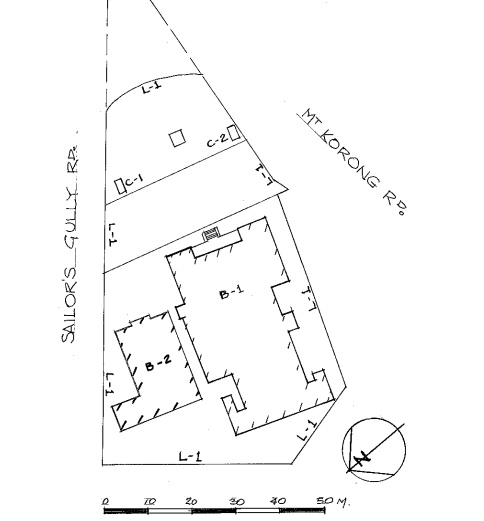 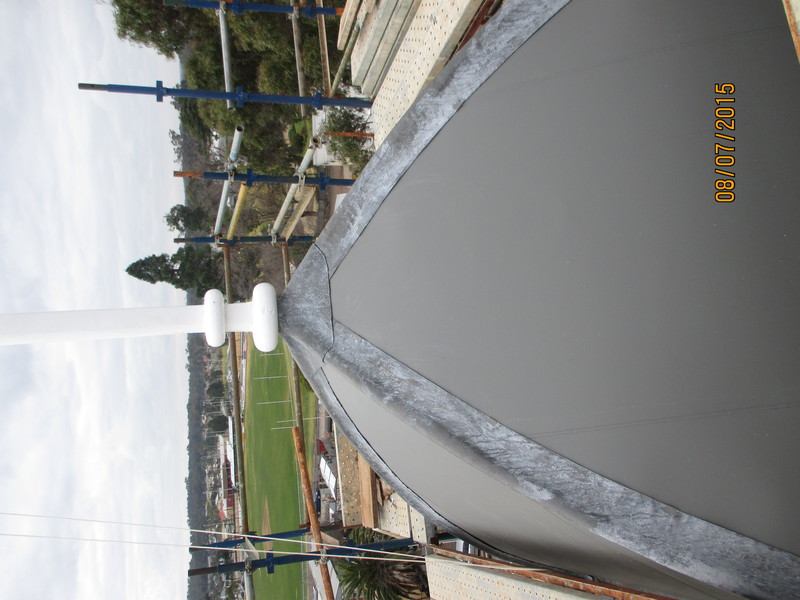 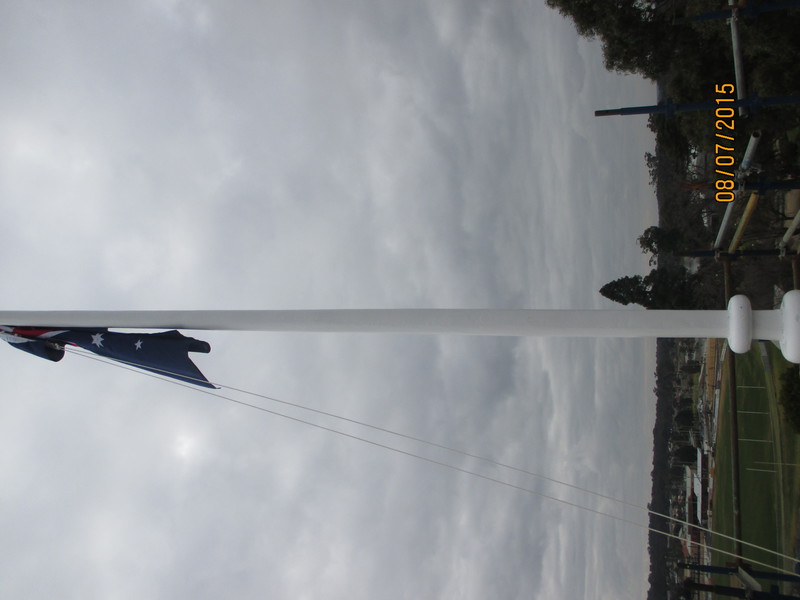 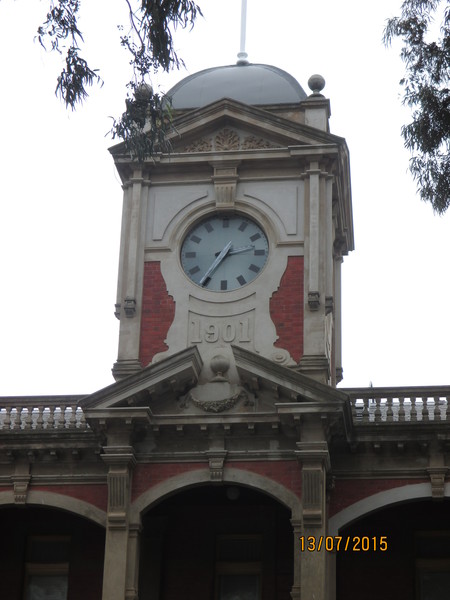 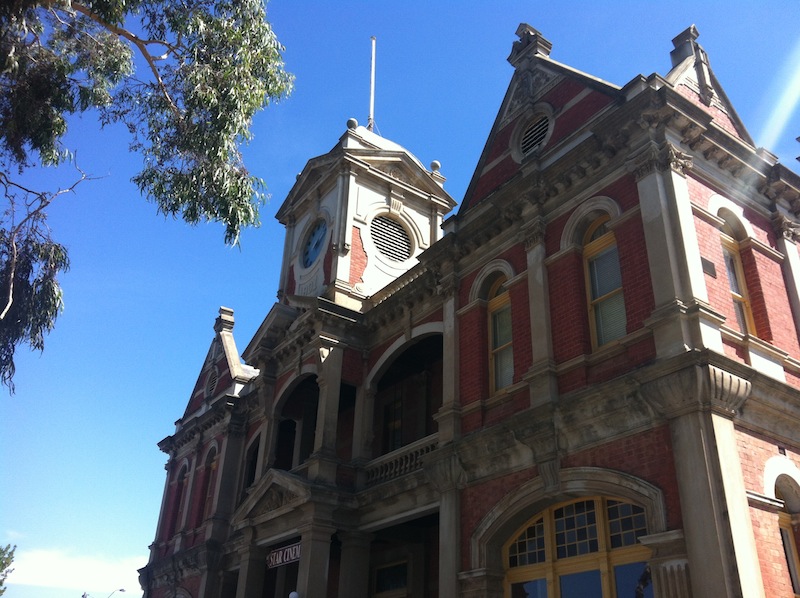 The Eaglehawk Town Hall is a public building with a history dating back to 1865 when a single storey building was completed on this site. The architect for this building was HE Tolhurst who later designed the adjacent Mechanics Institute.

The present building replaced this earlier building and was opened on 14 August 1901. The architects were the Melbourne firm of Wilkinson and Permewan. As a much larger and more sumptuous building of brick and stone featuring a central clock tower, the new hall reflected prevailing architectural fashion and was a remarkable investment for a town consisting predominantly of poor mining families. The condition of the town hall is substantially as built. The design is almost identical to the Castlemaine Town Hall.

The Eaglehawk Town hall is of architectural and historic importance to the State of Victoria.

The town hall is one of the most notable and dramatically sited of all Victorian provincial town halls, is an expressive example of the architecture of the Federation period and a notable work by the architects Wilkinson and Permewan. The Town Hall is also an expressive symbol of localised government and of the aspirations of a provincial Victorian urban community at the turn of the century.

The Mechanics Institute adjacent to the Town Hall had its beginnings in 1868 when members of the Eaglehawk community formed a Public Library Committee and this led to a reading room being set up in a spare room of the Council's new chambers. The site of the library was given to the committee in 1877 but it was not until 1883 that a tender was furnished to the design of HE Tolhurst.

Since that date the building has retained a small lending library. The design is in red brick with a classically derived entry portico.

The Eaglehawk Mechanics Institute is of historic importance to the state of Victoria. The Institute is important as forming part of this early precinct of municipal buildings, is rare as an early and continuing lending library in Victoria and rare as a relatively intact although small building of its type.

The cannons in the reserve to the south of the hall were recovered from the HMVS Nelson, one of the colony's earliest warships. The Nelson was a wooden steam frigate first laid down in 1805 and was on permanent loan to the Victorian Navy from 1867. Nelson remained in service until 1891 and was finally broken up in 1929. In 1898 the Eaglehawk Borough Council wrote to HR Williams MLA to secure some of the Nelson's guns. Other guns were despatched to Ararat, Echuca and Hamilton. Two guns were also recovered in archaeological works at Rosalind Park, Bendigo during 1997.

The HMVS Nelson cannons are of historical significance to the state of Victoria being associated with one of the earliest ships to constitute the Victorian Navy. The Nelson when completed in 1814 was a timber sailing vessel and the largest warship in the British Navy. At the time of its permanent loan to the Victorian Navy, the vessel was already converted to steam and had undergone substantial modifications.