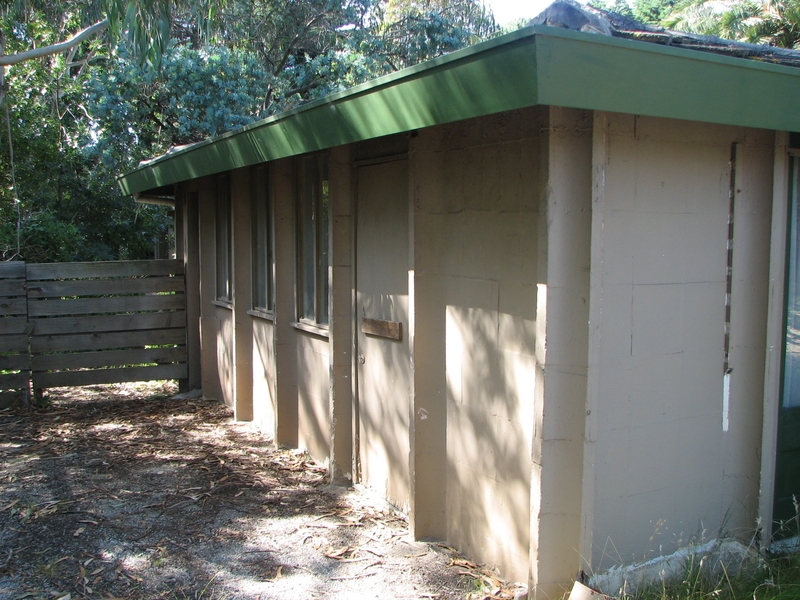 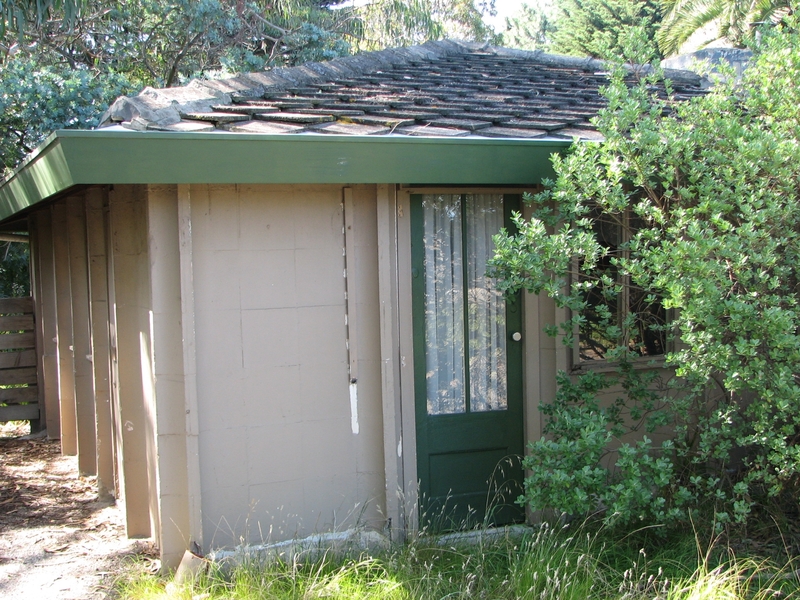 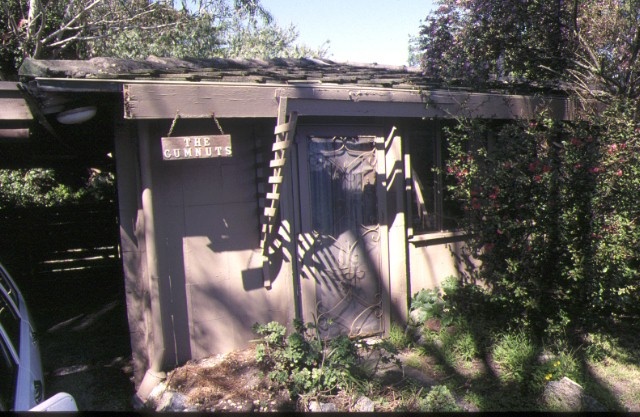 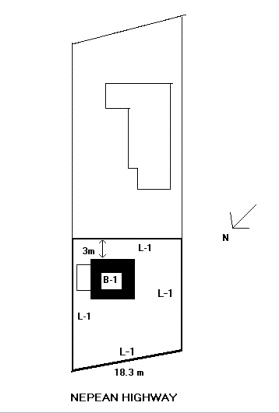 What is significant?
Gumnuts Cottage is a one-roomed cottage designed by Walter Burley Griffin 1919. The small pyramidal structure was built as the prototype example of Griffin's patented Knitlock system, comprising concrete wall segments and cement single roofing tiles. It conforms to Griffin's principles regarding his segmental architecture, being built to a modular ribbed design, with the Knitlock wall segments interlocked vertically and horizontally with staggered internal and external joints. The 3.5 foot (1.1 m) modular design gave standardised window and door openings of 2.5 feet (0.8 m). The internal wall surfaces required no veneer of tiles, plaster, textile, paper, enamel or paint (except for decorative purposes). Gumnuts was built as one of a pair of cottages, however the other, known as Marnham Cottage, was demolished in 1983.

How is it significant?
Gumnuts is of architectural significance to the State of Victoria.

Why is it significant?
Gumnuts is architecturally important as a substantially intact and rare surviving example of Walter Burley Griffin's segmental architecture. The small house is an excellent example of both Griffin's Knitlock system and his domestic oeuvre and it is the best surviving example of the one-roomed houses designed by Griffin. The building exists as both the simplest example of Griffin's domestic designs of the 1920s and also as an intact example. It was designed as a seaside retreat for his wife Marion and himself, and was later replicated at Pholiota, their home in Heidelberg. Gumnuts is significant as a rationalised and resolved example of the work of Walter Burley Griffin and documents some of the devices employed by Griffin to minimise expenditure. Griffin was resolute in his intention to build a quality house for the 'average man' and his practice of hinging windows and doors on coach screws, as evidenced by Gumnuts, was one way in which he achieved this. The Knitlock blocks themselves were inexpensive to manufacture, requiring no additional materials such as paint or plaster, and allowed flexibility in design, form and plan. Gumnuts is thought to be the earliest surviving example of the combined Knitlock roof and wall system.
Show more
Show less
All information on this page is maintained by Heritage Victoria. Click below for their website and contact details.