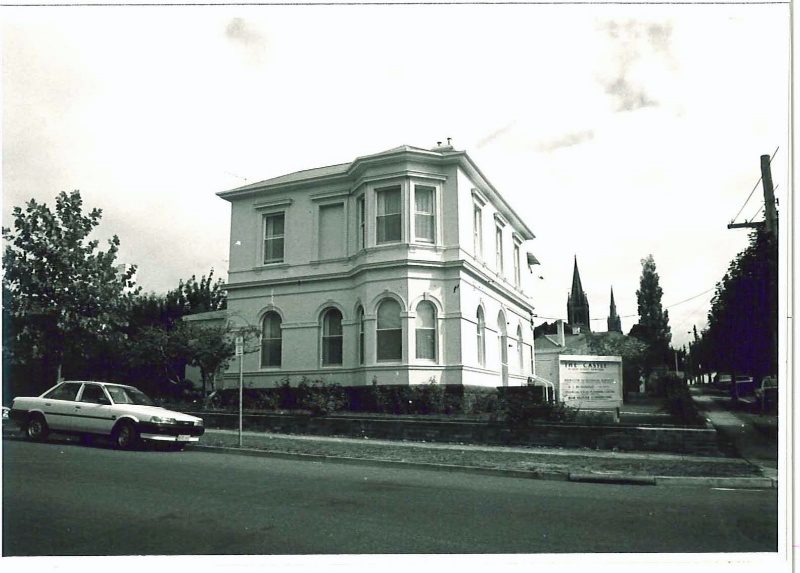 SIGNIFICANCE: This imposing building is significant as an early doctor's residence and for its key position at the entrance to the residential part of Gray Street.


Built on land originally sold by the Crown to L Murphy in 1854, this house is of local significance for its conventional architecture and as the home of one of Hamilton's early doctors. It was built in 1876 for Dr Edmund Vialls. The builder was William Holden (c1832-1910). ([i]) Holden was the owner/occupier of a wooden house (NAV 12 pounds) on the site of Tavistock, 17 Lonsdale Street, in 1876. ([ii]) The former Hewlett House can be compared with several other grand houses built about this time for doctors by Holden. Dr Wylie's Roxburgh House was slightly earlier and larger. The architecture is a restrained version of the popular Italianate style reflecting a conservative approach befitting the dignity of the profession of the owner. ([iii]) The house remains significantly intact and is in good condition. It is also important for its key position at the entrance to the residential part of Gray Street

[iii] The architect, if there was one which is likely, has not been determined.