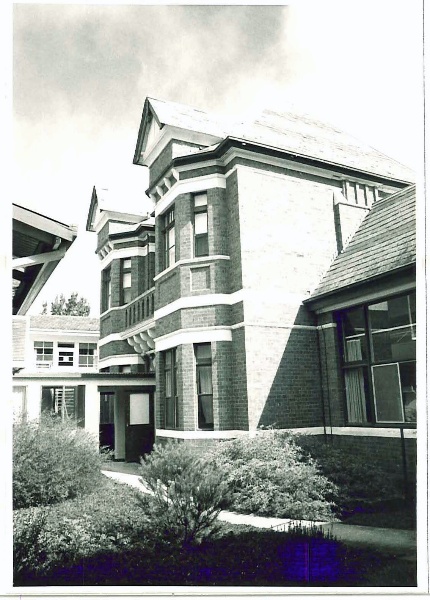 SIGNIFICANCE: »Remains at the core of this complex of regional significant. Was the work of important architects working in the Queen Anne style and its successor the federation style.

The Hamilton Base Hospital

Corner of Tyers and Kitchener Streets

This large complex has regional significance for its architectural interest as a hospital with diverse components constructed over a long period from the 1860s to 1980s. It has historical significance for its important role within the Western District region and for its associations with a number of prominent local doctors including Dr David Laidlaw, who was Medical Superintendent in the pre-1920 period and Dr Samuel Fitzpatrick who replaced him. ([i]) The complex has social significance for its replacement, in 1904, of male warders with female nurses. ([ii]) The hospital also has industrial importance as a local employer and in the 1980s was the largest single employer in the town. ([iii])

Originally the core 1880s building looked out to the north-east towards the Grampians. It is now much altered with the side wings partly demolished and rebuilt. A new temporary building has been constructed in the courtyard in front of it. The fleche on top of the main roof has been removed and there have been other alterations to the fabric of the centre wing. Nonetheless this wing remains relatively intact and is in fair condition.