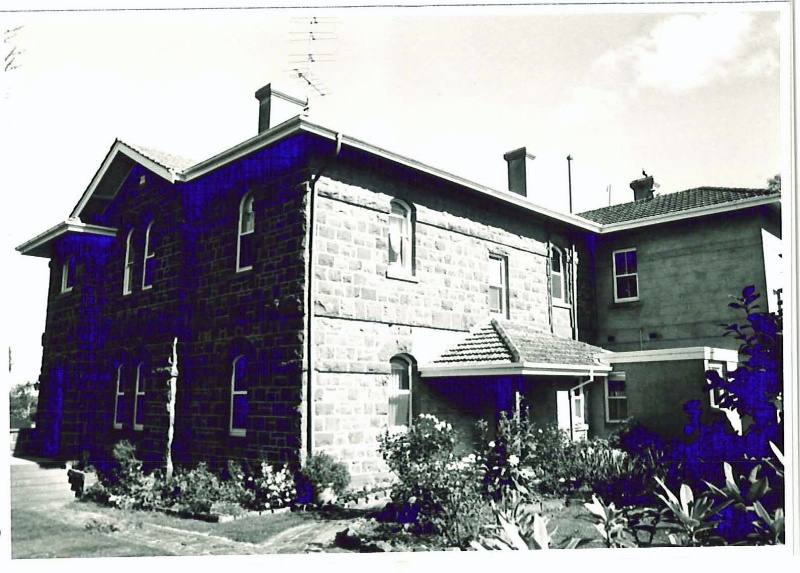 SIGNIFICANCE: St Ronan's is significant for each of the chapters in its remarkable history, and for its architectural development. It is the focus for this precinct and a landmark for Hamilton.

A former post office, relocated to its present position in 1878, St Ronan's is of local significance for its historical associations and for its architecture. Almost no other house could claim to be as intimately connected with influential people in Hamilton's history and every chapter is represented by major alterations and additions to the building's fabric. A fairly conventional Public Works Department design, the post office originally stood in Gray Street and its location there confirmed the street's commercial pre-eminence. It was said to have been poorly built and was replaced by the present post office. (i)

A relatively recent arrival, the local draper and later mayor, Sigismund Jacoby ( -1917), used the materials from its demolition to build a more or less identical house on the hill above the market reserve and the Dundas Shire Hall. (ii) Jacoby was a director of the Hamilton Gas Company. (iii) From 1888 Jacoby was the licensee of the Esplanade Hotel at St Kilda, a favourite resort for Western District gentry, and a councillor of St Kilda becoming mayor in 1892 and again in 1908. Jacoby was a staunch member of the St Kilda Jewish congregation. He had been the licensee of the Port Phillip Club hotel as early as 1841. Jacoby was one of the original members of the Melbourne and Metropolitan Board of Works. (iv)

Another businessman, David Laidlaw (1831-1913), was the next owner of St Ronan's. A Scot, he came to Melbourne in 1841 and arrived in Hamilton in 1859. (v) At first a saddler, by the mid-1860s he had taken over the Hamilton Timber Yard becoming one of the richest and most influential men in the town. (vi) He was also a mayor and was involved in conservative colonial politics as president of the local branch of the Free Trade League, the Federation League, the Hamilton Railway League, and the National Citizens' Reform League. (vii) He was a director of both the Hamilton and Alexandra Colleges. (viii)

The next chapter in St Ronan's history was as a private maternity hospital. It catered for the more affluent and was probably run by Dr David Laidlaw, son of the former owner and Medical Superintendent of the Hamilton Hospital. (ix) The it reverted to the residence of another mayor, James Young (1887-1954), a stock and station agent. (x) It was Young who made extensive additions to the building and substantially modernized the interiors. He also seems to have replaced the cast iron verandah with the present bluestone porch and balcony. The building survives significantly intact and in good condition.