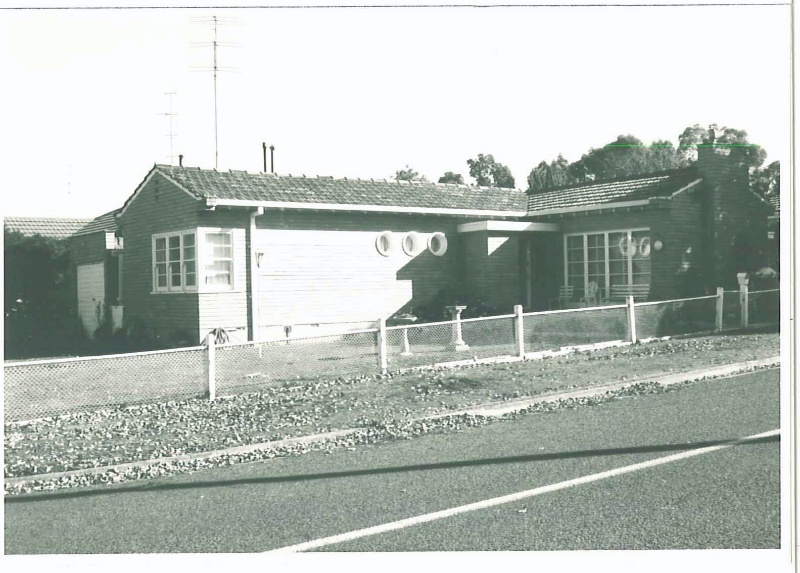 SIGNIFICANCE: »Built for a member of the Ansett team and designed by Seabrooke and Fildes.

This 1940s house on the corner of Elva Avenue and Gray Street, has local significance for its architectural interest as a building designed by the award winning firm of architects, Seabrooke and Fildes, who designed the former Uren's Pharmacy, the Williams Building and Scullions, all in Gray Street, and who were associated with the remodelling of the former Miller's Department Store at 121 Gray Street and three Gray Street hotels. All of these were built by the local builder, Reginald Williams. ([i]) Hamilton Sewerage Authority Drainage Plan dated 20 February 1941 confirms Williams Pty Ltd's involvement. ([ii]) Reg Williams, who was born in Coleraine to a Welsh father, came from a family which included several generations of builders. He constructed many of Hamilton's houses and commercial buildings including Fleetwood at 21 Gray Street and Nos 2, 4, 5, 12, 14 & 16 Skene Street. ([iii]) According to Williams' daughter, Mrs Christie, the partner Fildes designed 355 Gray Street as a wedding present for Jimmy Andrew who worked for Reg Ansett at a time when the Ansett transport empire was being established. ([iv]) Ansett owned and occupied 12 Learmonth Street.

The house is innovative, at least by Hamilton's standards, in its L-shaped plan and for various details such as the port hole and corner windows. It is significantly intact and in excellent condition. Only one other house in Hamilton is known to have been designed by Seabrooke and Fildes, that at 13 Carmichael Street.

[iii] Conversation with Mrs Christie, 16 May 1991. See research into Scullions, 196 Gray Street and Fleetwood, 21 Gray Street. The attribution to Williams of Fleetwood has not been confirmed by other sources nor is it a Seabrooke & Fildes design.