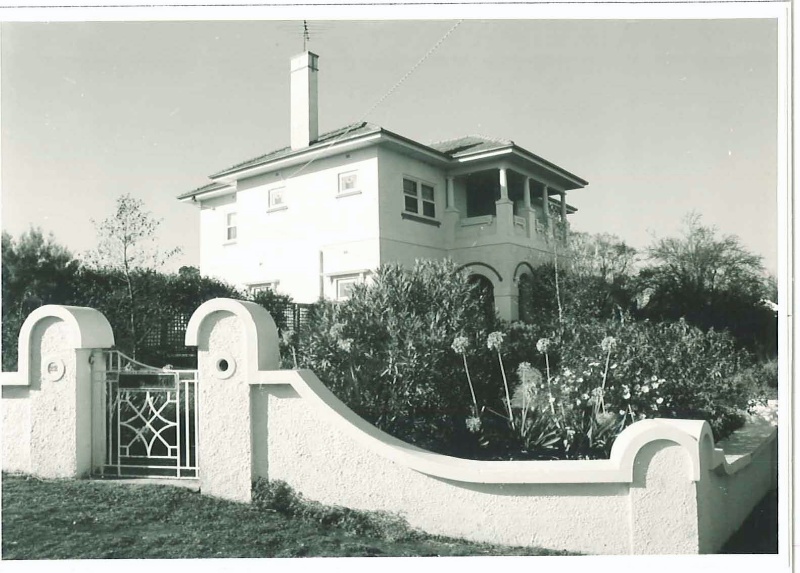 SIGNIFICANCE: »Rare as a two storey house and as an example of the Spanish Mission style (although not distinctive) in Hamilton. Important for its dominating position in the streetscape.

Built on land originally sold by the Crown at auction in April 1860 to W Tramer, this house is of local significance for its architecture. It is rare as a two storey house, especially on this side of the town, and as an example of the Spanish Mission style in Hamilton. The so-called Spanish Mission style was at first associated with a search for an Australian style of architecture and with homes for the "upper crust" designed by leading traditionalist architects. After the Great Depression it came to represent the glamour of Hollywood. It is surprisingly rare in Hamilton and this house, although not a distinctive example and lacking later classic details such as spiral columns, is the best. The form of construction is also remarkable in that the walls are of concrete. ([i])

The house is supported by a complementary period garden. It is significantly intact and in excellent condition. It is also important for its dominating position in the streetscape and relates to both its neighbours, St Ronan's and The Bungalow at 5 and 6 Dryden Street.

[i] HSA DP No 882, probably concrete block and possibly the same sort as The Bungalow, 6 Dryden Street.