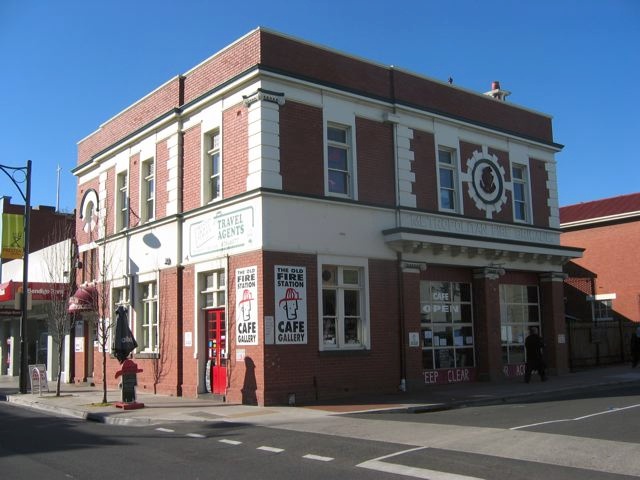 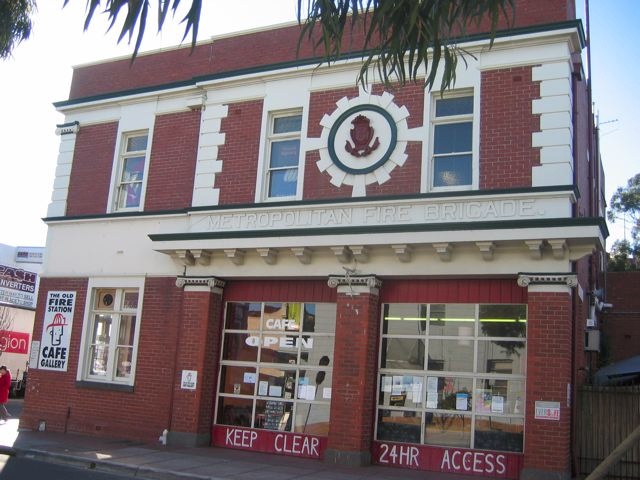 What is significant?
The former Metropolitan Fire Brigade station at Preston, designed by Cedric Ballantyne and constructed by 1912 is significant. The station comprises two, two-storey brick early twentieth century buildings. The elevations of the former station-house at the corner of High Street and Roseberry Avenue are asymmetrically composed in a Free Classical-style of restrained use of Classical motifs and elements. Its walls are faced in red brickwork, with render used for architectural embellishment including around doors and window openings, creating a blood and bandage effect. At the rear and facing Roseberry Avenue is a two storey brick building with a hip roof, which is built to the front and east side boundary. It has a tall chimney with a rendered cap and terracotta pots. There is a wide bank of white rendered cement under the eaves, which has small brackets. There is a tall double hung sash window with highlight in the ground floor adjacent to a recessed doorway. At the first floor level there is a large rectangular opening framing the balcony, which has centrally placed tall French windows (or doors). This building is connected to the main building by a single storey brick section set back from the street.

How is it significant?
The Metropolitan Fire Brigade station at Preston is of local historic and aesthetic significance to Darebin City.

Why is it significant?
Historically, the former Metropolitan Fire Brigade station at Preston is significant as an intact example of a suburban fire station, which demonstrates the way of life, accommodation and methods of work in fire stations in the early twentieth century. It is also significant as one of a number of civic/community buildings erected in this area in the early twentieth century, which demonstrate the development of Preston as it progressed toward becoming a city. (AHC criteria A.4, D.2, H.1)

Aesthetically, the former Metropolitan Fire Brigade station at Preston is significant as a fine example of an suburban fire station, and as a design by the noted architect Cedric Ballantyne of the firm Oakden and Ballantyne. (AHC criterion F.1)