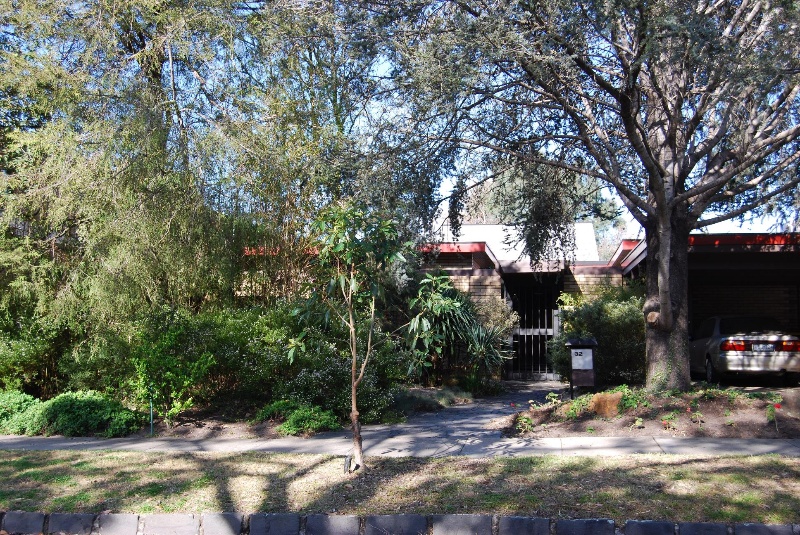 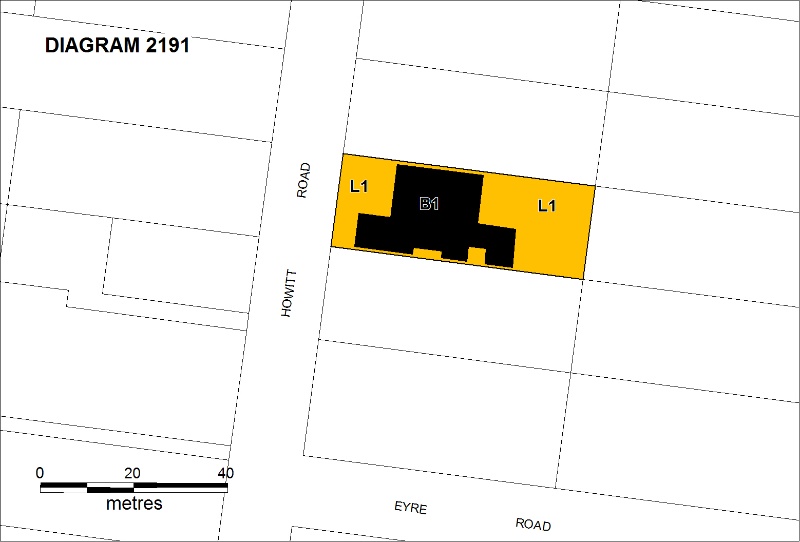 The residence at 32 Howitt Road, Caulfield North was designed in 1964 by Dr Ernest Fooks for himself and his wife Noemi, and completed in 1966. It was built by S&S Susskind Pty Ltd. Ernest Fuchs was born in Bratislava, Czechoslovakia on 6 October 1906 and was educated in Vienna, completing a degree in architecture and a doctorate in town planning. After escaping Europe's increasing anti-Semitism, he married Noemi in Canada before migrating to Australia, arriving in Melbourne in May 1939. He initially worked for the Housing Commission of Victoria before becoming the first lecturer in town planning at Melbourne Technical College (now RMIT). He changed his name to Fooks on becoming an Australian citizen in 1945. Dr Ernest Fooks established his architectural practice in 1948, which was highly successful, and he completed over forty blocks of flats, numerous houses, as well as commercial and education buildings. He published widely on urban design and town planning, and was also an accomplished artist, holding exhibitions over the period from 1944 to 1984. He was also involved with his wife Noemi in community life including the Jewish service organisation B'nai B'rith, and his prominence within the Jewish community was recognised through his commission to design the National Jewish Memorial Centre and Community FAciltiy in Canberra, completed in 1971. He died in 1985. Despite his prolific output in both built work and publishing, and coverage of his work in magazines such as Australian House and Garden, his work was not widely acknowledged in general architectural circles until recently.

The house is single storey, face brick, with a predominantly flat roof, punctured with a slate-clad mansard roof section providing north facing clerestory lighting. Deceptively unassuming from the street, it is a complex, multi-layered spatial composition, in a fully designed landscape. The flow from the front to the rear is through a series of spaces which vary in their degree of enclosure, entering through a courtyard with roof over the path only, through the main entrance into entry foyer with cloak and powder rooms, through to the picture gallery, which opens into the main living space with dramatic upsweeping timber battened ceiling. The design is enriched by the complexity and variety of finishes, with the floors of the different spaces changing from terracotta tiles entry foyer, to off-white terrazzo tiles of picture gallery, the living and dining spaces, herringbone patterned parquetry of the den and carpet in the bedrooms. The oiled teak built-in joinery throughout the house is carefully detailed and exquisitely crafted. The walls vary between face brick given strong horizontality with struck horizontal joints, and Japanese straw-coloured fabric-like wallpaper, also used for some of the built-in cupboard doors. There is a strong Japanese influence throughout the house and garden, from the landscaping of the front garden with its winding path of slate slabs with dark grey pebbles between, curved broken brick wall, pebbled courtyards, to the folding and sliding finely detailed timber screens inside, which separate the picture gallery, living, dining and den spaces.

The house including all built in joinery and light fittings, and its setting including all the hard landscaping are completely intact, and the garden retains its original plantings.

The Ernest Fooks House is of architectural, aesthetic and historical significance to the state of Victoria.

The Ernest Fooks House is of architectural and aesthetic significance as an intact, individual, and highly creative work combining analytical planning, aspects of Scandinavian and European modern design while incorporating principles of traditional Japanese architecture. It represents the most architecturally resolved of Fook's domestic designs, being a complex and carefully detailed multi-layered spatial composition in a fully designed landscape.

The Ernest Fooks House is also of architectural significance for its high level of craftsmanship in the joinery and finishes throughout the house, from the folding and sliding screens to built-in joinery items.

The house is of historical significance for its special association with Dr Ernest Fooks, a highly talented, progressive, European-trained emigre architect who made an important contribution to the architecture, town planning, education of architects and town planners, and to the cultural life of Melbourne in the decades immediately following the Second World War.