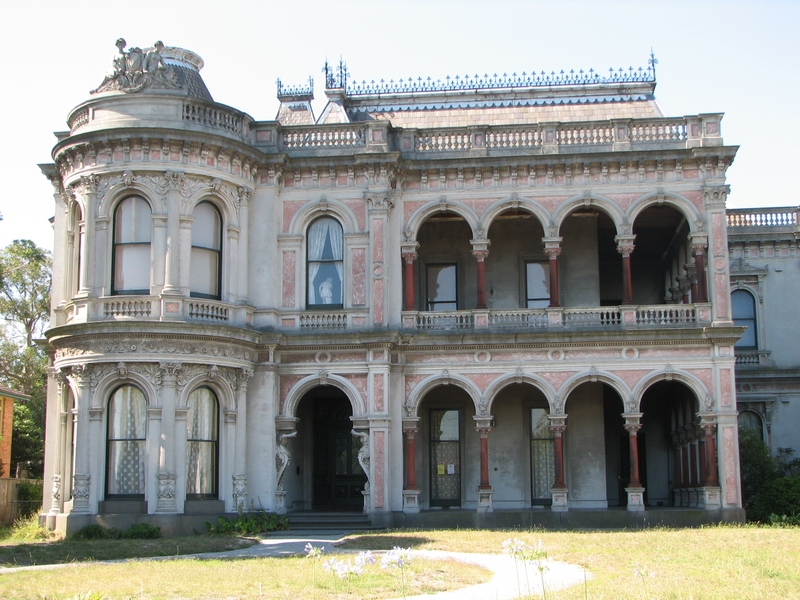 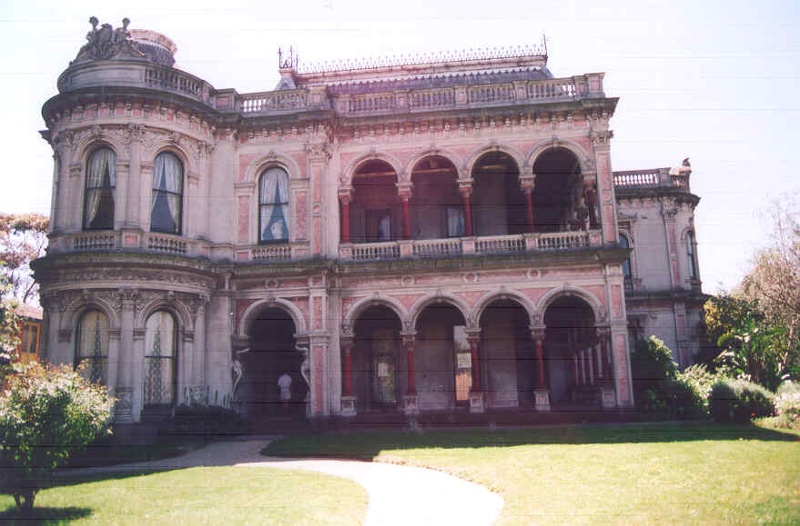 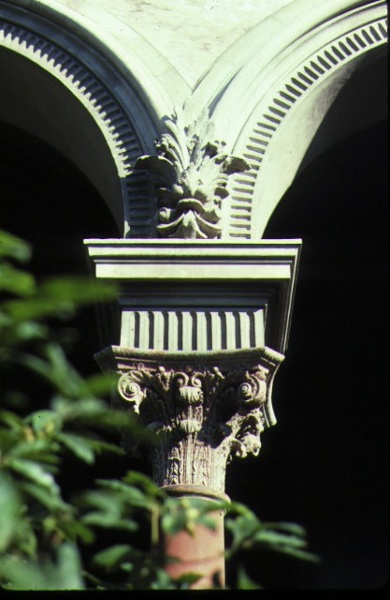 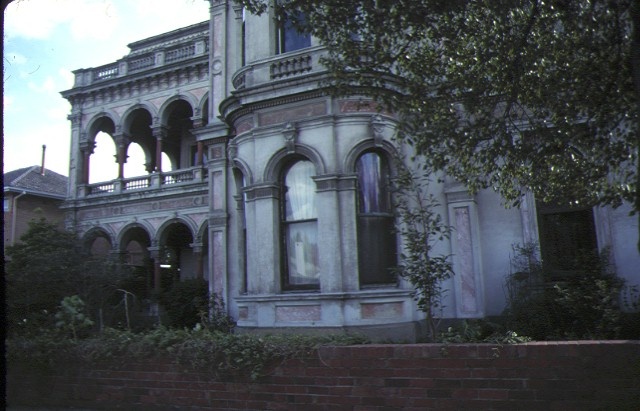 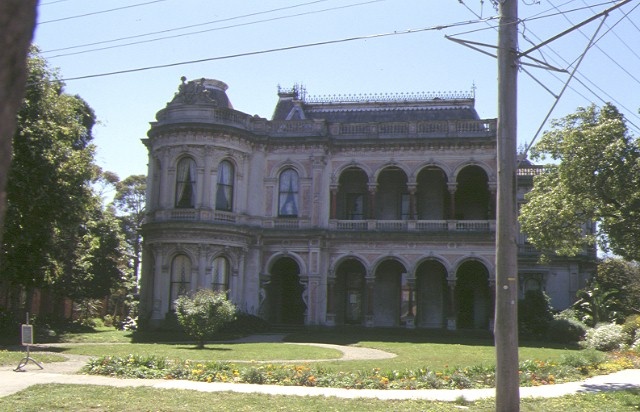 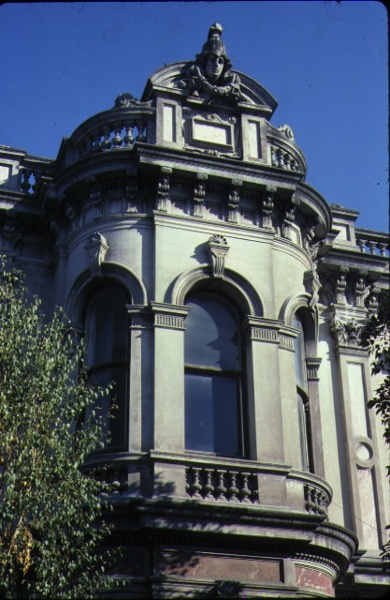 What is significant?
Labassa, Caulfield is one of Melbourne's most lavishly decorated nineteenth century mansions. It resulted from the extensive remodelling in 1890, of an earlier house, known as Sylliott Hill, which was begun in 1862-3 for lawyer, Richard A. Billing. The land at the corner of Balaclava and Orrong Roads was first acquired in 1854 by William Lyall, transferred to his partner, John Mickle, in 1859, who also acquired the adjoining allotment in Balaclava Road, and the three allotments were conveyed to Billing. His first eight-roomed house was extended significantly in 1873 into a twenty-roomed house by architects Crouch and Wilson, who were possibly also responsible for the first house. This reflected Billing's success as a barrister, and he resided at this property until his death in 1882.

In 1883 prominent Melbourne businessman, Alexander William Robertson, leased the Sylliott Hill property from Billing's widow, and in 1885 he purchased the adjoining allotment in Balaclava Road. He purchased the Billing's property in 1887 and renamed the 6.31 hectare property, Ontario. In 1889-90, Robertson commissioned the German born architect, John A. B. Koch, to extensively remodel the house into a thirty-five roomed mansion. The existing house was extended and altered, largely resulting in the nineteenth century mansion as it now appears. After Robertson's death in 1896, the house was tenanted until it was eventually sold to the mining millionaire, John Boyd Watson, in 1904. He renamed the property Labassa and carried out repair and re-decoration work to the house.

In the early twentieth century, many large estates were subdivided into smaller allotments as the demand for land grew and it became difficult to maintain such large estates. After Watson's death in 1911, portions of the Labassa estate were offered for sale, with Mrs Watson retaining a 1.73 hectare portion containing the house. In 1913 forty-six allotments were auctioned at Labassa Estate, with the formation of Labassa Grove and Ontario Street to the east of the property.

Labassa was first recorded as containing flats in 1923 and in the late 1920s, the owner, Robert Hannon, built a red brick block of flats adjacent to the house. Subdivision continued, until the National Trust of Australia (Victoria) purchased the house in 1980 and subsequently purchased adjoining sites, one to the south-east in 1984 (house demolished in 1988) and to the west in 1988.

Labassa as it now stands is substantially as it appeared when Koch completed the work in 1890. The original two storey house was transformed into a French Renaissance style mansion, with the addition of a two level L-shaped arcaded verandah and two prominent terminating bays to the south and the east. The building is of unpainted cement render with dressed bluestone plinths, balustraded parapet and steep, slate covered, flat topped mansard roofs behind. A truncated conical roof is a feature of the south bay and a helmeted head is incorporated in the parapet over the east bay. The main south and east facades incorporate many cast cement details, including sculptures, elaborate cornices, swagged Corinthian columns and caryatid consoles flanking the entrance porch, as well as pink marble panels and imitation marble, or scagliola, on curved surfaces.

At the rear of the building is a two storey wing and a single storey cottage, the former being connected to the main house by a tower. This section of the house was constructed in 1873. The estate at its peak included stables (1873), conservatory (probably 1890) and a tennis pavilion (probably 1890). All of these outbuildings survive, with the stables and conservatory being converted for residential use after 1922.

Internally a range of decorative treatments remain from the late nineteenth century and the early twentieth century, both from the Robertson and Watson periods of occupancy. These include wallpapers, ceiling decoration, chimney pieces, mouldings, joinery and decorative glass.

How is it significant?
Labassa, Caulfield is of architectural, aesthetic and historical significance to the State of Victoria.

Why is it significant?
Labassa, Caulfield is of architectural significance as the most prominent example of a small number of houses built in Australia in the French Renaissance style. It is of further note due to the German interpretation of the style and the use of Hellenistic sources, via Germany. It is exceptional for its lavish treatment externally, including marble, scagliola, caryatids, swagged columns, mansard roofs and ornamental cresting.

Labassa is of architectural significance as the most important surviving example of German architect, John Koch's domestic work. He undertook a large variety of work in Melbourne, including a number of houses, however Labassa is the most lavish example of his work.

Labassa is of aesthetic significance for its outstanding assemblage of late nineteenth and early twentieth century European style interior decoration, which remain remarkably intact. These include a trompe l'oeil ceiling, painted ceilings, embossed imitation leather and other papers, chimney pieces, ceramic tilework, oak parquetry and stained glass, including a tripartite window by Ferguson and Urie, probably dating from the 1873 period.

Labassa is of historical significance as an illustrative example of the wealth acquired by a number of prominent Victorian families in the second half of the 19th century. The early development of the property, Sylliott Hill, was due to the wealth acquired by Richard Billing, barrister and fifth Victorian to be appointed Queen's Counsel in 1878. The significant development in 1890 of Ontario, is illustrative of the wealth of Alexander Robertson, a partner in Cobb and Co., a director of Goldsborough Mort & Co., and a pastoral speculator. John B. Watson, whose father had acquired great wealth from the goldfields of Bendigo and subsequently invested in city and country properties, was the third resident to impact on the house, particularly the interiors.

The Labassa estate is of historical significance as an illustrative example of the development that occurred in such suburbs as Caulfield in the 1880s due to the land boom, its proximity to Melbourne and the establishment of the Melbourne to Gippsland railway in 1879. It is also illustrative of an estate which succumbed to the pressures of subdividing in the early twentieth century, as properties became difficult to maintain and demand for land close to the city grew. It was typically divided into flats in the 1920s and was used as such for about sixty years.

It is of historical significance for its associations with the remnants of the earlier estate which remain extant. These include the stables, conservatory (H2005) and tennis pavilion which all remain on separate sites. Also significant are the remains of early electrical wiring and fittings. Labassa was one of the first houses in Caulfield to be electrified and some of the original wires remain.
[Online Data Upgrade Project 2004]

In his sublime elegy "Five Bells";, Slessor quotes words of the deceased Joe Lynch who had once resided in Melbourne: "At Labassa. Room 6 x 8 On top of the tower; because of this, very dark And cold in winter..."