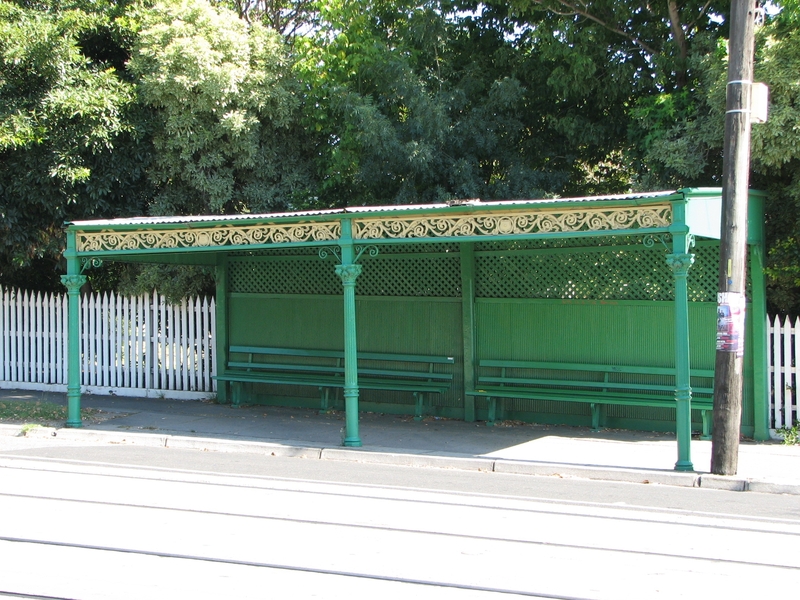 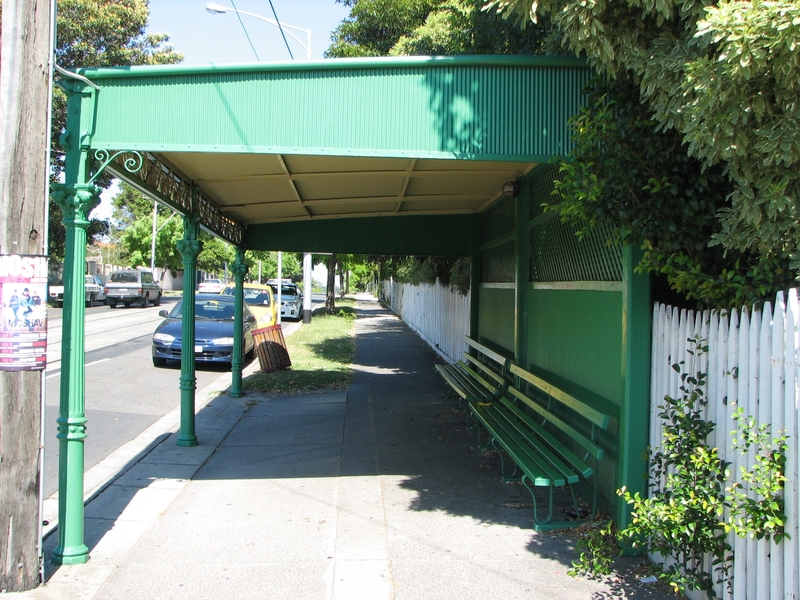 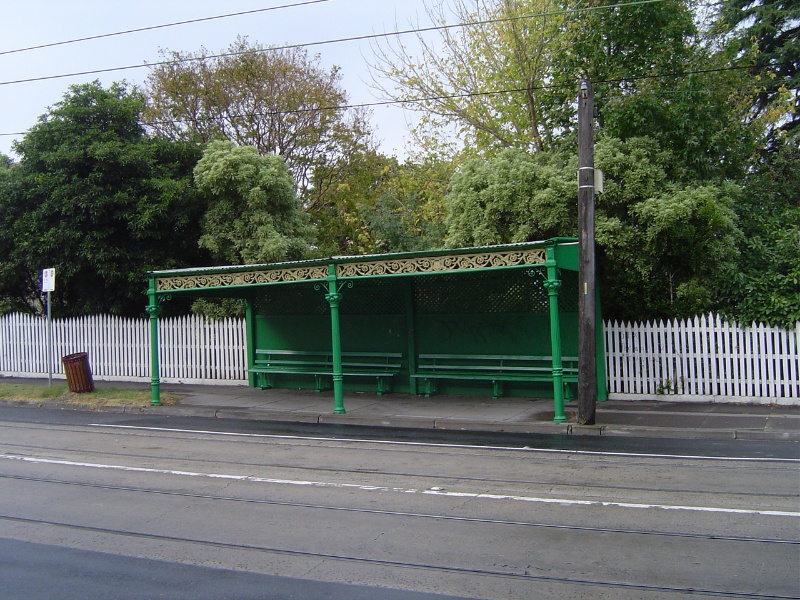 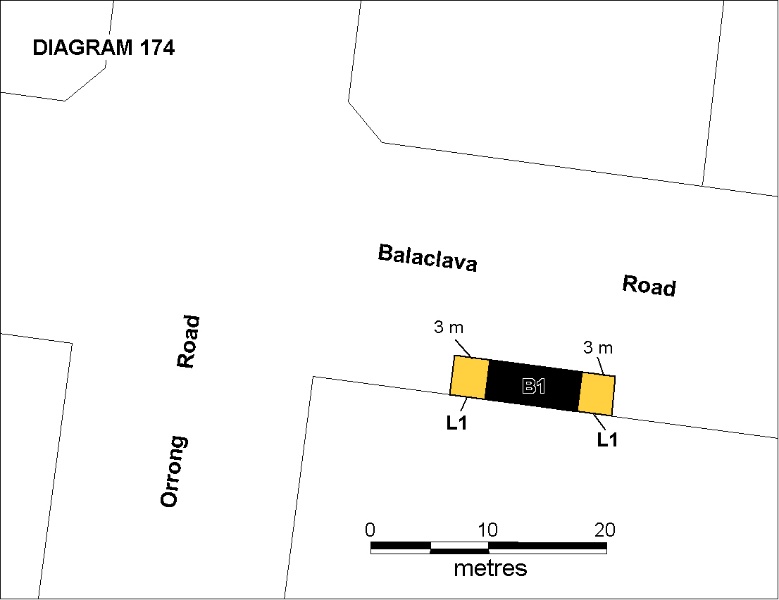 What is significant?
The waiting shelter at the corner of Balaclava Road and Orrong Road, Caulfield was constructed in 1916/17 for the Prahran and Malvern Tramways Trust and is one of only three remaining tram shelters in Melbourne designed in the form of a verandah.

The shelter has a corrugated iron roof fixed to an angle iron roof frame. The roof, which extends in the form of a skillion over the pavement, is supported on three squared, chamfered timber posts at the rear and three cast iron reeded columns with round bases and Corinthian capitals at the front. (The columns are hollow and function as downpipes, with rainwater discharging from the verandah roof, through the columns and under the ground). The shelter has a rinceau pattern frieze along the road frontage with centrally placed shield motif (which does not contain a coat of arms). The side and rear panels are lined with ripple iron and the upper panel at the rear is lattice work. The shelter has two timber slatted bench seats.

How is it significant?
The waiting shelter at the corner of Balaclava Road and Orrong Road, Caulfield is of historical and architectural significance to the State of Victoria.

Why is it significant?
The waiting shelter is of historical significance for its association with the development of the suburban (electric) tram network which assisted the expansion of Melbourne as a suburban metropolis. It is also of historical significance for its connection with the Prahran & Malvern Tramways Trust. The Prahran & Malvern Tramways Trust (1907-1920) was the first municipal electric tramway in Melbourne, becoming the largest and most successful of all the municipal tramway trusts. Its services played a key role in facilitating suburban expansion and the development of the southern and eastern suburbs. The growth of tramways was one of the greatest municipal developments in Victoria during the first decade of the twentieth century. The waiting shelter is an important remnant of this period of Melbourne's transport history and a tangible reminder of the Prahran & Malvern Tramways Trust. The shelter indicates the extent of the Prahran & Malvern tram network.

The waiting shelter at corner of Balaclava Road and Orrong Road, Caulfield is one of only three remaining tram shelters in Melbourne designed in the form of a verandah.

The waiting shelter is of architectural significance for the distinctive design and construction which is unique to the Prahran & Malvern Tramway Trust tram network. The shelter was designed by notable Melbourne architect Leonard J. Flannagan (1864-1946). Flannagan was responsible for a number of buildings for the Prahran and Malvern Tramways Trust including the early waiting shelter at the junction of Dandenong Road and Hawthorn Road, Caulfield, and sections of the tram depot at Malvern, and also designed a depot for the Hawthorn Tramways Trust. The waiting shelter, a conservative design influenced by Victorian architecture, is based on the Melbourne City Council late 19th century standard cast iron verandah. It is of significance as an intact example of the cast iron type shelter and for its detail, including Corinthian columns and a 'rinceau' pattern cast-iron frieze. The shelter is largely in keeping with the original design and retains its integrity.

The cast iron waiting shelter is also of significance as an unusual example of early twentieth century street architecture.