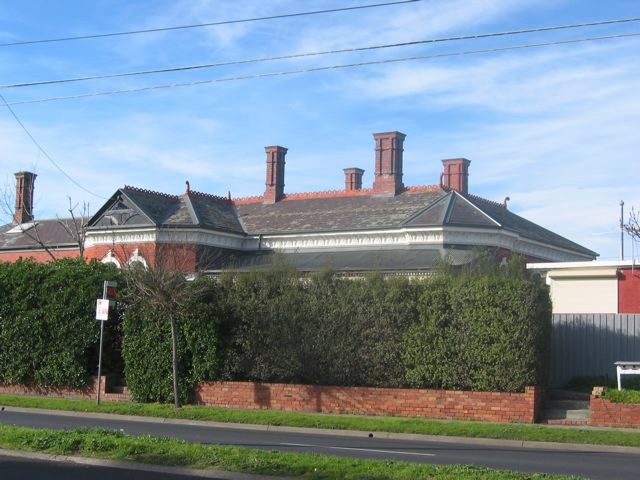 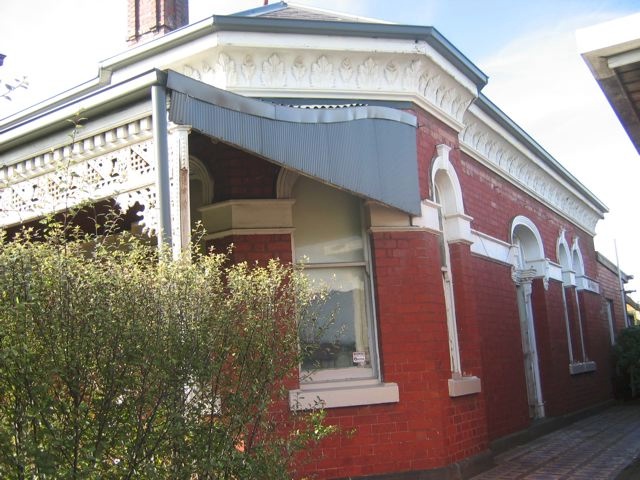 What is significant?
The house at 172 Albert Street, Preston, constructed c.1890 for Thomas Bransgrove, is significant. It is a substantial late Victorian brick house with a hipped and gabled roof clad in slate tiles and with terracotta ridge cappings and finials. Towards the ridge of the roof of the main part of the house are four brick chimneys, which have bands of horizontal and vertical detailing. What was formerly its side entrance (The primary facade faces south) is now the house's main entrance and to the north of the house is a brick wing with a hipped roof clad in slate tiles, which may have been originally the rear kitchen wing of the dwelling. This wing has a brick chimney that is similar to those on the main part of the house. A skillion addition extends along part of the east elevation of the house. The south verandah has been removed, however its base is still extant. The verandah on the west elevation is intact. It has cast iron lace on its frieze and cast iron brackets at its posts and the floor is clad in tessellated tiles. The windows of the house are timber frame double-hung sashes, which are fitted in semi-circular arched window openings. A rendered moulding extends across the upper portion of the walls at the springing line of the arches of the windows. There is also a rendered frieze with decorative mouldings below the eaves of the house. The walls of the house sit upon a bluestone plinth. The sills of the windows are bluestone, but are now painted.

Non-original alterations and additions to the house and the post-war buildings on the site are not significant.

How is it significant?
The house at 172 Albert Street, Preston is of local historic and architectural significance to Darebin City.

Why is it significant?
Historically, the house at 172 Albert Street, Preston is significant as a representative example of the substantial farmhouses built in Darebin at the end of the nineteenth century. It is significant for its strong associations with the Bransgrove family. The significance of the place is enhanced by its rarity value as one of the few farm houses to remain in this part of Darebin (AHC criteria A.4, B.2, D.2, H.1)

It is architecturally and aesthetically significant as a good example of a substantial Victorian Italianate villa, with features that are characteristic of this style and period. The house is notable for the fine level of detailing, which sets it apart from other examples in Darebin. (AHC criterion D.2, F.1)