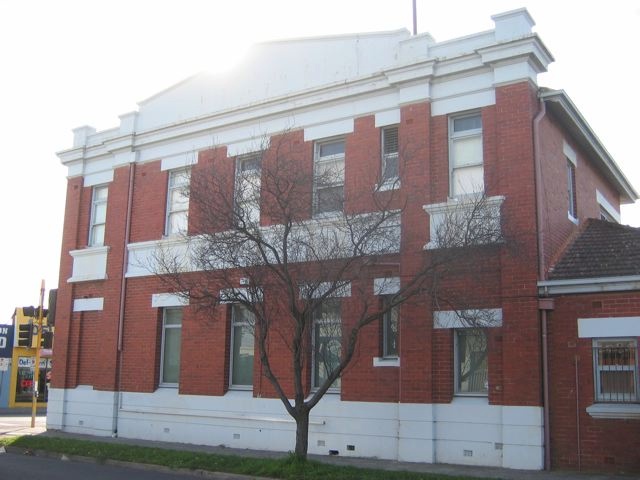 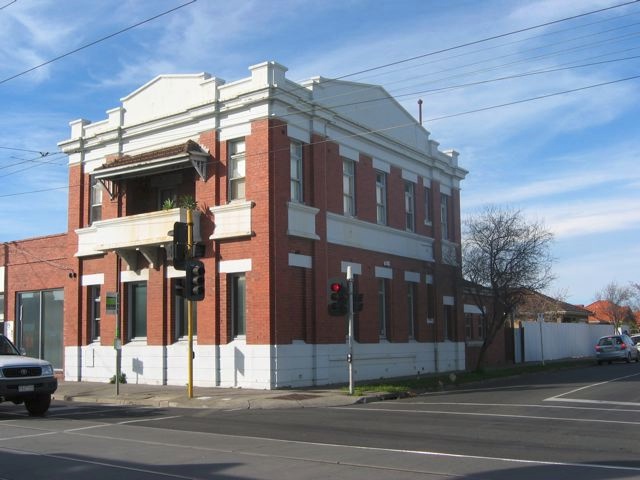 What is significant?
The former State Savings Bank of Victoria at 600 Plenty Road, Preston, erected c.1928, is significant. It is a two-storey red brick building designed in a Free Classical-style, which sits upon a rendered brick base. The ground floor of the west (Plenty Road) elevation is divided into four bays, which are all glazed. The corner bay was probably the original entrance and was glazed-in at some stage in recent years. The upstairs of this elevation has a projecting balcony with a terracotta clad hood, supported by timber brackets. Windows that have rendered panels below them flank this balcony. The parapet, which has a pediment, is also rendered. The south (Wood Street) elevation is relatively restrained in its use of architectural embellishment, but has rendered elements that are similar to the Plenty Road elevation. A single-storey brick wing is at the rear of the building in Wood Street. It has a terracotta hipped roof. The wing is contemporaneous with the two-storey corner section of the building and contributes to the significance of the place.

The single-storey brick wing, probably of more recent origin, extending along the Plenty Road boundary to the north and other non-original alterations and/or additions are not significant.

How is it significant?
The former State Savings Bank of Victoria at 600 Plenty Road, Preston is of local historic and architectural significance to Darebin City.

Why is it significant?
Historically, this branch of the State Savings Bank of Victoria is significant for its associations with the State Savings Bank of Victoria, which was a major financer of mortgages to Victorians, and through its loans and other services enabled many Victorians to become homeowners. It is a representative example of the suburban branches of the bank that were erected during the inter-war period during a major period of expansion by the SSBV. The establishment of this branch in c1928 is also associated with an important phase growth of residential development in Preston at this time. (AHC criteria A.4, D.2)

This branch of the State Savings Bank of Victoria is architecturally significant as a representative example of a suburban branch of a bank built in the Free Classical Style, which assists in illustrating the trend away from historic styles and towards modernism (AHC criteria D.2, F.1).