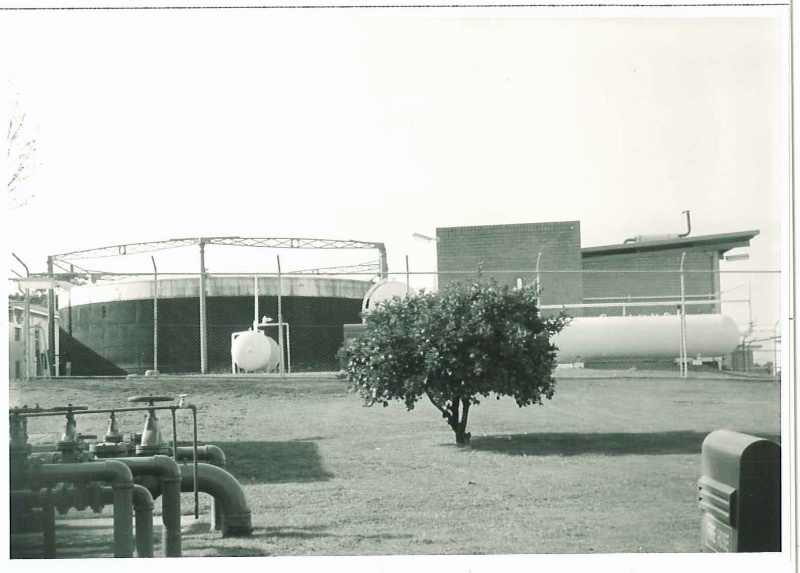 This 1870s gas holder, which survives on the Gas & Fuel Corporation site in Craig Street, has state significance as a substantially intact and rare survivor. There are almost no other surviving examples of these industrial structures, which were once common throughout metropolitan Melbourne and in major Victorian country towns. By 1985 the North Melbourne Gas Holder was the only one surviving in the metropoitan area. One survives at Bendigo and other country gas holders may survive at Horsham, Warrnambool and Ararat. (i) The Hamilton gas holder dates from October 1877 when the Hamilton Gas Company called for tenders. (ii) Work began at the end of 1877 and the town was first lit by gas on 11 May 1878. (iii) The provision of gas and street lighting represented a major step forward in municipal development.

Hamilton was slower in obtaining gas lighting than other Victorian country towns of similar size such as such as Dylesford, Kyneton, Stawell and Warrnambool. The Hamilton Gas Company was floated in February 1877 with the journalist, G H Mott, as chairman. Directors included Sigismund Jacoby, Isaac Routledge, W Thomson, and T Walker. Thomas Bowman, from the Warrnambool Gas Company, designed the works and became the manager. (iv)

The structure is thoroughly functional in style and form, remains significantly intact and is in good condition. It was once supported by a complex of brick buildings but all of these have been demolished.