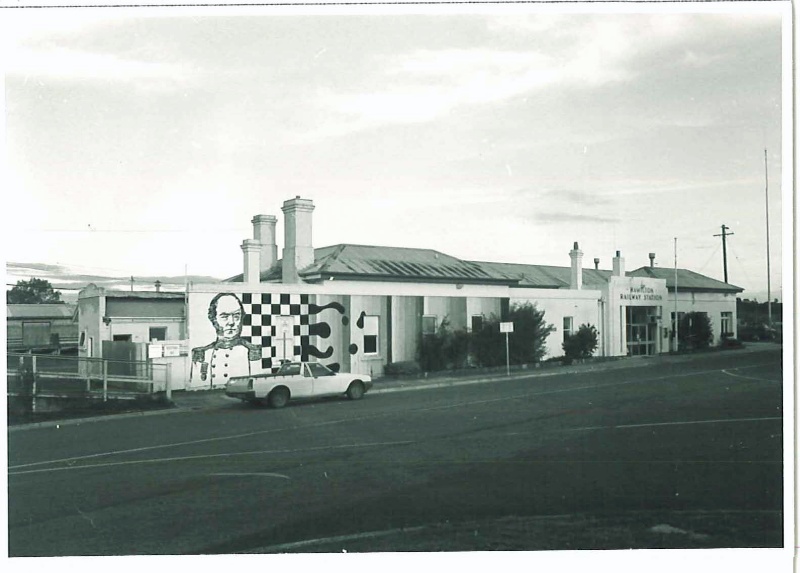 SIGNIFICANCE: Main focus for transport for 50 years and the key building in the complex of railway buildings and associated buildings.

STATEMENT OF SIGNIFICANCE
Hamilton Railway Station
Station Street
The Hamilton Railway Station is of local significance for its architecture and its historical associations with fifty years of dominance in transportation. It was built in 1877 after much political wrangling and served the town well during the heyday of the railways. (i) It was a conventional design for a major town. That dominance was threatened by the development of motor transport and took a particular twist in Hamilton with the emergence of Reg Ansett and his transport empire based on both the road and the air. (ii) The Victorian Railways revamped the station building in the up-to-date Art Deco style but unsuccessfully in the longer term. A similar attempt at revamping the image of the building can be seen in the more recent Major Mitchell mural.
The integrity of the building has been compromised by these historic alterations. It is in poor condition. It forms the focus for the complex of other railways buildings and associated properties including the guest house at 2 Brown Street which has shared its decline and Railways Institute Building now used as the Hadden Theatre.