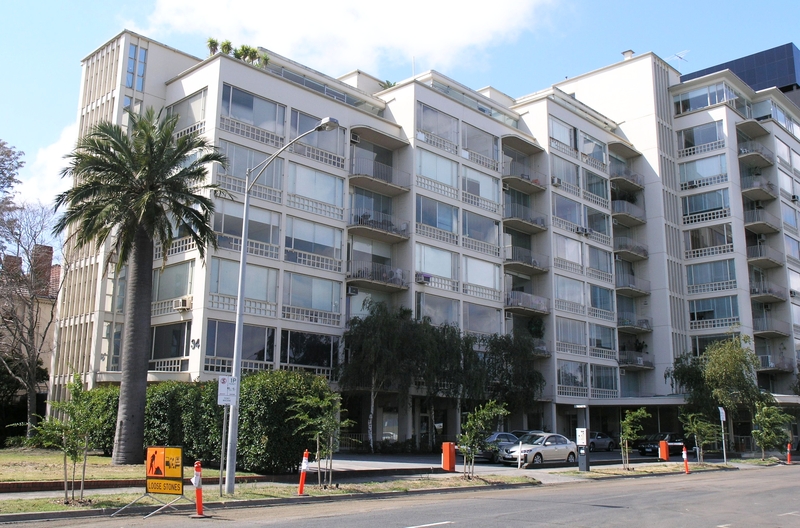 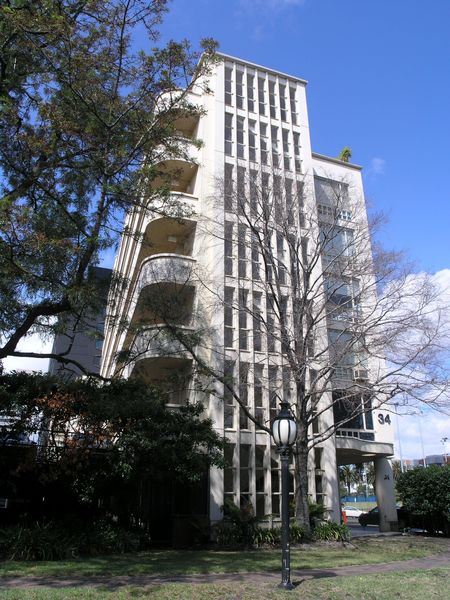 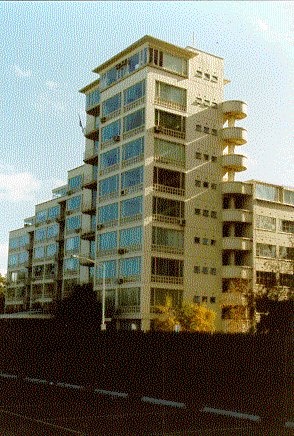 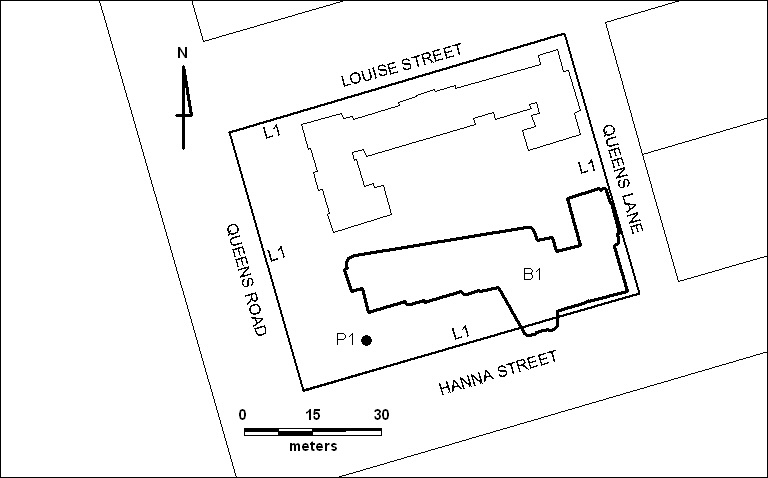 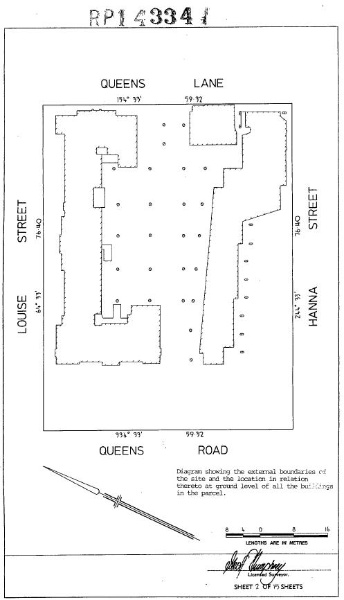 What is significant?
Stanhill is a nine storey block of flats in South Melbourne, designed in an inter-war Functionalist style by renowned emigre architect Frederick Romberg. Considered to be the most impressive of his works, it was designed in 1942 but not completed until 1950.

The flats are of finely executed off-form concrete construction with sophisticated steel and glass detailing. The building is asymmetrically massed with stepped plan and elevation. The southern facade is of concrete frame containing large areas of flush glazing, with individual thin slab balconies and slim iron railings. Four main masses are stepped back at a slight angle to allow privacy and to give views to all. The northern facade is strikingly different, with a broad and fluid sweep of open access galleries shading glazing to cill height . The galleries are connected to a closed stairway at the Queens Road end, to the central lift tower, and to the sculpted open stairway at the eastern end. The roof sports attic flats and roof gardens, stepped down towards Albert Park. The building is in excellent condition, though altered internally to accommodate professional suites since the 1970s. The mature Chilean Wine Palm near the south east corner of the building predates Stanhill and has become a landmark of the site.

How is it significant?
Stanhill is of architectural, historic, and aesthetic significance.

Why is it significant?
Stanhill is architecturally and aesthetically significant as the most ambitious and accomplished project by the renowned emigre architect Frederick Romberg. The design of Stanhill is a rigorous and coherent application of Functionalist principles, combined with Romberg's individualistic interpretation. Stanhill stands apart from more derivative Internationalist compositions by many other architects of the time and subsequently.

Stanhill is of historical significance for its ability to illustrate the high point of a cosmopolitan and metropolitan direction in urban dwelling styles in large Australian cities mid-century. Stanhill is a leading and innovative example of the few large scale and tall luxury flat developments built in the Melbourne in the mid twentieth century, and the first tall residential development on St Kilda Road. Stanhill marked the end of a trajectory in flat developments prior to a turn to the suburban dreaming and the social engineering of state housing projects.

Stanhill demonstrates outstanding quality in integrated design and construction for its period, consummately incorporating fluid forms and smooth and fluted finishes in off form concrete, as well as closely allied and subtle detailing in glass and steel window framing.
Show more
Show less
All information on this page is maintained by Heritage Victoria. Click below for their website and contact details.