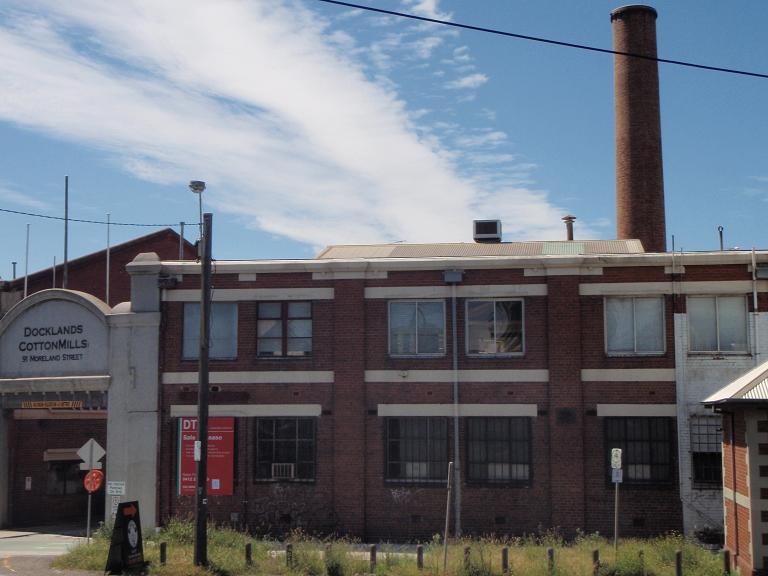 The Barnett Glass Rubber factory is of historical and architectural significance at the state level as an extensive and thoroughly executed industrial complex which demonstrates both the commercial status of Barnett Glass Rubber and the distinctive form of early twentieth century multi-storey manufacturing building, a type of building developed in British textile mills and reaching its peak by this time. Later textile mills were of single storey saw-tooth roof and clear-span form. While the types of products of the various occupants may still be found, the form of manufacture - labour intensive and in multi-storey complexes - has changed dramatically. (Criterion B2) With its dramatic brick chimney and densely built red brick processing buildings, the works is architecturally notable for its particularly unified design on a massive scale representing the heights of industrial developments of the early 20th century. (Criterion D2) As such the factory is possibly the best example of the multi-storey mill design perfected in Britain in the late nineteenth century to make best use of congested urban sites, but only rarely transferred to Australia. The site therefore demonstrates the diversity of industrial forms which make up the history of manufacturing in Australia. (Criterion A3) The site has a historically significant association with several major industries including an Australian first in rubber manufacture and one of the largest cotton mills in the country.

(Criterion F1) The existing building predominantly reflect the operation of Barnett Glass Rubber under whom the major part of the present works was constructed, and to a lesser extent the activities of Bradford Mills. (Criterion A4) Barnett Glass was one of Australia's more successful entrepreneurs and responsible for the introduction of rubberised clothing and early manufacture of motor tyres. (Criterion H1) Elements of the 19th century industrial complex may also be represented in the chimney and boiler.

Architecturally the complex is large, visually interesting and cohesive comprising an internal informal court (entered through a more formal corner portal) and possessing a cohesive architectural treatment on the north and east sides of the complex with a visually related perimeter to the west. Historically it possibly possesses remnants from 19th century industrial complexes (boiler, chimney) but is substantially related to the well-known Barnet Glass company of which little else remains in the way of large factory complexes in the State also, to a lesser extent, the site reflects occupation by the Bradford mills and perpetuates the long history of industrial development along the river in this locality.