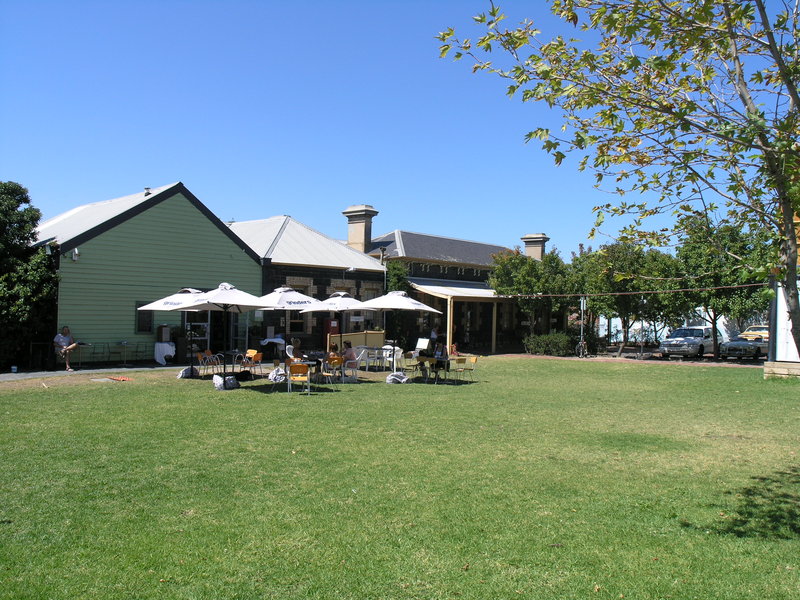 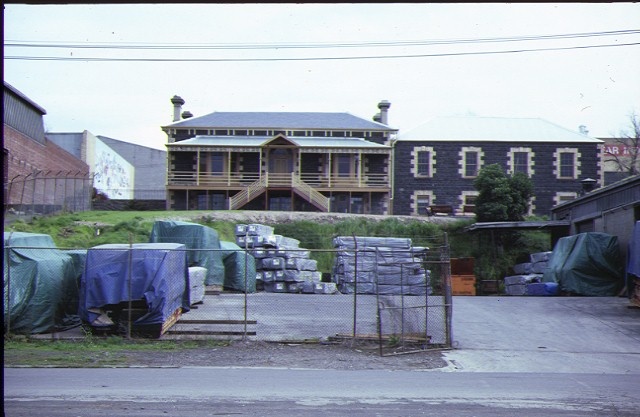 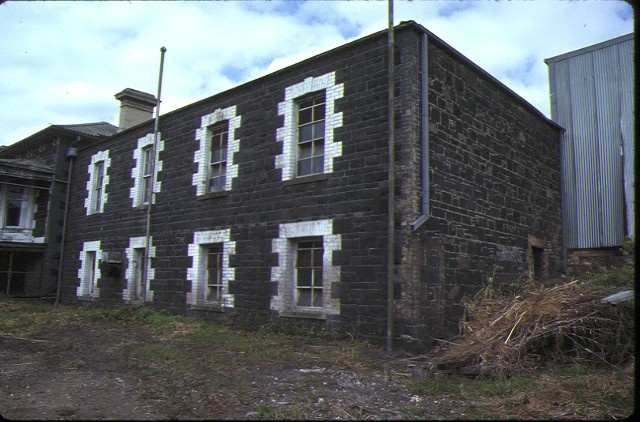 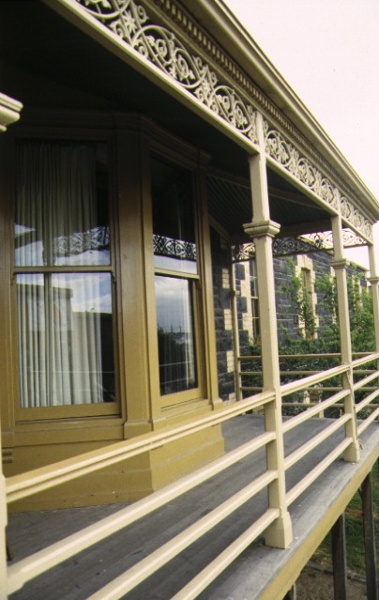 What is significant?
Henderson House was constructed in Moreland Street, Footscray on the Saltwater (Maribrynong) River in 1872-3 for Samuel Henderson. Known as Henderson's Piggery, it was part of an extensive quadrangular complex which included a factory for ham and bacon curing, and an associated residence. The house and attached curing works building remain from this original complex.

The township of Footscray developed at the site of the first punt across Saltwater (Maribrynong) River, which allowed direct travel to the west from Melbourne from 1839. The area developed as an industrial centre in the 1870s and this resulted in the construction of factories particularly along the river. A number of Melbourne's more offensive industries, such as meatworks, were established in Footscray and in surrounding regions. Between 1870 and 1872, Samuel Henderson occupied, and then owned, a curing and slaughter house on the Melbourne Road, which had been established in the late 1860s by William Smith, ham curer.

In 1872-3 Henderson relocated his operations to new premises he had built in a convenient location between Maribrynong Street on the west bank of the Saltwater River and Moreland Street. The extensive complex of buildings was constructed around a courtyard and consisted of a house, a main factory building and other associated buildings, including a boiler house and chimney. A lithograph, executed by S. T. Gill in 1873, records these buildings as well as a formal geometric garden which extended down to the river front.

The main buildings were constructed of coursed rubble bluestone, with cream brick dressings as quoining around openings, and had slate roofs. The Italianate house, sited to face the river, was designed with an elevated verandah, a central entrance flanked by polygonal bays and a basement below.

By 1874 Henderson had sold the property and it has since had a number of owners and uses. Swallow and Ariell, biscuit manufacturers, occupied the site from the 1920s, and Lempriere and Company Limited, metal merchants, from the late 1950s. Many of the buildings were demolished in the late 1960s and the residence and adjoining curing building remain.

The Footscray City Council purchased the site in the late 1970s and it has been adapted for use as the Footscray Community Arts Centre.

How is it significant?
Henderson House, Footscray is of historical and architectural significance to the State of Victoria.

Why is it significant?
Henderson House, Footscray is of historical significance for its association with the development of principal river frontages for industrial use in Victoria in the nineteenth century. It is a rare surviving example and is illustrative of the development of this location in Melbourne as a busy industrial centre and, in particular, as the selected location for such offensive industries as meatworks.

Henderson House is of architectural significance as a rare and partly extant example of a combined residential and industrial complex.