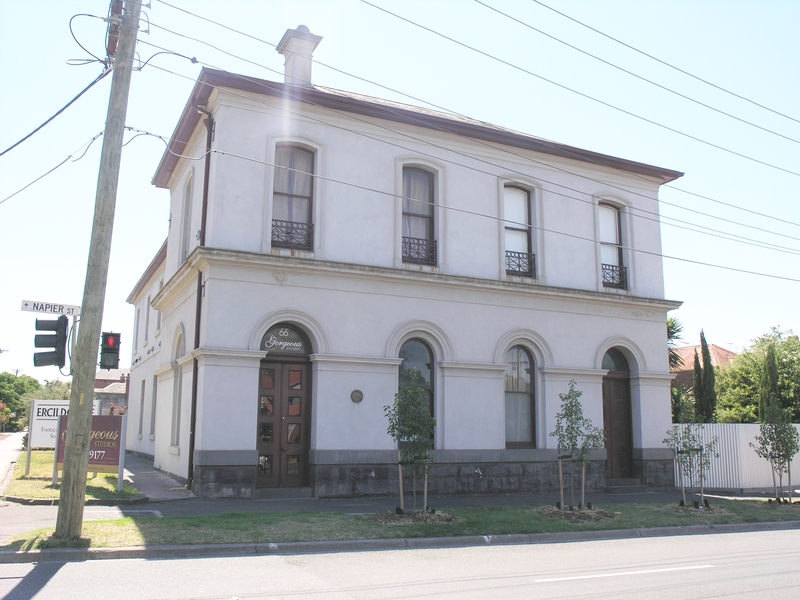 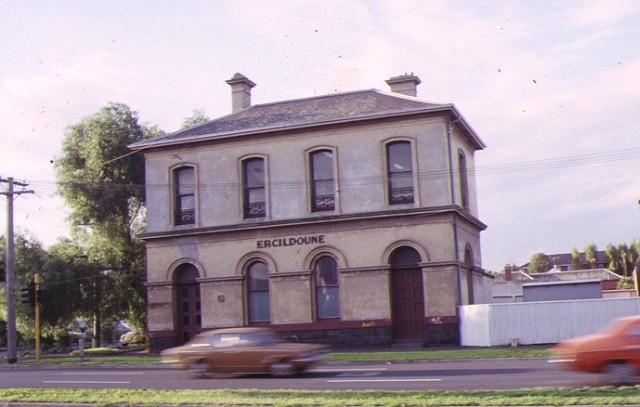 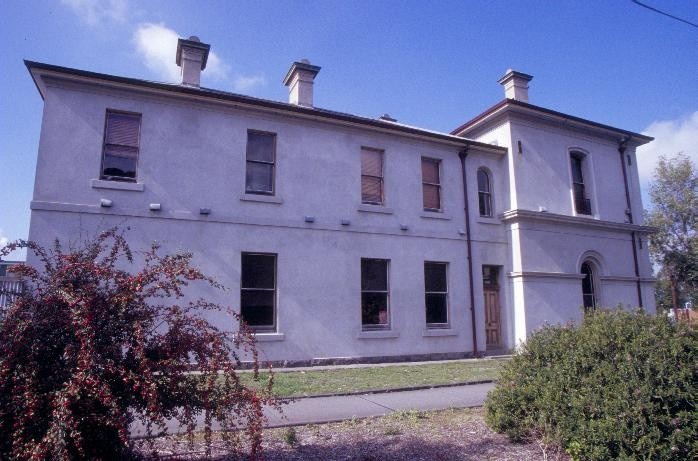 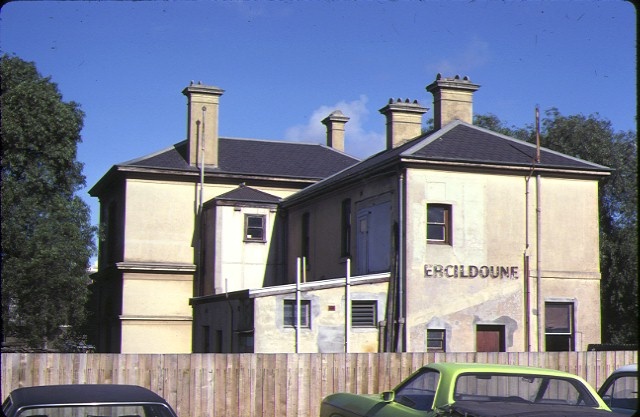 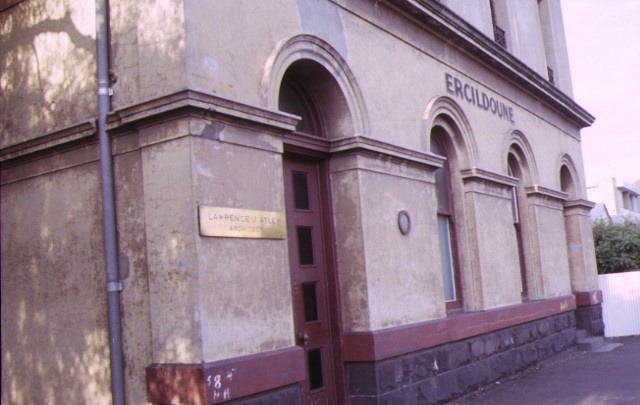 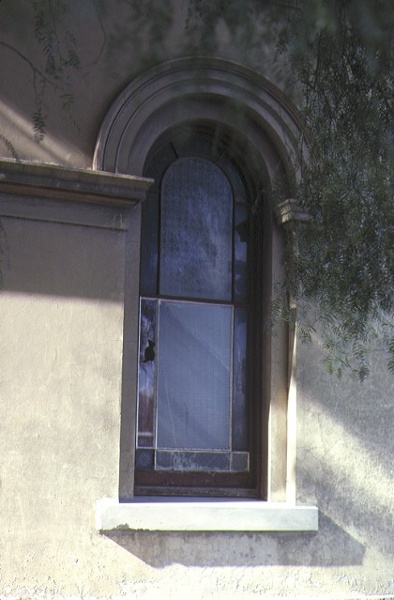 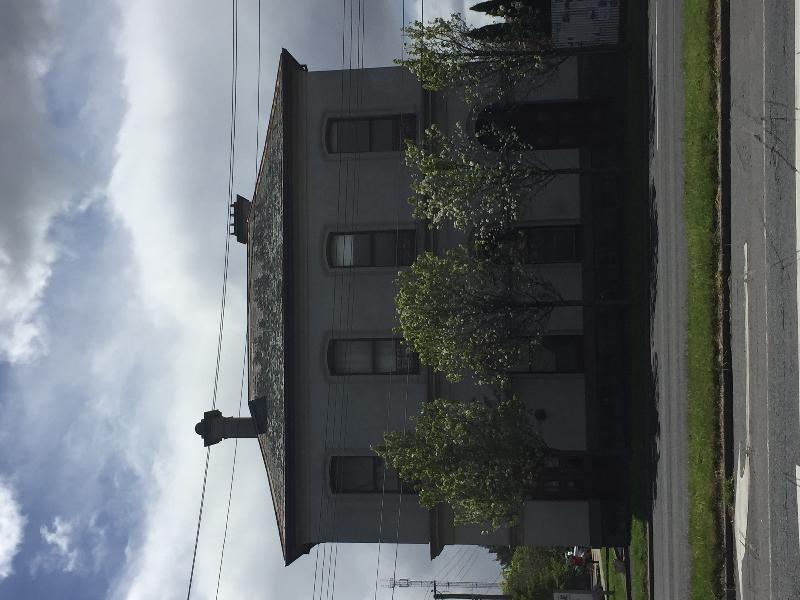 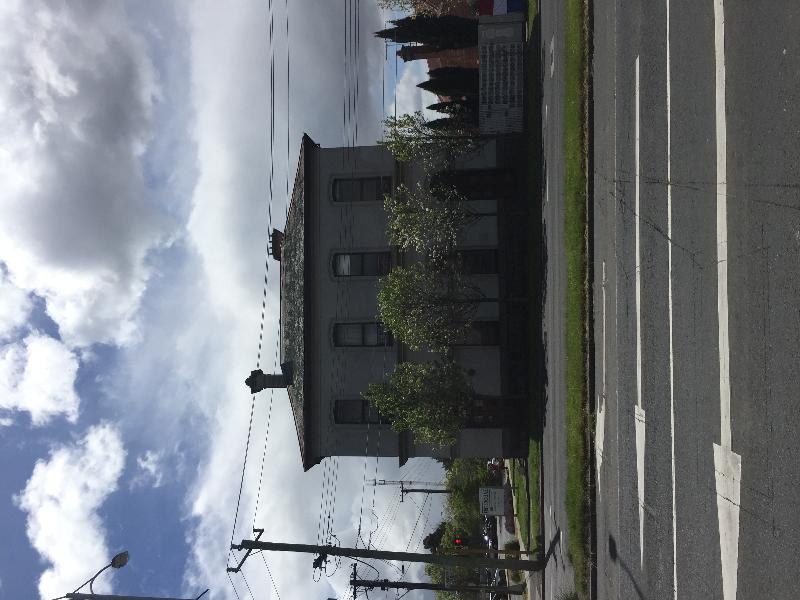 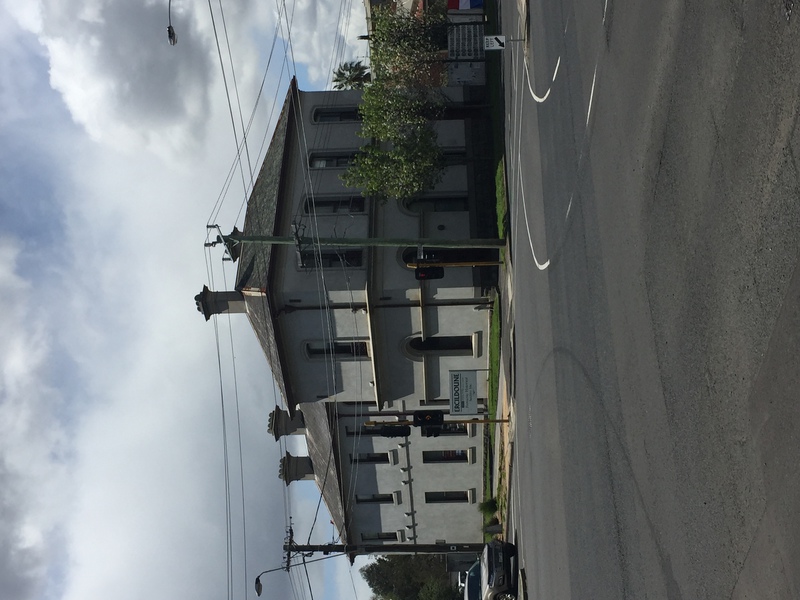 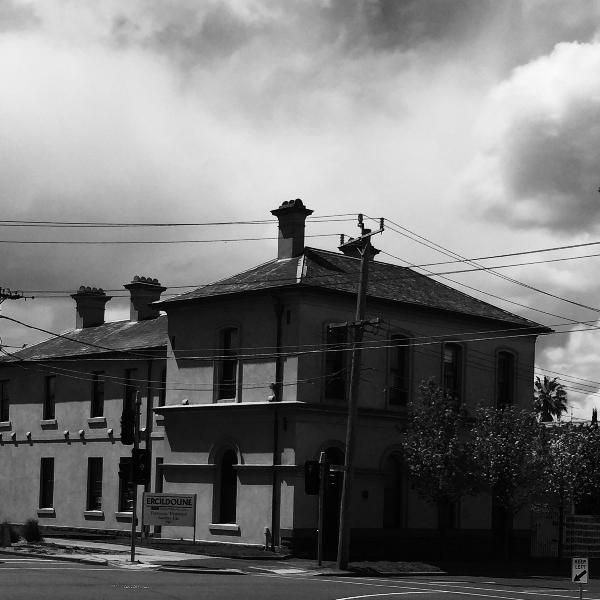 What is significant?
Ercildoune was built for the National Bank of Australasia in Napier Street, Footscray in 1876, to designs by prolific bank architects, Terry and Oakden. The Footscray branch of the National Bank opened in temporary premises in 1872 and in 1873 the present bank site, on the corner of Napier and Hyde Streets, was purchased. The National Bank remained in this location until 1918 when it relocated to the Colonial Bank building in Barkly Street when the banks amalgamated in 1918. From 1919 the building was used as a residence and later it was divided into flats. The building was purchased by the Footscray Historical Society in 1970.

Ercildoune is a rendered bluestone building designed in a simple classical style. It comprises two, two storey sections, the main one originally containing the banking chamber and manager’s residence above, and the rear section housing the service wing. Both sections have hipped slate roofs and simple detailing. The main facade of the building is symmetrically composed with two entrances and two windows, all arched, on the ground floor. Four corresponding windows at first floor level have segmental arches and iron balustrade panels set within the reveals. A substantial cornice divides the two levels.

The only addition made to the building since construction is a toilet block adjoining the service wing. The building remains largely intact with such details as the encaustic tile floor of the original banking chamber being retained. The building was restored in 1975.

How is it significant?
Ercildoune is of architectural and historical significance to the State of Victoria.

Why is it significant?
Ercildoune is of architectural significance as a fine example of the conservative classical work of prolific bank architects, Terry and Oakden. Leonard Terry designed the majority of National Bank buildings before his death in 1884 and the firm, under various names, received commissions from most Victorian banking companies. Terry’s work epitomises the conservative classicism of many bank buildings designed from the 1860s and, as such, his banks form an important group.

Ercildoune is of historical significance as an illustrative example of the early commercial development of Footscray and as the oldest surviving bank building in the area. It is one of only a small number of commercial buildings which survive in this original centre of Footscray. From the late 1880s emphasis shifted to Barkly and Nicholson Streets to the north-west, and this subsequently developed as the commercial centre. The scale of the building, and the incorporation of a residence for the manager, demonstrates the importance of the bank at that time.
[Online Data Upgrade Project 2004]