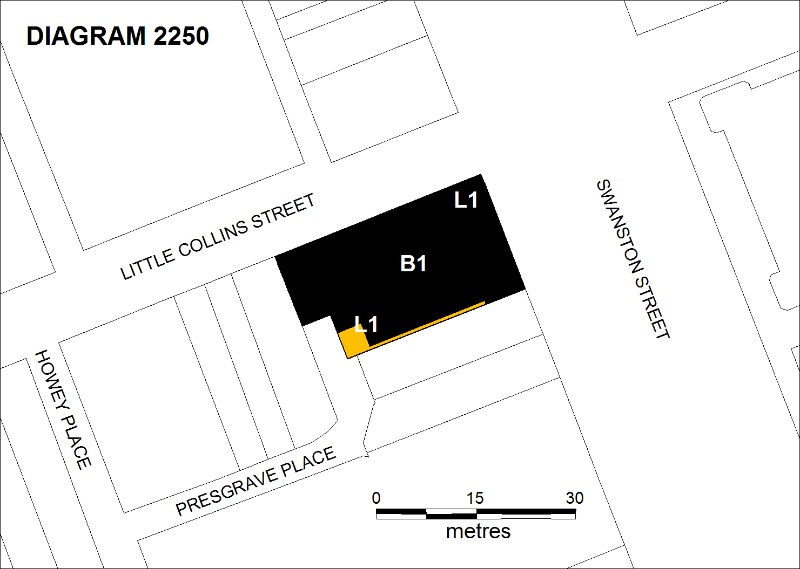 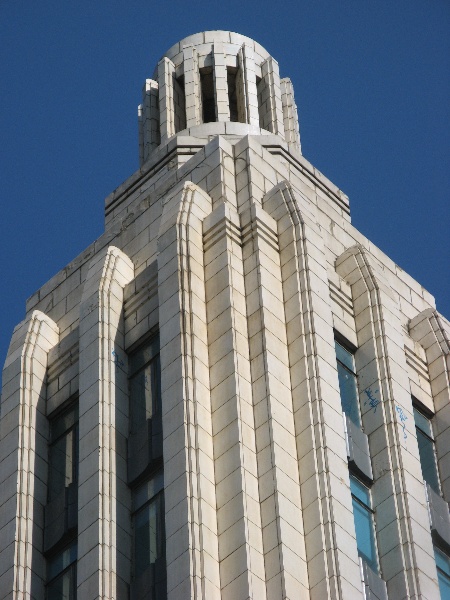 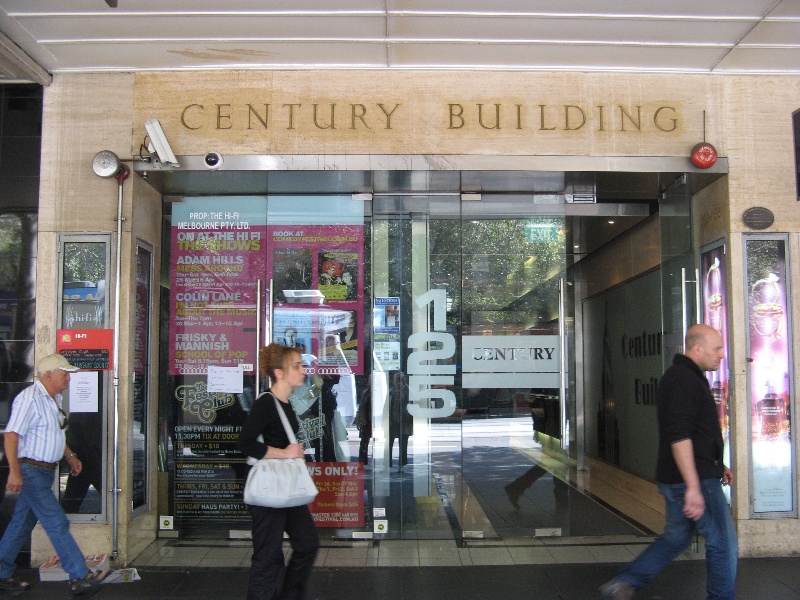 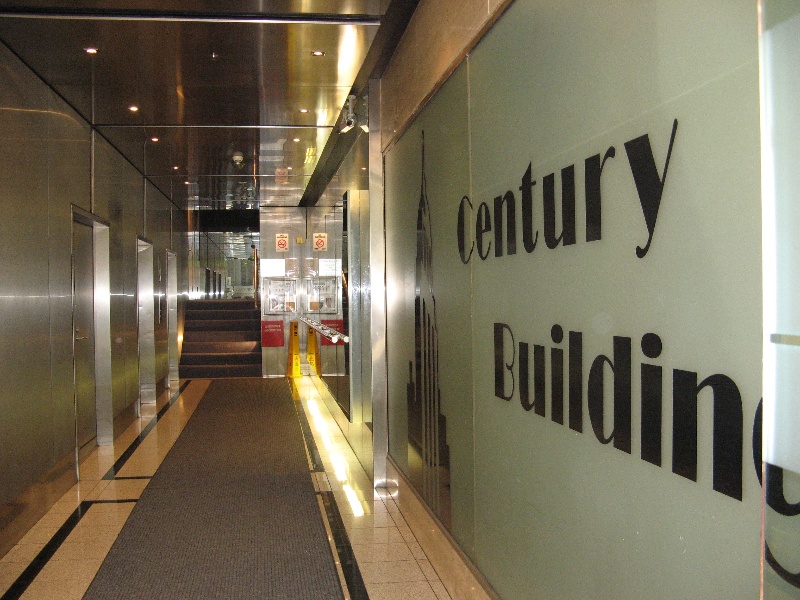 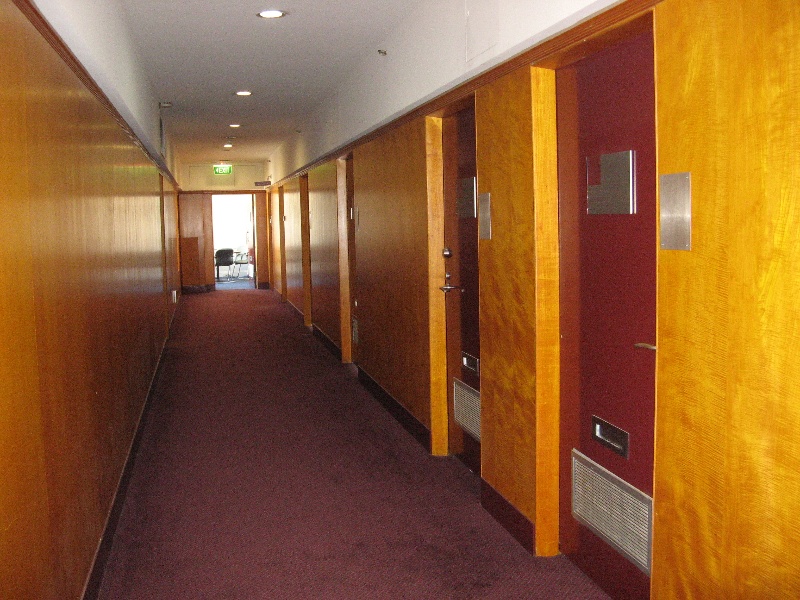 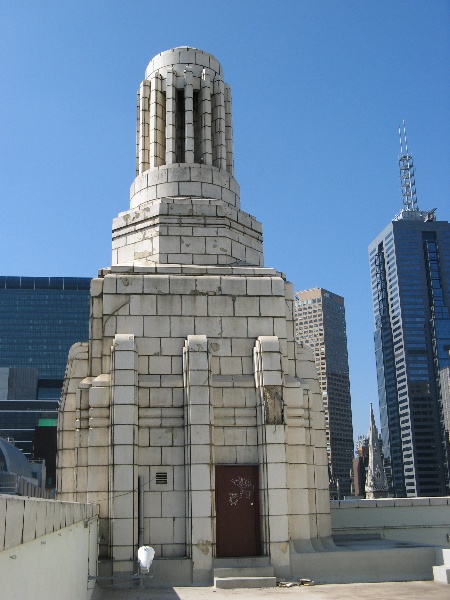 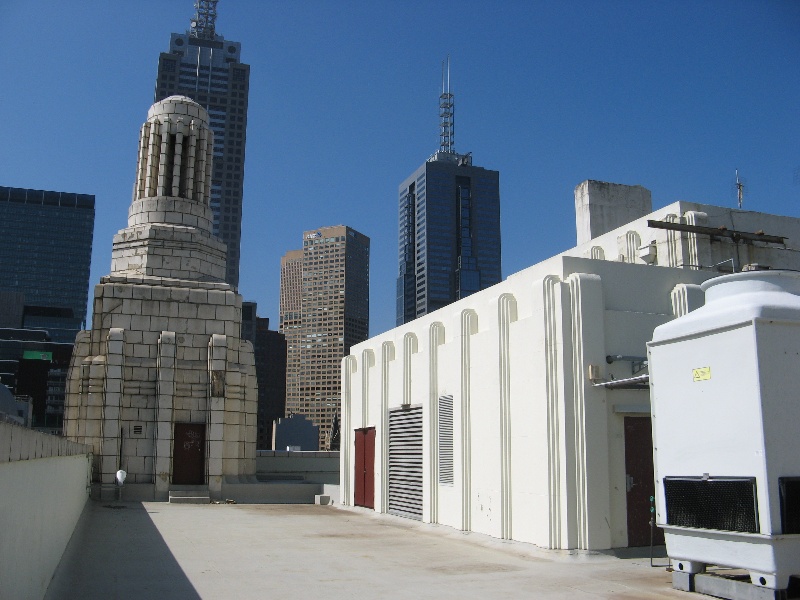 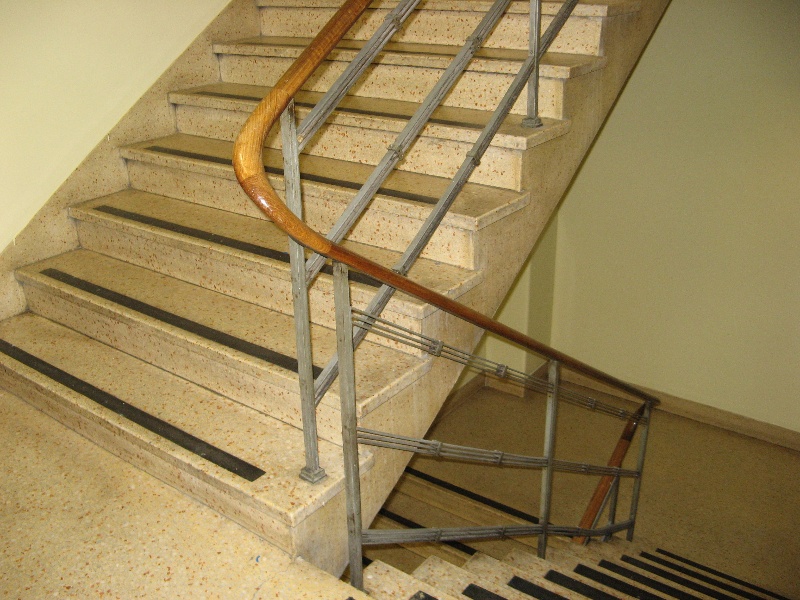 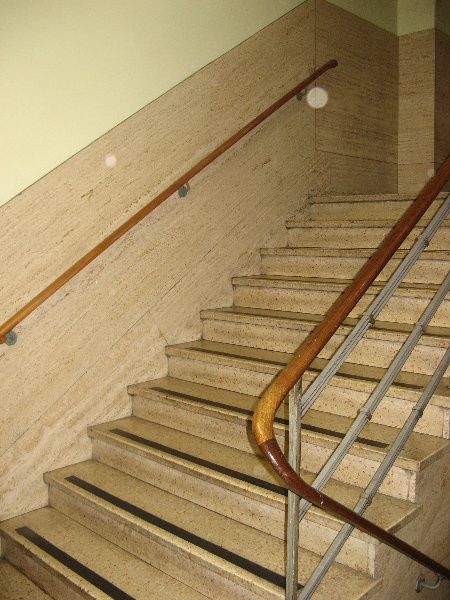 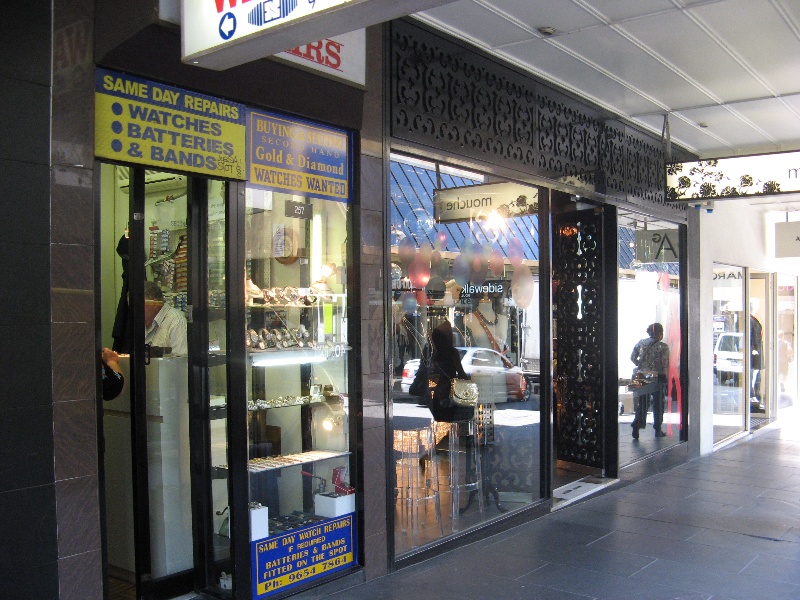 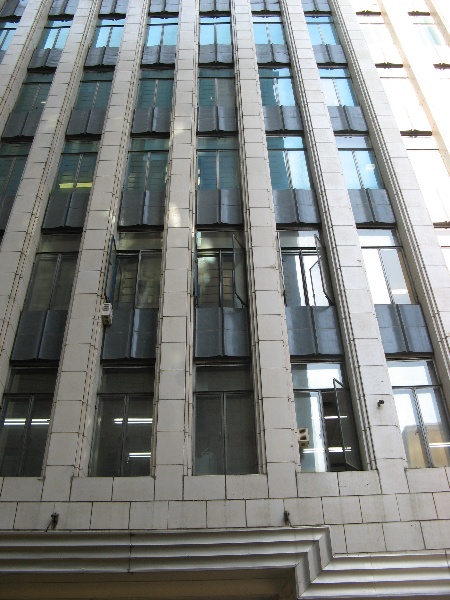 The Century Building was designed by the prominent Melbourne architect Marcus Barlow and constructed in 1939-40 by the Swanson Brothers. It was built for the Howey Estate, which owned the site from the first Melbourne land sales in 1837 until 1970, and Barlow had been the Estate's official architect since 1930. The building had shops on the ground floor, a newsreel theatrette in the basement and offices and showrooms let out to various tenants on the upper levels. It was the first building in Melbourne to be fully-air-conditioned. The building was designed so as to span the whole basement to provide the open space for the cinema, called the Century Theatre, also designed by Barlow. Wunderlich supplied the terracotta faience cladding on the building and the aluminium alloy cladding for the verandah canopy, and for some years featured the building in its advertising. From 1940-41 most of the building served as temporary headquarters for the Royal Australian Air Force, and part of it continued to be used as their finance offices for some years. The building was sold in 1970. The theatre remained in operation until the 1970s, but it has now been gutted and is used as a live music venue. The rest of the spaces continue to be used for their original purpose, as shops on the ground floor and offices and workrooms on the upper levels.

The Century Building is a twelve-storey steel and reinforced concrete office building in the vertical Streamlined Moderne style. It is faced with faience-glazed terracotta tiles, white on the vertical ribs and grey in the window spandrels, and has metal framed windows. The building has an extraordinary vertical emphasis, with closely-spaced rows of projecting fin-like faience-clad piers that run continuously from the first to the eleventh floors, culminating in a corner tower with a belvedere and crowning lantern. The ground floor, separated from the rest of the facade by a prominent aluminium-clad cantilevered and stepped awning, is faced with travertine marble slabs and incorporates five shops, although only one (127 Swanston Street) retains remnants of its original metal-framed showcases. In recent years the ground floor shopfronts have been largely replaced, the ground floor lift lobby has been refurbished, the lift cars replaced and the original flagpole removed from the tower. The stairwell and timber-panelled corridors remain substantially intact. The tenancies on the upper levels are laid out around U-shaped corridors at each level, of which all but one retain their original timber veneer panelling, reeded cornices and recessed rubber skirtings.

The Century Building is of architectural and technological significance to the state of Victoria.

The Century Building is architecturally significant as an outstanding example of a commercial building in the vertical Streamlined Moderne style, and is particularly notable for its starkness and expression of verticality. It is architecturally significant as a fine design of Marcus Barlow, one of Victoria's most prominent architects of the inter-war period. Together with Barlow's Commercial Gothic style Manchester Unity Building (1932, VHR H411) and Walter Burley Griffin's Capitol Building (1925-26, VHR H2119), it forms one of Melbourne's most distinctive city blocks. It is significant for its use of high-quality materials, including terracotta faience, Travertine, Sycamore veneer and stainless steel, which are strongly evocative of the luxuriant era of the late 1930s.

The Century Building is technologically significant as the first fully air-conditioned office building in Victoria. It is was also the first building in Australia to use off-white terracotta faience cladding, which was in stark contrast to the wide range of coloured faience that had first become fashionable in the mid-1920s.