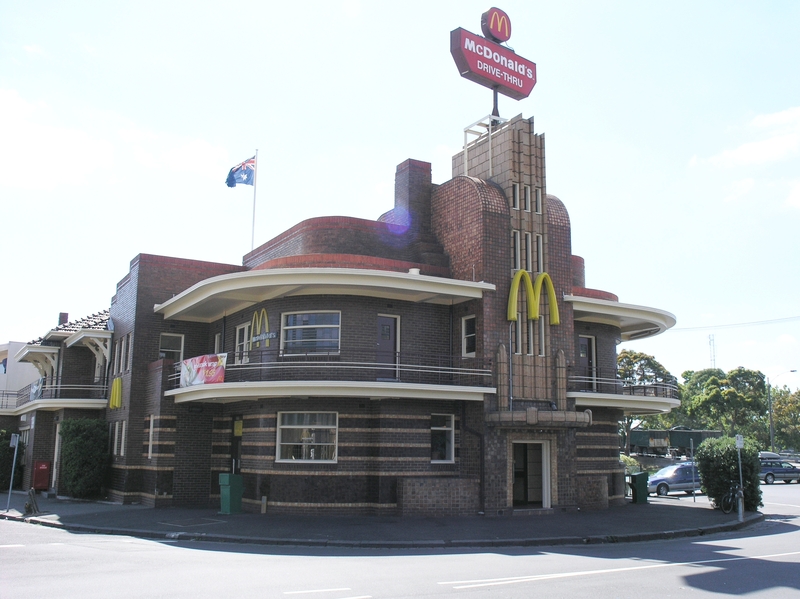 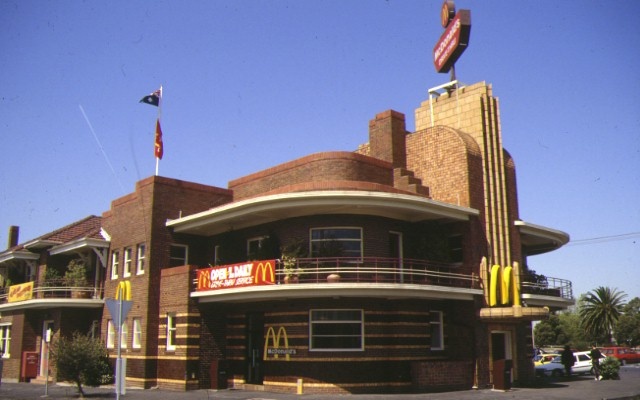 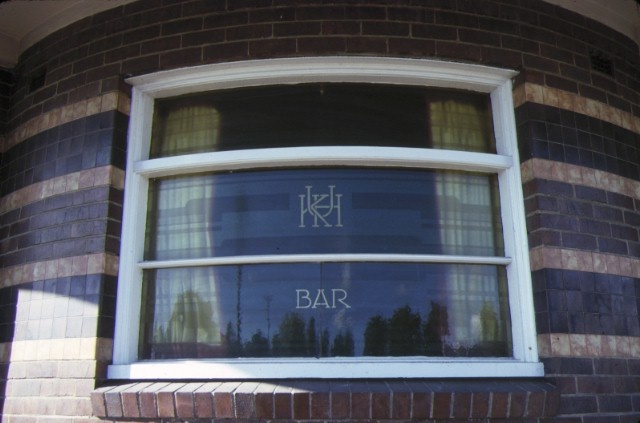 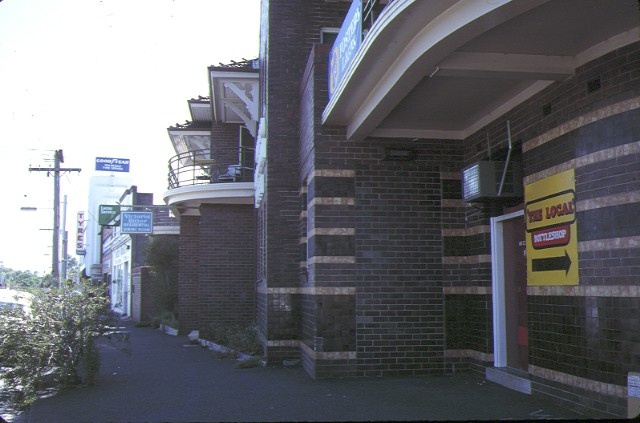 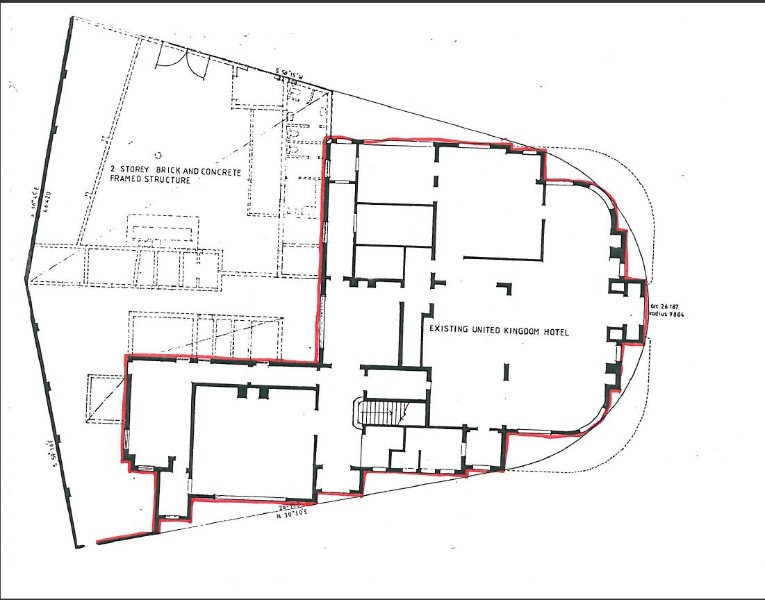 The Former United Kingdom Hotel was built in 1937-38, replacing a hotel of the same name that occupied the site. This remarkable two storey brick building has cantilevered concrete balconies with slim metal railings and light cantilevered canopies which accentuate the rounded horizontal mass of the ground and first floors. Manganese, tapestry and cream bricks provide polychrome and textural contrast, and the massive vertical fins rising through the centre of the western facade are striking features.

The Former United Kingdom Hotel is of architectural and historical significance to the State of Victoria.

The Former United Kingdom Hotel is of architectural significance as possibly Victoria's most exquisite and intact example of the Jazz Moderne style of architecture designed by one of the most notable proponents of the style, J. H. Wardrop. The building is greatly enhanced by its near-island siting and is externally and internally almost original, with the exception of post-war rear additions. It provides an interesting three-dimensional comparison with Wardrop?s slightly earlier Alkira House in Queen Street, Melbourne.

The Former United Kingdom Hotel is of historical significance as an exemplar of the material culture of the late 1930s and of prevailing social customs. The survival of much of the hotel?s interior provides important evidence of hotel design and usage in the pre-WW2 period.