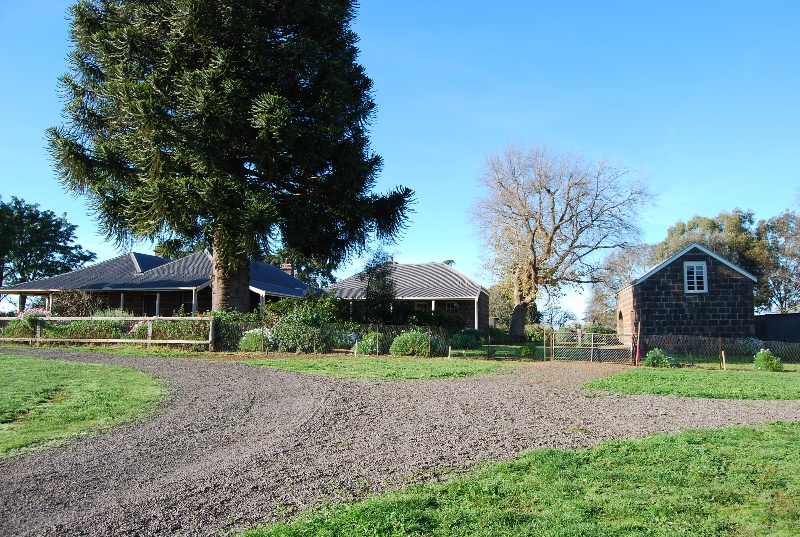 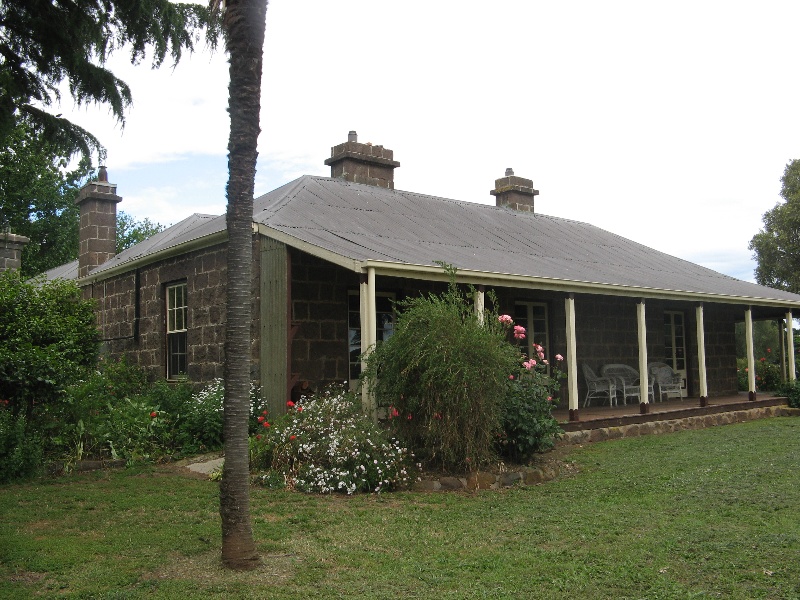 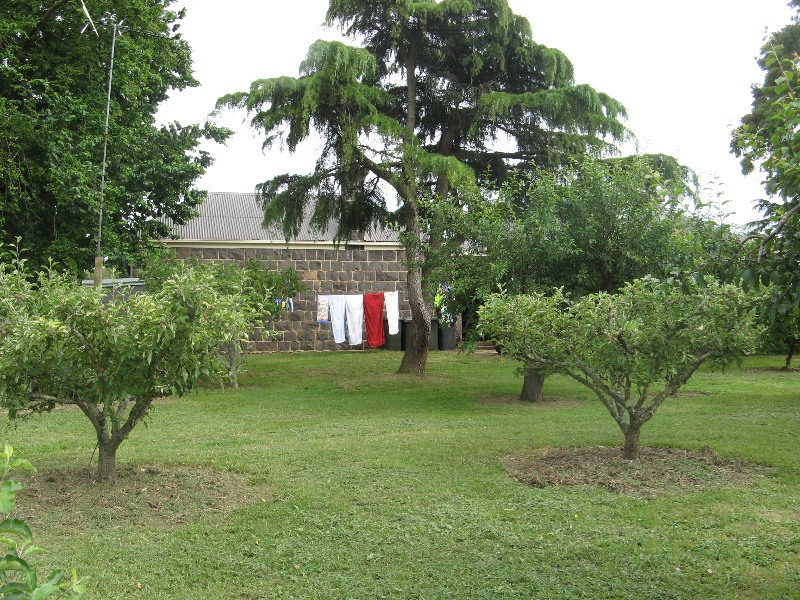 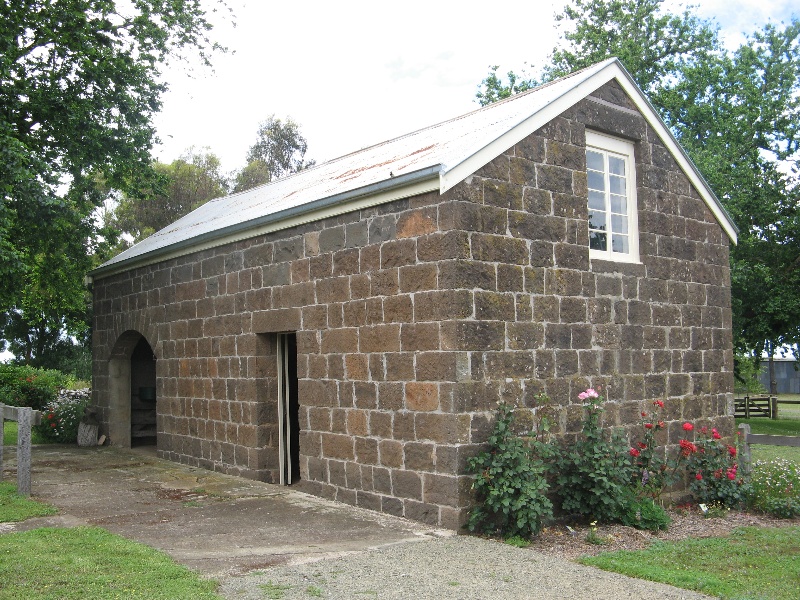 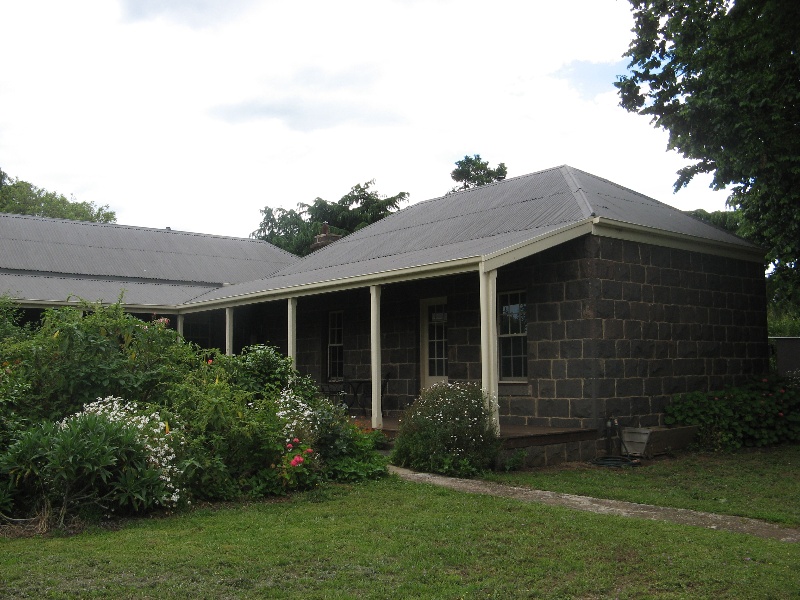 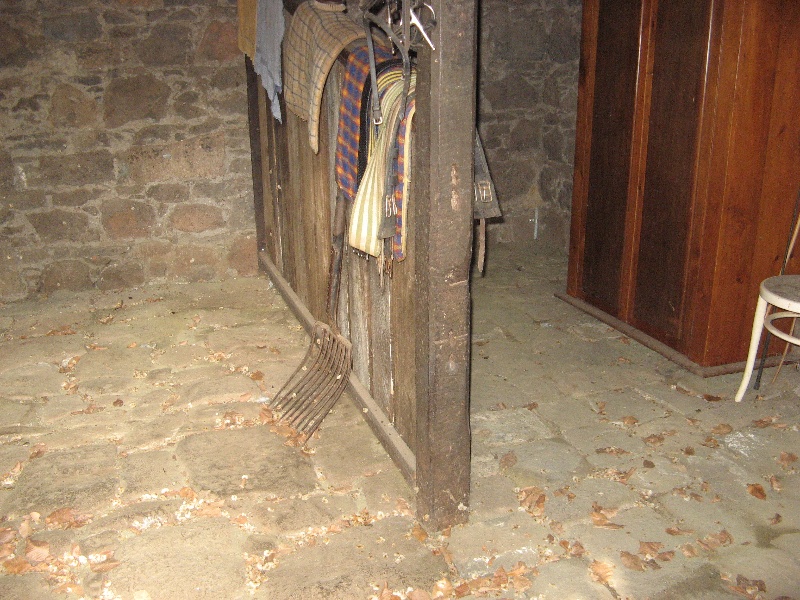 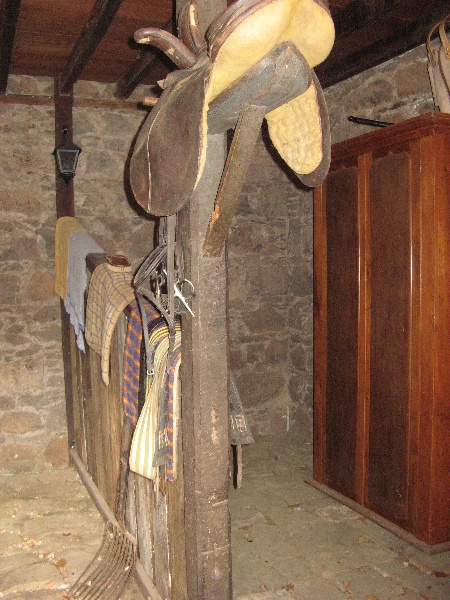 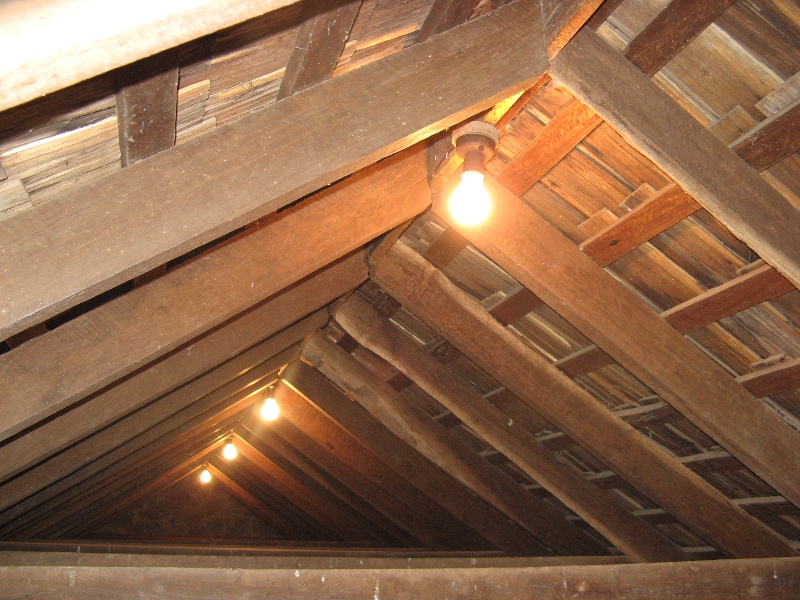 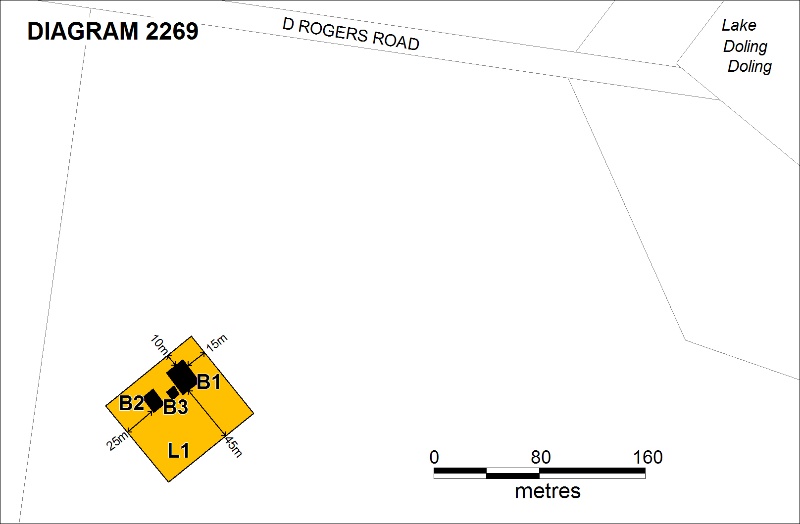 Correagh is a rural property, located just outside the town of Hamilton, with an early bluestone house and detached kitchen wing and a nearby stable building. The main part of the house and the stable were built c1855 by Cuthbert Fetherstonhaugh, the Police Magistrate of Hamilton, then called the Grange. Fetherstonhaugh (1803-1892) was an educated Irishman of some means who migrated to Victoria in 1852 with two of his three sons. His younger son, also called Cuthbert, who was later to become well known for his autobiography, After Many Days (1918), joined him in 1853, and his wife and five daughters in 1856. After acting briefly as the Police Magistrate at the Buckland River (Beechworth) he was appointed in 1854 to the same position in Hamilton, which he occupied until 1869. Soon after arriving in Hamilton he purchased 250 acres [101 hectares] just outside the town, at a place where the explorer Major Mitchell had camped in 1836 on his return journey to Sydney. He built there what would then have been one of the best houses in the district. No architect has been identified for the house. The stable was built at about the same time as the house and the detached bluestone kitchen wing, later called the schoolhouse, was added later, perhaps in the 1870s. Fetherstonhaugh was a leader of the local community and made an outstanding contribution to the development of the district. He died at Correagh in 1892. Members of the family lived in the house until the 1920s.

The homestead at Correagh is situated at the top of a hill, with views north-east towards the Grampians. The house is a single-story building with walls of coursed random bluestone rubble and with an M-shaped corrugated iron-clad roof. On the north and east side of the house there are verandahs, with French windows opening into the main rooms, and a new verandah has been added to the west. On the west side of the house, and separated from it by a covered walkway, is the later bluestone wing which has two rooms, originally a kitchen and bedroom. West of the house is the stable building, which retains part of its original stone floor and its horse stalls, and the original roof shingles are retained beneath the later corrugated iron roof. The house is surrounded by a modest garden and orchard dating from the mid- to late-twentieth century.

Correagh is of historical and architectural significance to the state of Victoria.

Correagh is historically significant as one of the oldest surviving residences in the Hamilton district, and as a reflection of the way of life the well-to-do residents of country Victoria in the mid-nineteenth century. It is an unusually intact example of a house built by a prominent member of the Hamilton community just outside the town. It is significant for its association with Cuthbert Featherstonhaugh, the Hamilton Police Magistrate from 1854 until 1869, who built the house and lived there until his death in 1892. He was one of a number of Anglo-Irish gentlemen in this part of the Western District who made outstanding contributions to the development of the area.

Correagh is architecturally significant as a fine and an unusually intact example of a substantial family villa residence and stable built on the outskirts of a country town in the early colonial period.