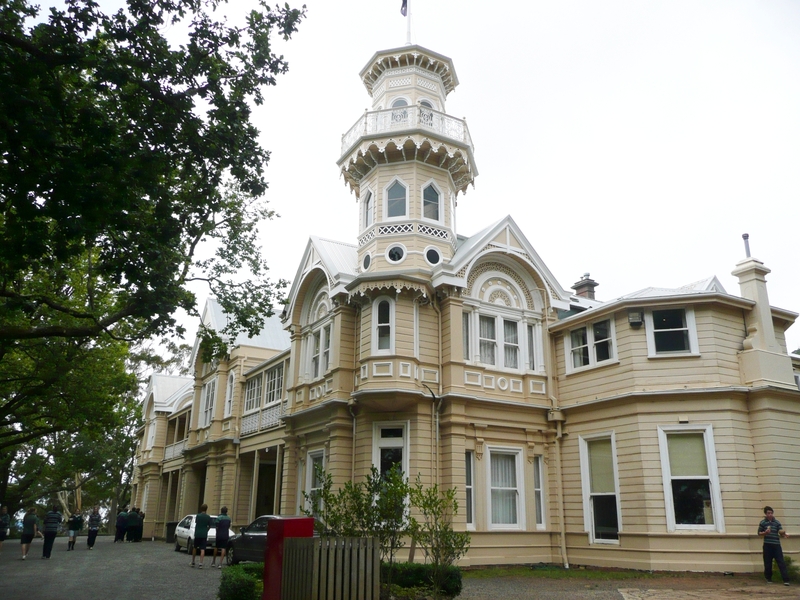 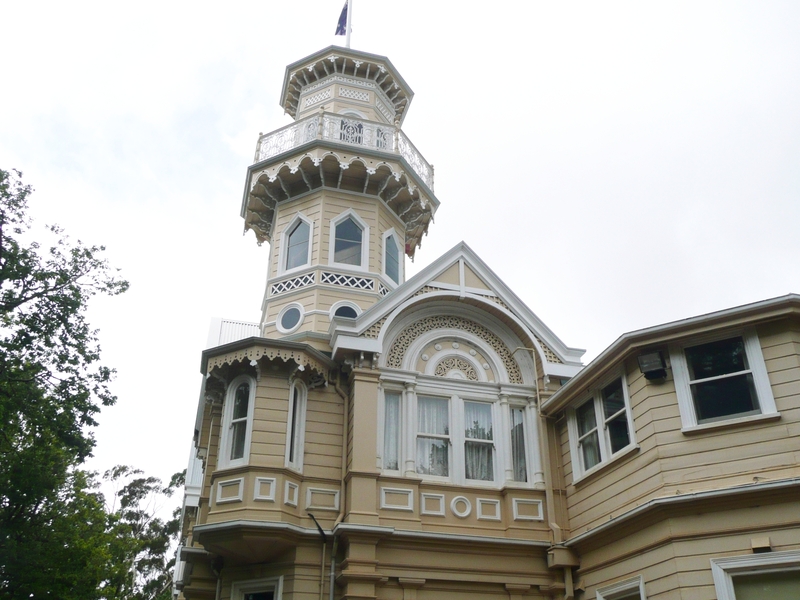 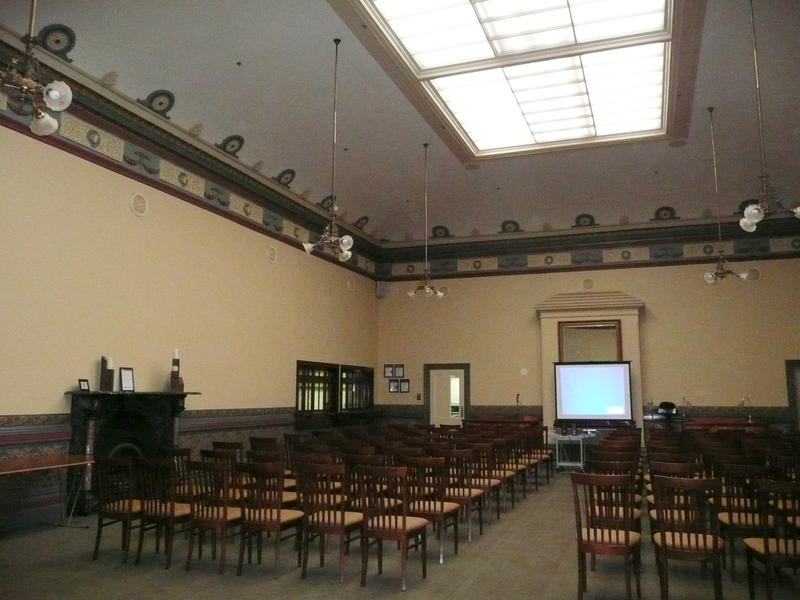 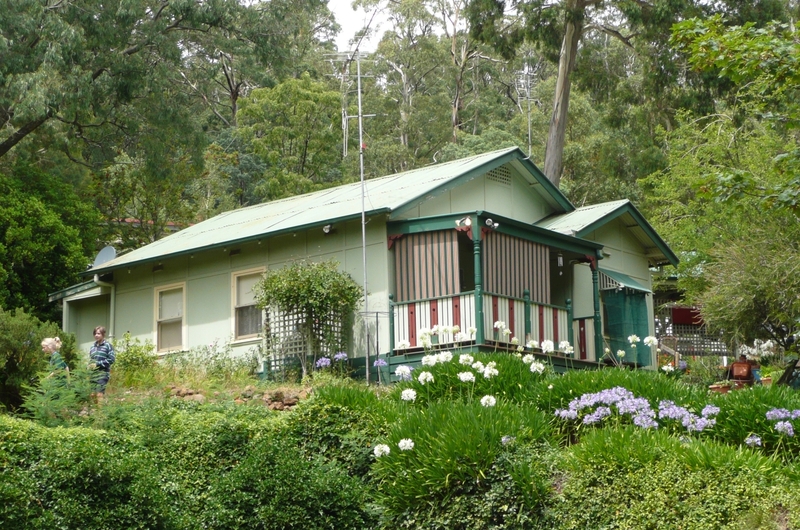 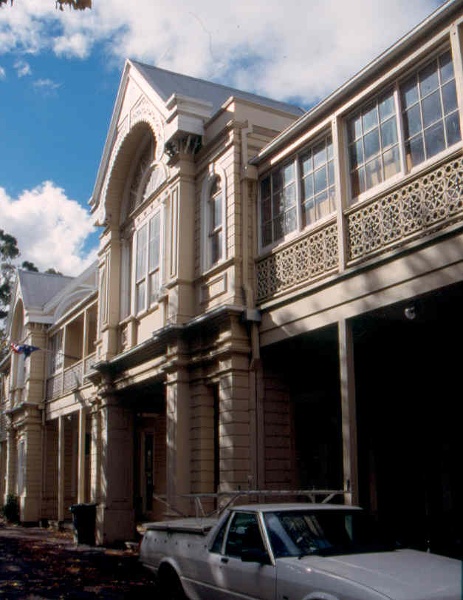 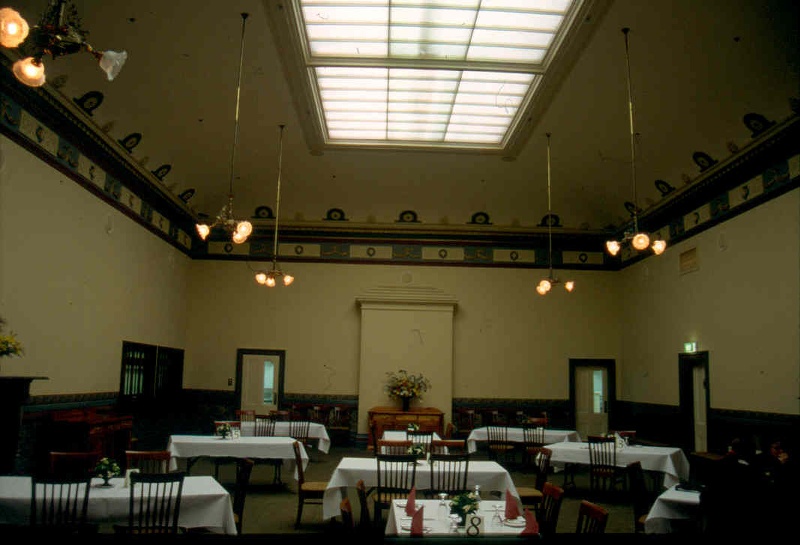 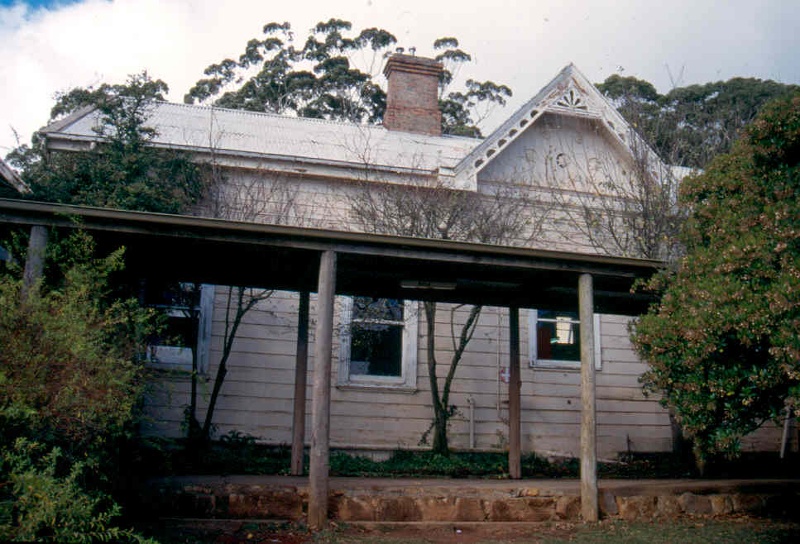 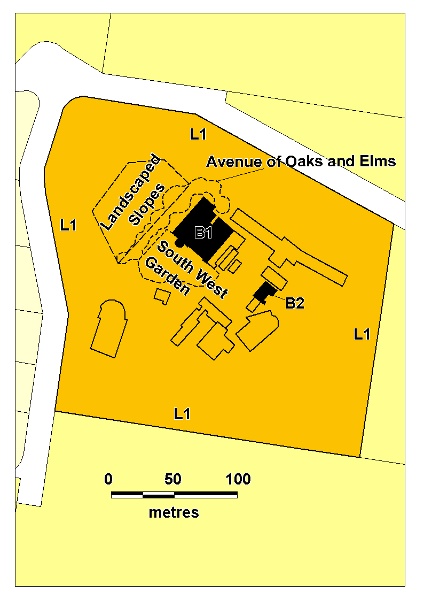 What is significant?
Braemar House is a substantial two storey timber mansion on brick and stone foundations with high pitched roofs, intricate gables and asymmetric features, which was constructed in 1889-90 to a design by Italian-born architect Louis Boldini. Boldini spent some years in New Zealand, where he designed a number of notable buildings in Dunedin between 1880 and 1888. He migrated to Melbourne in 1888 and designed Karori, Mount Macedon a timber house for New Zealand broker, CW Chapman. The intricate timber infills to the gables of Braemar House show the influence of New Zealand domestic architecture on his work. A heavily decorated octagonal tower is on the south-west corner of the building.The house retains some intact internal decorative features, the grand entrance hall and staircase and the former (restored)dining room. The garden, originally designed by William Taylor of Taylor and Sangster, retains rows of mature oaks along the west and north fronts. Remnant early garden including rock walling survives on the south west side and landscaped slopes to the north west. A cottage constructed in 1890 is situated at a distance, to the rear of the main house.

Braemar House, Woodend was built as a guest house for affluent Melbourne residents by a consortium of Melbourne businessmen. The location of Braemar House in the Mount Macedon area which was noted for its bracing mountain air made it attractive to those who believed that city life was not conducive to good health and that regular vacations in a healthy environment would restore well being. Access to rail transport and proximity to recreational activities such as walking and climbing in picturesque locations such as nearby Hanging Rock made Woodend a suitable place for such a venture. The property had an electric generator and a telephone. The facilities included tennis courts and frequent dances and concerts were held to entertain the guests. The firm of Taylor and Sangster of Macedon and Toorak was employed to plan the gardens.

The group of businessmen included several directors of BHP Ltd, including William Knox, William McGregor, William Jamieson and Col Templeton as well as Dr Duncan Turner, a Melbourne physician who advocated the health benefits of the cooler altitudes of Mount Macedon. Their first plan was for a health spa or sanatorium but this later was changed to a guest house. Braemar House operated as a guest house from c1890 until at least 1908 and possibly until 1918. The timing of the venture on the eve of the economic depression of the 1890s meant that the Braemar Estate Company went into liquidation and ownership had passed to William Knox by about 1896-96. Improvements designed by Melbourne architect Sydney H Wilson were carried out c1898 and these included the addition of a billiard room and new kitchens. Knox died in 1912 when the property passed to his widow, Catherine.

In 1918 the property was bought by Isabel Henderson, principal of Clyde School in St Kilda. In 1919 Miss Henderson moved the school to Woodend. The school was from 1920 run by a company whose shareholders were past pupils and friends of the school. During the 1920s the school bought up land adjacent to Braemar House.

During Clyde's occupancy, the detached cottage of four rooms at the rear, known as the Bachelors Quarters,was converted into classrooms. A hall and two further classrooms were built in 1935 (the architect was probably Phillip Hudson) , new music rooms in 1954 (architects AF & RA Egglestone) and a new boarding wing in 1957. A flat for the headmistress and art and dressmaking rooms were built c1960. In 1967 architects Mockridge, Stahle and Mitchell designed the new Science Block.

In 1976 Clyde School moved to become part of Geelong Grammar School and the place was bought for a non-denominational coeducational day school for the children of the district. This is known as Braemar College and is still in operation.

How is it significant?
Braemar House, Woodend is architecturally and historically important to the State of Victoria.

Why is it significant?
Braemar House, Woodend is architecturally significant as a rare example of the work of Italian-born architect Louis Boldini (1828-1908). Braemar House is architecturally significant as a rare example in Victoria of a substantial two-storey timber resort building, embellished with sophisticated classical elements and highly ornate fretwork in timber. It displays diverse architectural influences, including renaissance, classical, chalet style from northern Italy, and timberwork with New Zealand influences.

Braemar House, Woodend is historically significant as an example of a mountain resort guest house, demonstrating recreational patterns in late nineteenth century Victoria and contemporary beliefs about the health benefits of mountain resorts. It is representative of the speculative enterprises common in Victoria in the late 1880s andof failures due to the 1890s economic depression.

Braemar House, Woodend is also historically important for its association with Clyde Girls Grammar School, a private girls' boarding school, which operated at the site from 1918 to 1976. Clyde School became well known for its depiction in the Joan Lindsay novel Picnic at Hanging Rock (1967). This novel was concerned with an ill-fated excursion to Hanging Rock by girls from the local boarding school. In 1975 the novel was made into a film directed by Peter Weir which became very successful both in Australia and overseas. At the time of release, the association with Clyde School was noted in the press, although the actual school did not appear in the film.