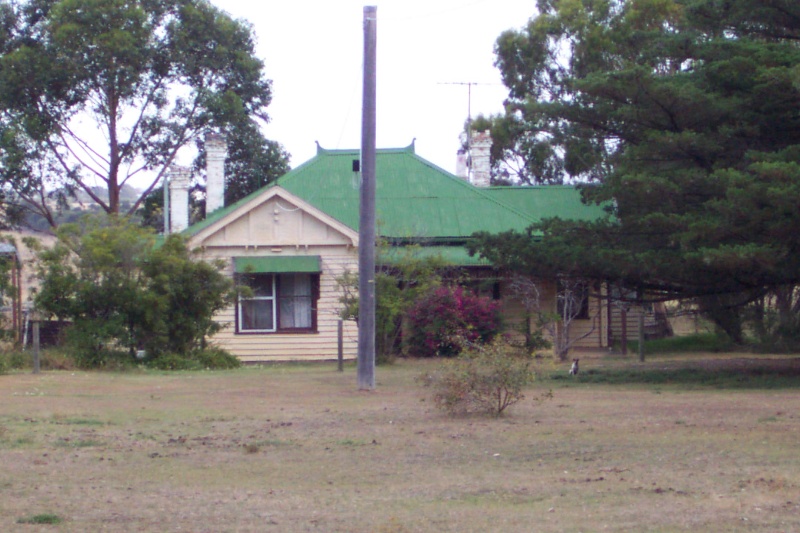 The house known as Kuloomba at 2203 Diggers Rest-Coimadai Road, Toolern Vale is significant as a predominantly intact example of a late Federation style. Built c.1904-1907 the eucalypt trees, outbuildings and farm sheds within the property also contribute to the significance of the place.

The house and outbuildings known as Kuloomba at 2203 Diggers Rest-Coimadai Road are architecturally significant at a LOCAL level (AHC D.2). The main house demonstrates original design qualities of a late Federation style. These qualities include the steeply pitched hipped roof form, together with the projecting minor gables at the front and side that are linked by the return bullnosed verandah. Other intact or appropriate qualities include the single storey height, horizontal timber weatherboard wall cladding, green painted and lapped galvanised corrugated steel roof cladding, four brick chimneys, three with dentillated and corbelled tops,and one with terracotts pots, modest eaves, timber verandah posts, decorative timber fretwork verandah valance, timber framed double hung windows, decorative gable infill (stucco panelling, vertical timber battening and the timber brackets), galvanised steel finials at the apex of the main roof and the window hood at the front. The timber outbuilding to the rear of the house, probably an accommodation building for farm workers, has original design qualities of a Victorian vernacular style. These qualities include a steeply pitched gable roof, timber weatherboard cladding and a brick and metal chimney. The laundry building to the east of the house has a similar design with a steep gable roof and weatherboard cladding, though it appears to be of a later date, with both outbuildings contributing to the setting of the place.

The house known as Kuloomba at 2203 Diggers Rest-Coimadai Road is historically significant at a LOCAL level (AHC A4, B2). Known originally as 'Oakbank', the property and house were the product of the historic break-up of the well-known Greenhills and then Melton Park pastoral estates at the end of the nineteenth century. The property is also of local historical significance for its association with the locally prominent Barrie family.

Overall, the house known as Kuloomba at 2203 Diggers Rest-Coimadai Road is of LOCAL significance.