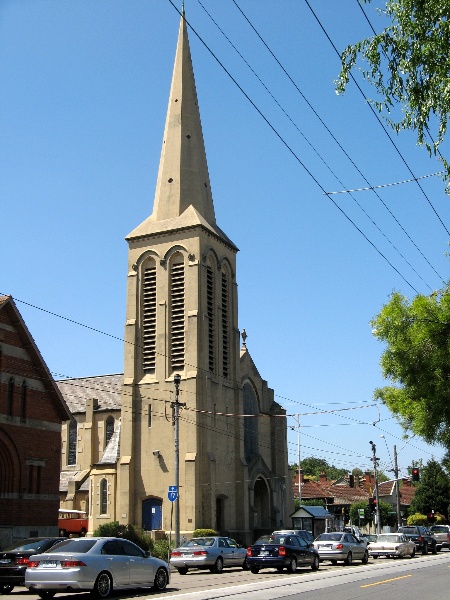 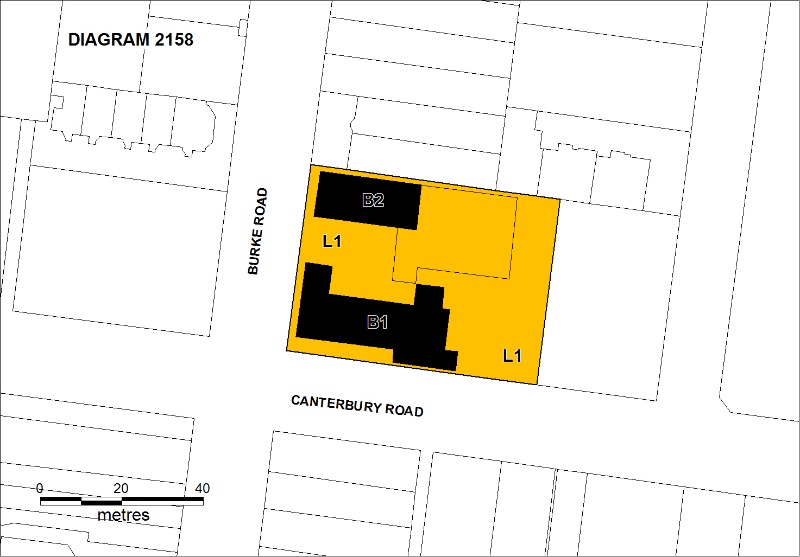 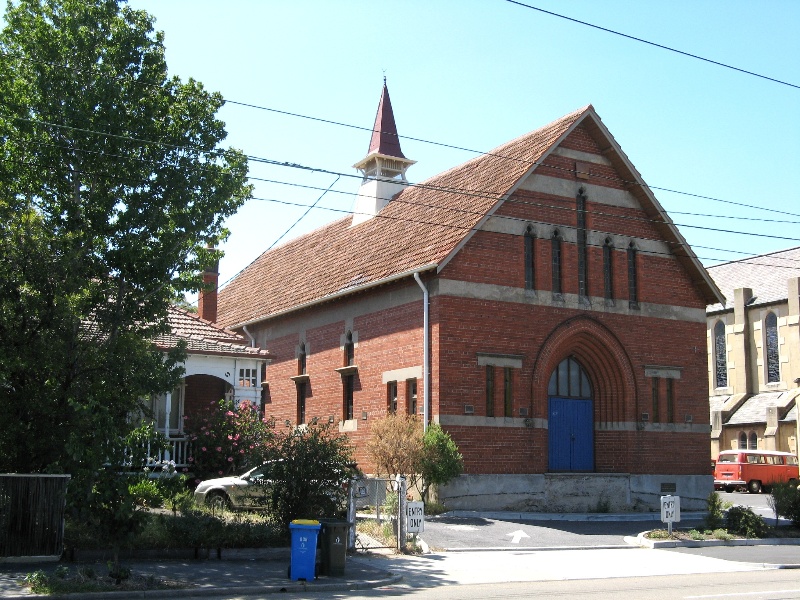 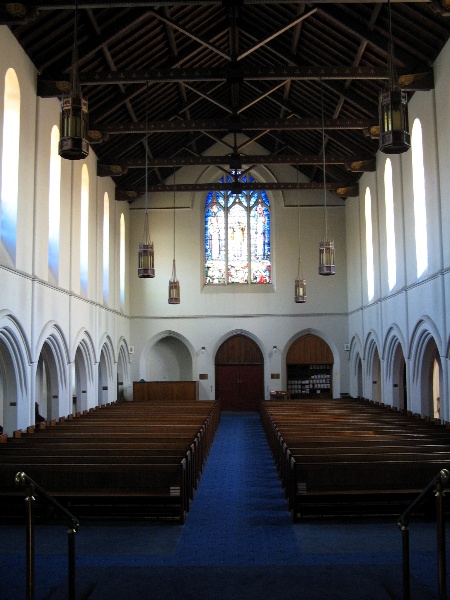 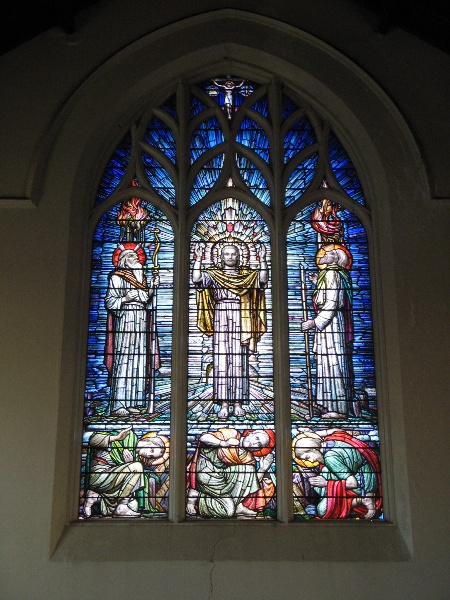 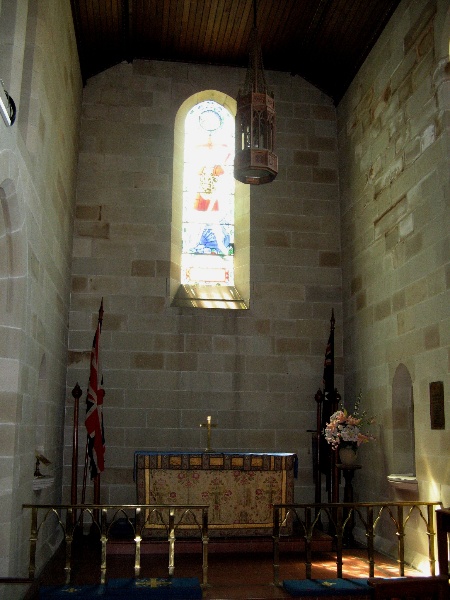 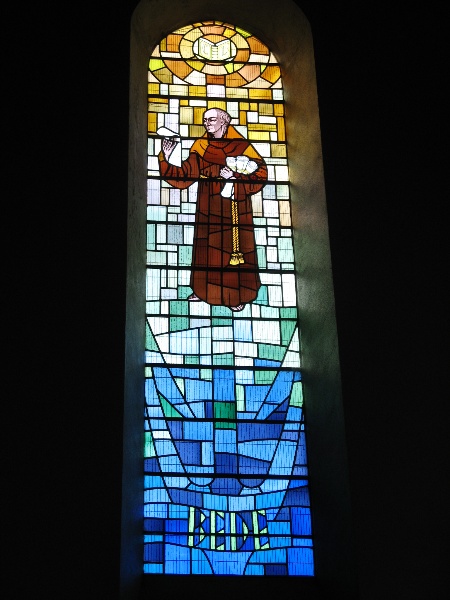 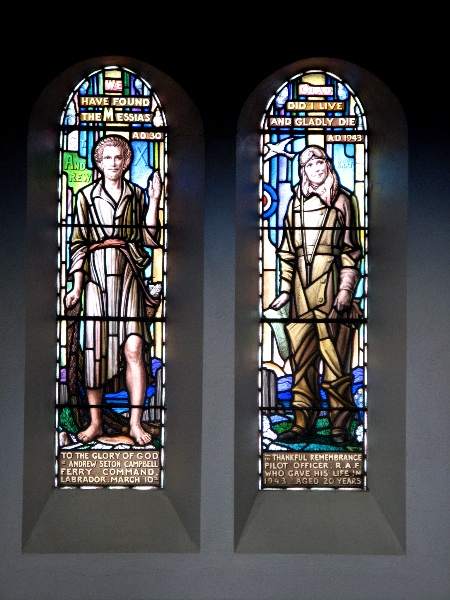 St Mark's Anglican Church, Camberwell, was built in 1927-28 and designed by Rodney Alsop. It contains a large and well executed collection of stained glass windows by Napier and Christian Waller, Joseph Stansfield and other local artists, a war memorial chapel and an organ by prominent local firm, George Fincham & Sons.

The Parish of St Mark's was established in 1912, and the 1914 church hall, designed by Louis R. Williams and Alexander North, held all church activities for the next fourteen years. St Mark's church was built between 1927 and 1928, and was designed by noted architect Rodney Alsop, who was significant to the Arts and Crafts movement in Victoria, and is seen as one of its best practitioners. The imposing Gothic design, influenced by the architect's involvement in the Arts and Crafts movement, was intended to take advantage of the 'most commanding site in the Diocese'. Alsop was better known for his domestic designs and the Footscray Park and in 1932 his design of the Winthrop Hall in the Hackett Buildings at the University of Western Australia was awarded the bronze medal by the Royal Institute of British Architects. St Mark's is his only known church design. The foundation stone was laid in 1927 and the church building officially opened in July 1928. With the post-World War One war memorial movement at its peak in the 1920s, a key feature of the planning of St Mark's was the inclusion of a war memorial within the church building. The Chapel of St George was dedicated to the memory of 'The Men of the Parish who gave their lives in the Great War' on Armistice Day, November 1928. The George Fincham & Sons organ was installed in June 1928, enlarged to three manuals by the same firm in 1951, and further rebuilt in 1990 by Australian Pipe Organs Pty Ltd. St Mark's was completed during the one construction period and the building has not since had alterations or additions. The design of St Mark's includes an elegant broach spire, and use of stucco rendering and minimal ornamentation. There are interesting internal aspects, including the octagonal baptistery and the placing of the square chancel behind the altar. The 1914 North and Williams church hall was renamed the Brooksbank Hall in 1965, after H.A. Brooksbank, the first Reverend at St Mark's, and contributes to an understanding of the continued use of the site.

The collection of stained glass at St Mark's dates from the mid-twentieth century. M. Napier Waller's The Transfiguration, considered one of his best stained glass works, was installed and dedicated as a war memorial in 1952. Sir Ninian Comper's Warriors' Chapel of St George was dedicated in 1955. Joseph Stansfield completed the entire series of windows in the clerestory in 1968, and these works are regarded as amongst his most interesting and well-executed. Other notable stained glass artists who contributed works to St Mark's are Christian Waller, D. Taylor Kellock and John L.E. Orval.

St Mark's is of aesthetic, historical and social significance to the State of Victoria.

St Mark's is historically and socially significant as an interwar church originally designed by Rodney Alsop and constructed to include a war memorial. The church building was envisaged and designed at a time when the war memorial movement had reached its peak. The Warrior's Chapel of St George, in the southeast corner of the choir, contains stained glass windows, a memorial cross, tablet and Roll of Honour dedicated to the men of the St Mark's Parish who lost their lives at war, and there are a number of other memorials dedicated within the main body of the church.