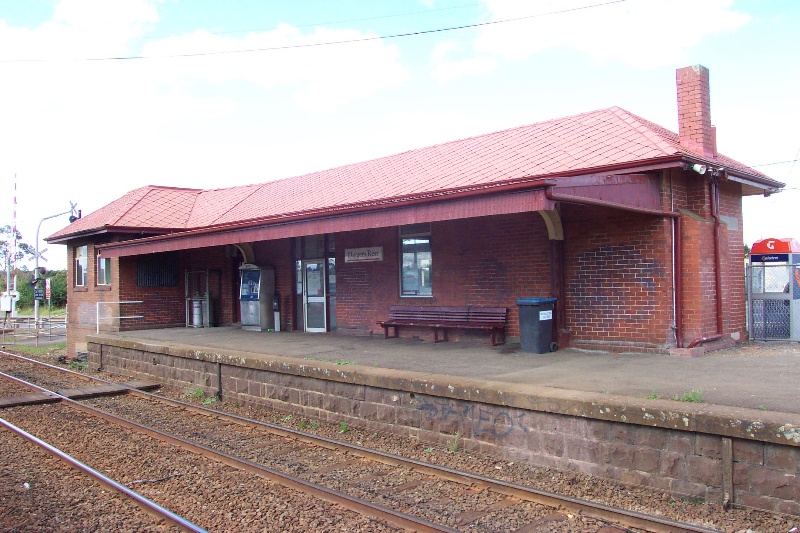 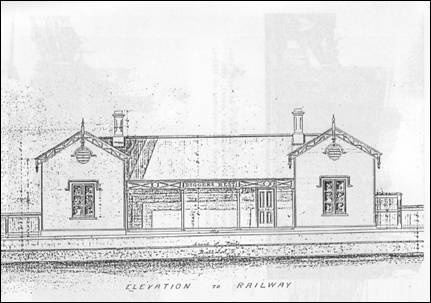 The Diggers Rest Railway Station, located on the Old Calder Highway, Diggers Rest, is significant as a moderately intact example of an interwar station building representing a contemporary style of railway station buildings for the period. It was built in 1928 as part of the new level crossing controls necessitated by the rise of the motor vehicle, and appears to be in good condition. The place is also a legacy of the infrastructure development of the historic Melbourne and Echuca railway (1859-1864). The bluestone platforms are part of the earliest fabric of this historic railway, probably dating to c.1858-59.

The Diggers Rest Railway Station, located on the Old Calder Highway, is architecturally significant at a LOCAL level (AHC D2). Although slightly altered, the railway station building demonstrates some original design qualities for an interwar station building. These qualities include the long hipped roof form, together with the hipped roof that projects at the side at one end. Other intact or appropriate qualities include the asymmetrical composition, single storey height, face brick wall construction, malthoid tile roof cladding, face brick chimney with a soldier course capping, broad eaves, cantilevering skillion verandah supported by steel columns connected to curved steel brackets and beams, galvanised corrugated steel verandah roof cladding, and the window and door openings (but not the framed construction). The railway platforms, including the coursed squared rubble bluestone walls and concrete surface, also contribute to the significance of the place.

The Diggers Rest Railway Station, located on the Old Calder Highway, is historically significant at a LOCAL level (AHC A4, B2). It expresses the history of the town from its inception as a consequence of the Mount Alexander goldrushes, and in the early twentieth century. It also demonstrates the need for better crossing controls that were associated with the rise of the motor car in the early twentieth century.

Despite the partial reconstruction on the down side, the bluestone platform is historically significant at the STATE level as the most intact of the earliest station platforms (with Sydenham and Sunbury) to operate on the Melbourne to Bendigo railway line, which was Victoria's first government railway and subsequently its 'Main Line'; and as an expression of this railway's use of bluestone, and the high construction standards used on the line, which were never repeated, and which made it the greatest public work in Australia up to that time. The Melbourne to Echuca Railway is classified at the State level by the National Trust, which deems all the line's original fabric (such as bluestone platforms) to be of State significance.

Overall, the Diggers Rest Railway Station, located on the Old Calder Highway, is of LOCAL significance, while the bluestone platform is of STATE significance.