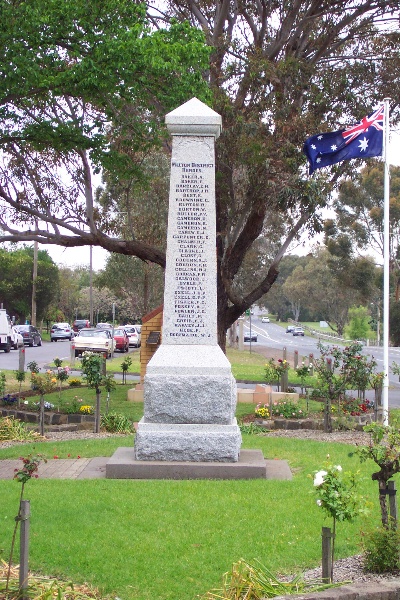 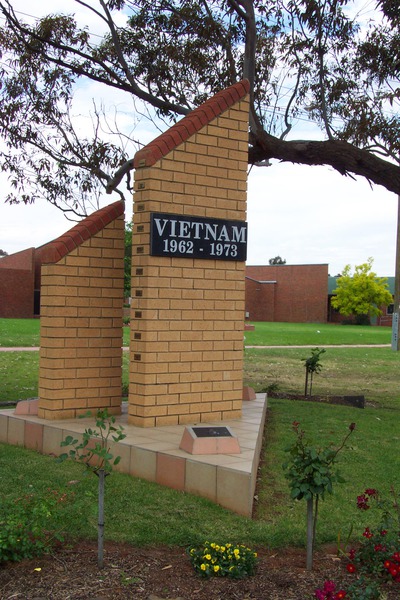 The First World War, Second World War, Korean War, and Vietnam War Memorials, on High Street Melton have significance as important memorials to the local soldiers who fought and died in these wars.

The obelisk war memorial on High Street Melton is aesthetically significant at a LOCAL level (AHC D.1, E.1). It demonstrates important visual qualities that include the smooth finished granite obelisk supported by the stepped rough faced and tooled granite pedestal on a concrete base.

The war memorials on High Street Melton are historically and socially significant at a LOCAL level (AHC A.4, H.1, G.1). They are associated with the local soldiers who fought and died in the First World War (1914-1919), the Second World War (1939-1945), the Korean War (1950-1953) and the Vietnam War (1962-1973). The earlier obelisk memorial is of the predominant and instantly recognisable form of war memorial erected all over Australia following the First World War. The recent memorial is also expressive of a veterans-led 1990s movement to heal social divisions created by the Vietnam War, and to accord due recognition to those who served in it. It was opened by the Australian Deputy Prime Minister in 1998. The prominent location of the memorials in the Melton townscape is attests the high cultural and commemorative value in which they are held by the local community.