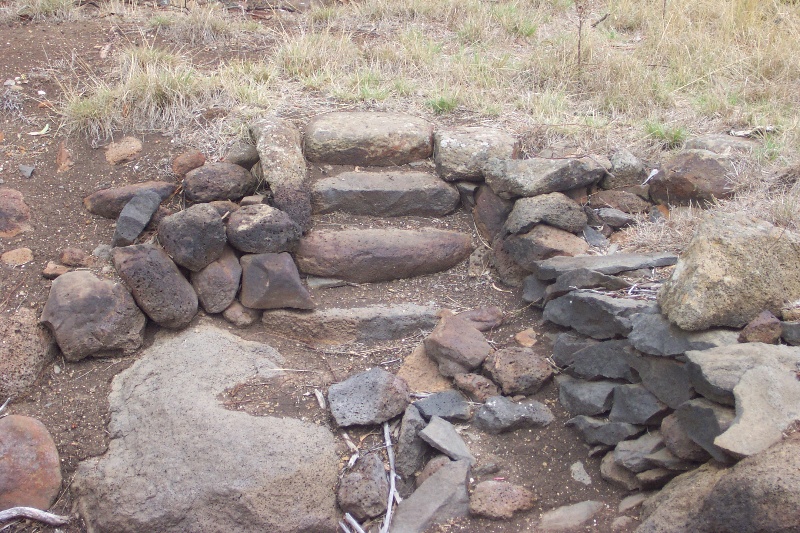 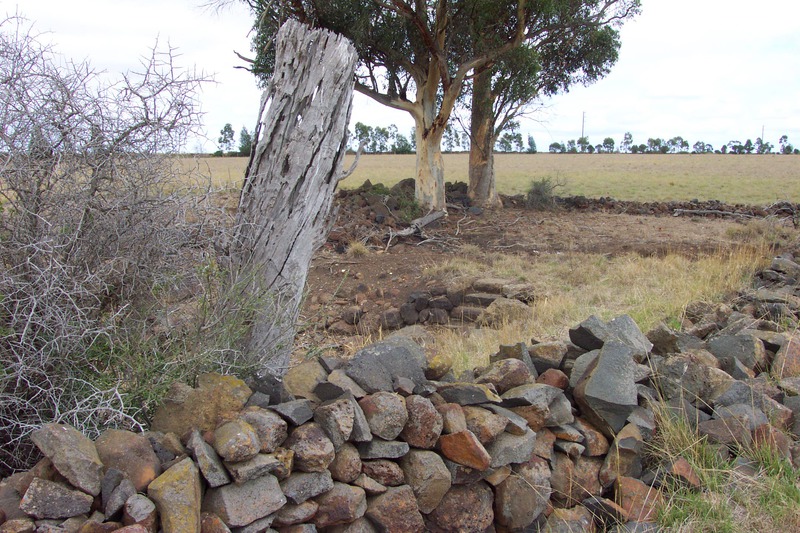 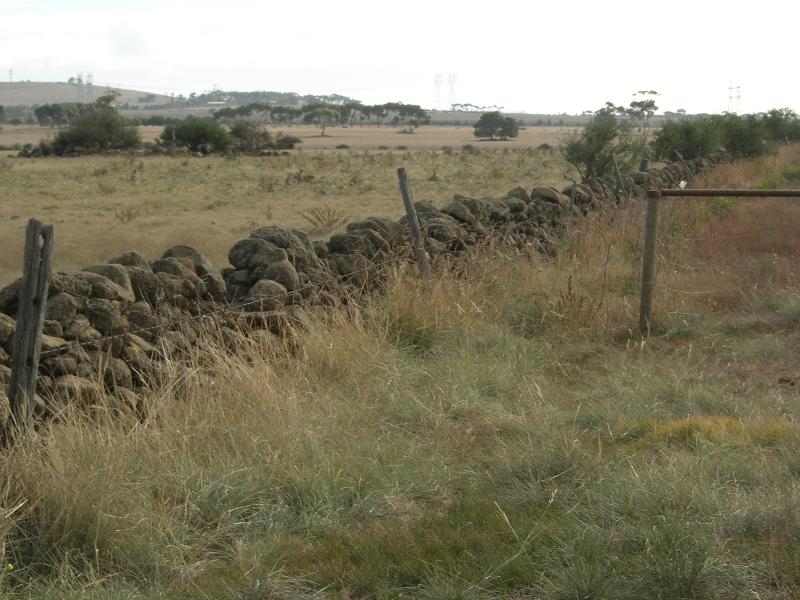 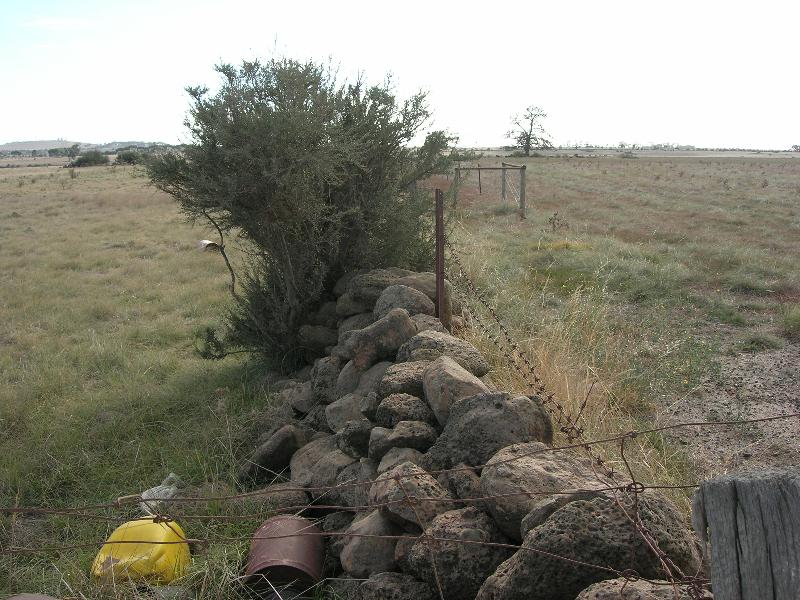 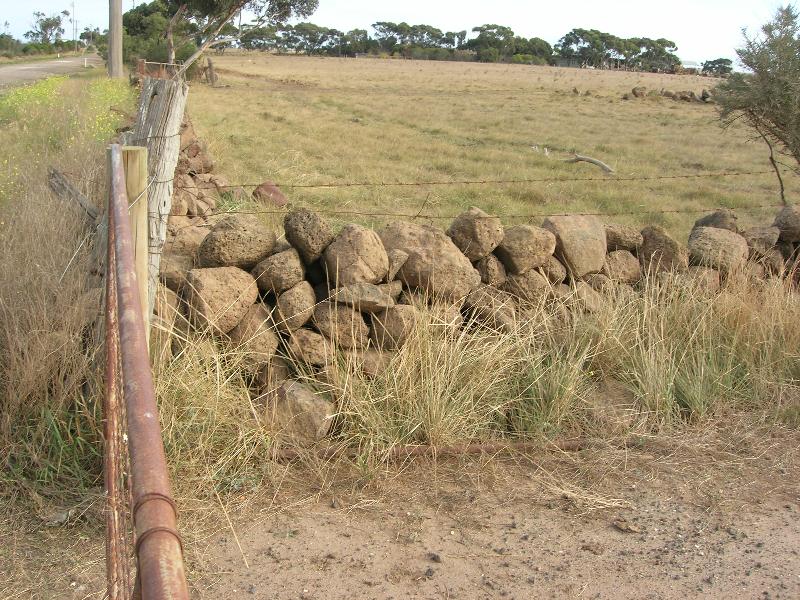 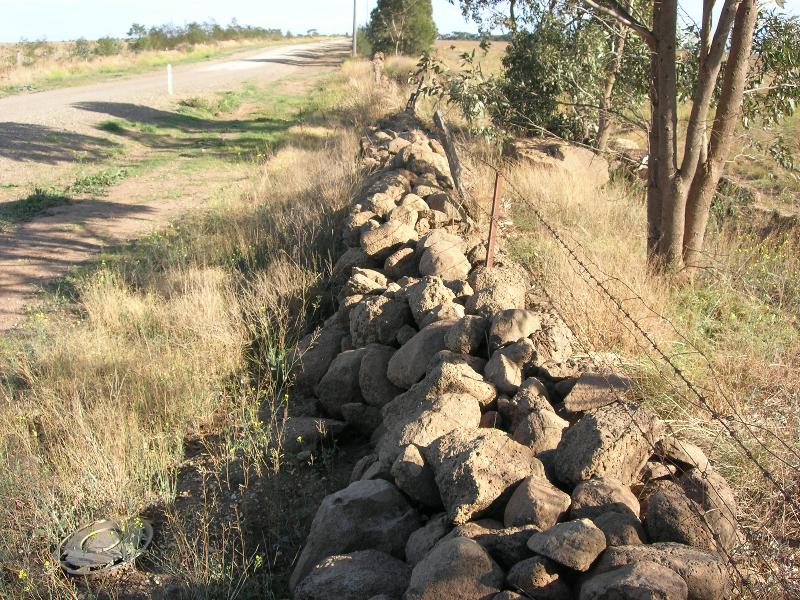 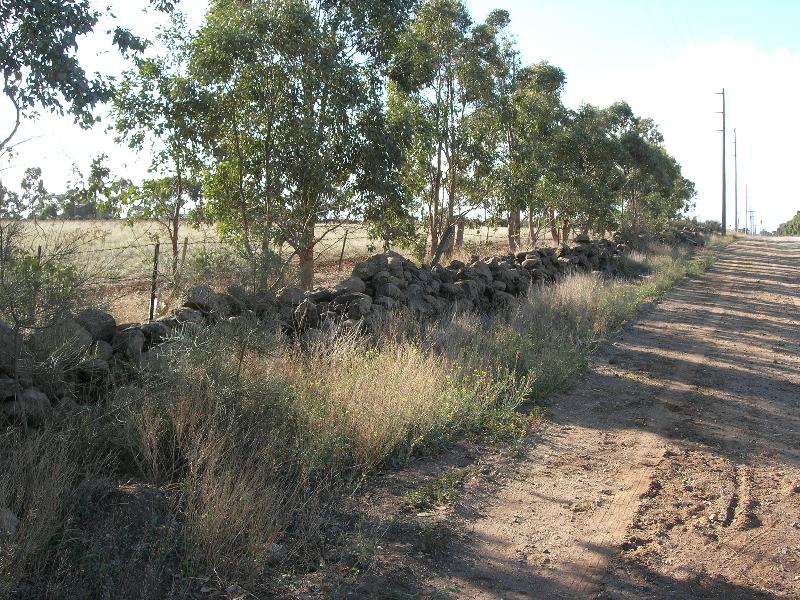 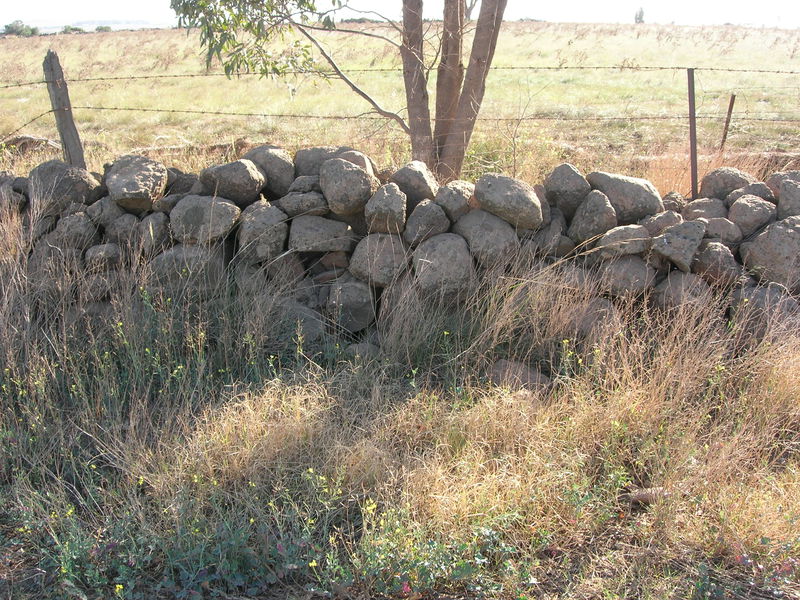 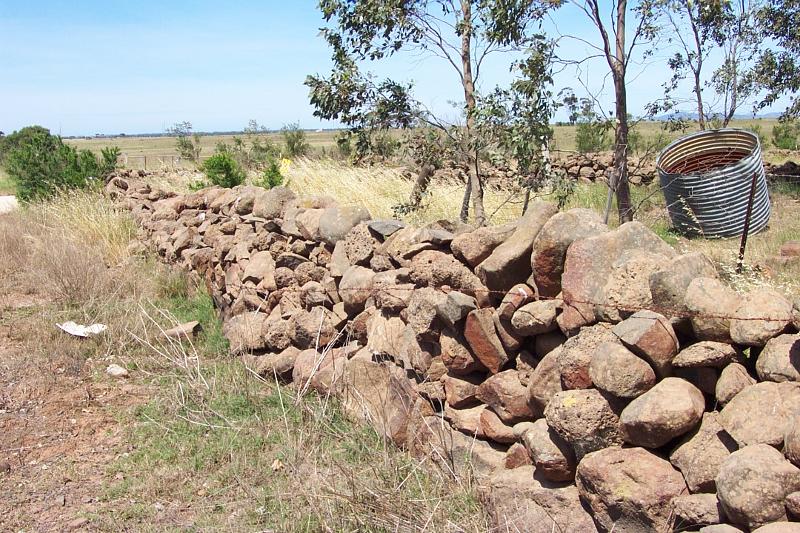 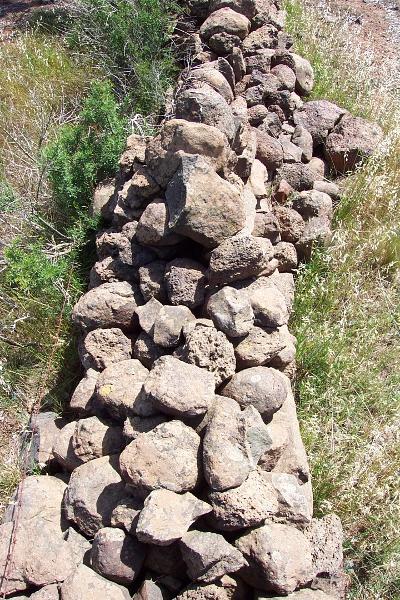 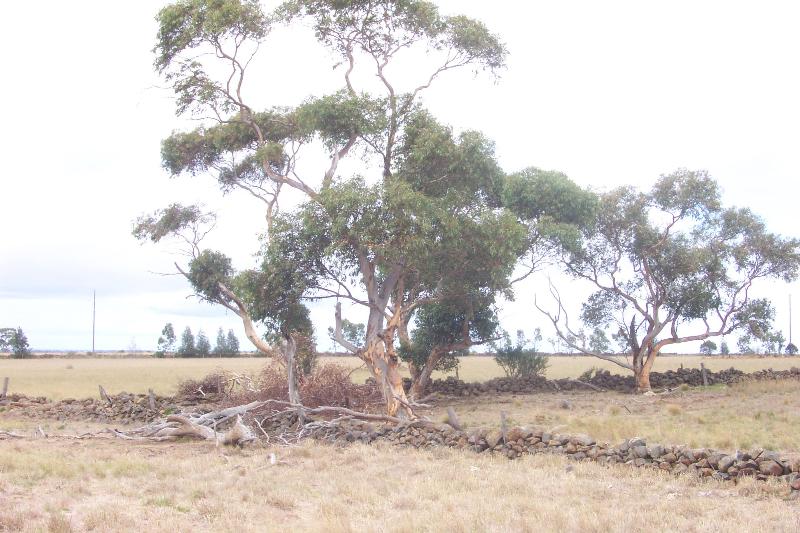 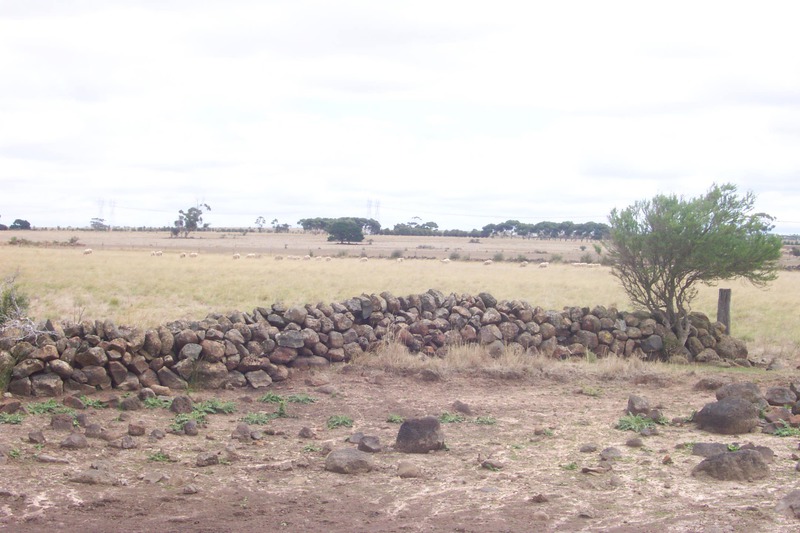 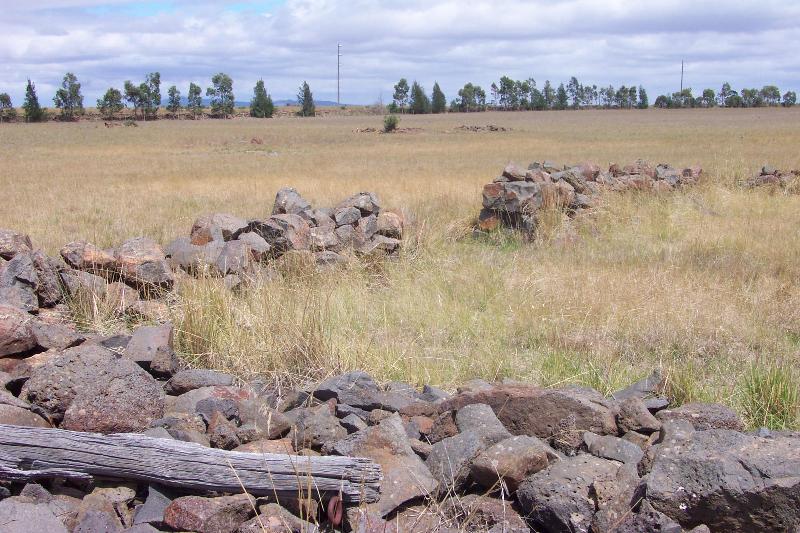 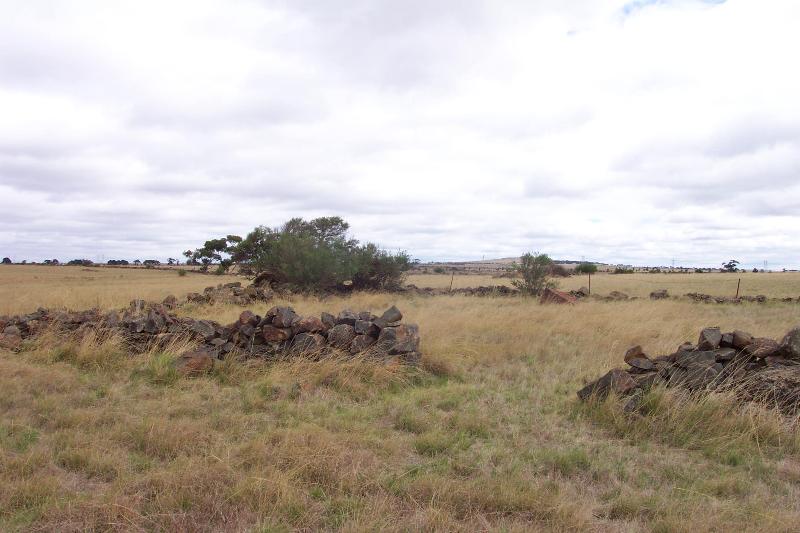 The ruinous former Kerr dairy farm complex 1780 - 1882 Boundary Road, Mt Cottrell is significant as a substantial relic of small farming practices, construction and lifestyle in the dry Werribee Plains area, and for its association with the Kerr family.

The ruinous Kerr dairy farm complex is historically significant at a LOCAL level (AHC A4, B2, D2). It is expressive of a farming era and way of life that is no longer practised. The site includes the substantial ruin of a dwelling with walls approximately 1.5 metres high, a substantial complex of drystone wall stock yards, paddocks and boundary fences in various conditions, a shallow dam, the remains of a well or cistern, the remains of an unusual gatepost, a rock whose hollowed-out form appears to be the result of human action, and a cobbled area to the northwest of the house which may be the remains of a garden area or shedding. The farm is also significant for its association with the deaths of seven of the Kerr children, one of whom drowned in the property dam, and the other six who died within the space of a few weeks as a result of diphtheria. This demonstrates the difficulties of life on isolated nineteenth century farms such as Mt Cottrell, and the susceptibility of children to diphtheria and other deadly diseases from sanitary and other contemporary problems, such as small draughty houses. The Melton community shared something of the trauma of the family's tragedy at a distressing multiple funeral. Two other of the children are reputed to be buried on the property in a location known to family descendents.

The ruinous Kerr dairy farm complex is of scientific significance at the LOCAL level (AHC C2) for its potential to provide evidence of nineteenth century small farming practices and lifestyle in the dry plains area. The construction and layout of the former dwelling, the drystone walls, the steps to the dairy/cistern, the gate and fence-posts, and the hollowed stone, have the potential to provide further research and significant information contributing to a wider understanding of the occupation of the Werribee Plains area. If the steps are to a cistern rather than a dairy it would be of particular interest in regard to information about nineteenth century water management in the dry plains area.

The ruinous Kerr dairy farm complex is also of social significance at the LOCAL level (AHC G1) for its interpretative and educative potential regarding the small farming lifestyle in nineteenth century plains area.