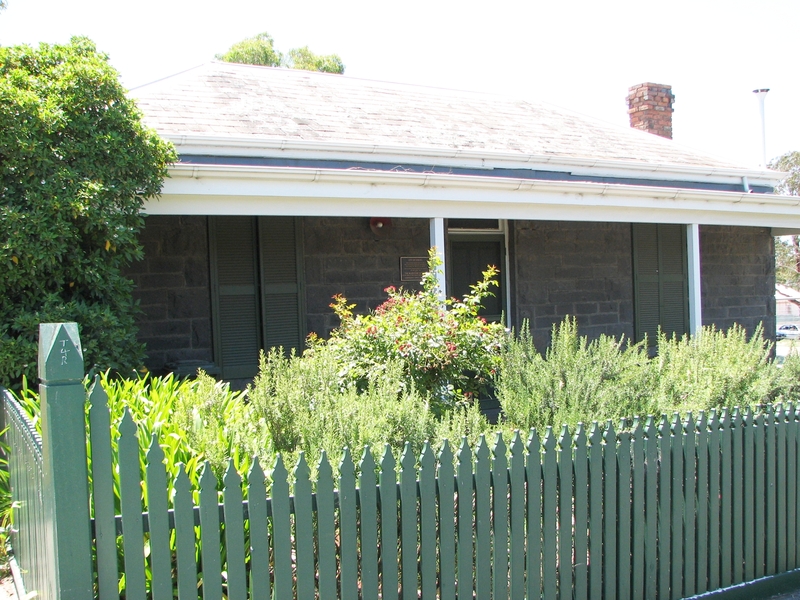 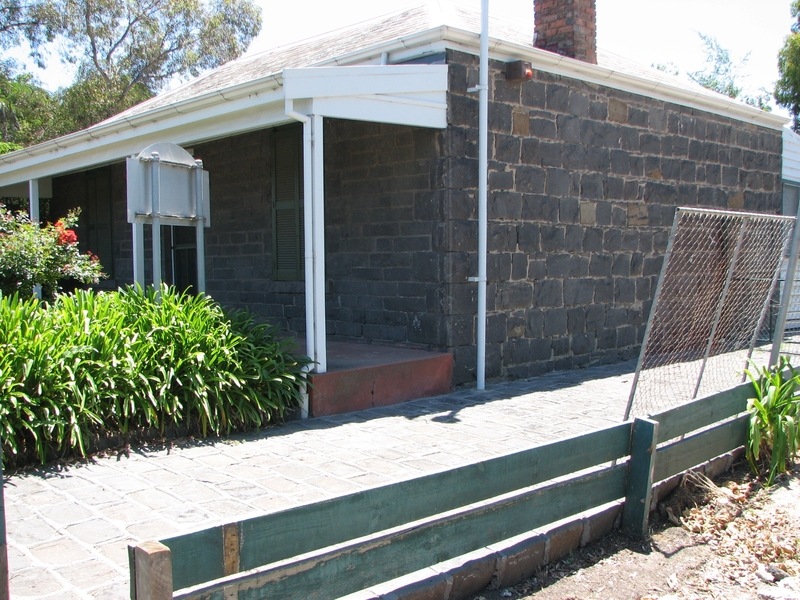 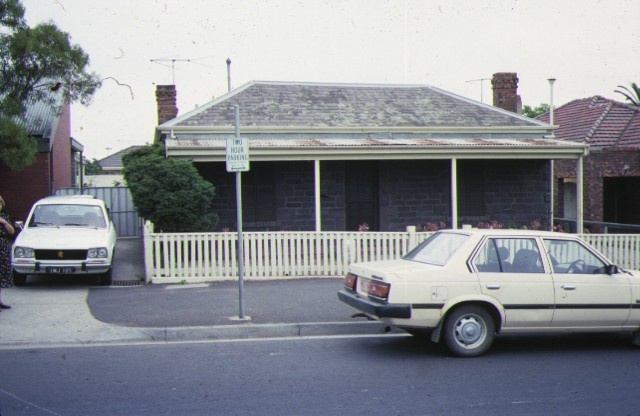 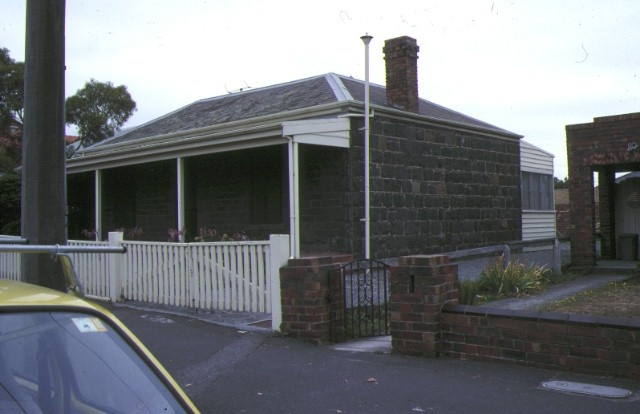 This well-preserved double-fronted bluestone cottage built in 1864 for James Smith, a prison warder, which one formed part of a group of seven stone and timber cottages in that street owned and occupied by Pentridge Prison warders, has state historical significance as an illustration of the dominant role of the penal establishment in colonial Victoria. The cottage, now owned by the City Of Coburg and occupied by the Coburg Historical Society, is remarkable also for its long association over more than a century from 1864-1978, with one family, the Smiths, traditionally warders and blacksmiths. Perhaps because of this single occupancy, the building has remained remarkably intact; the original four-roomed stone section with its front verandah faces bell street and an original separate timber kitchen and laundry constructed at the turn of the century stands at the rear.