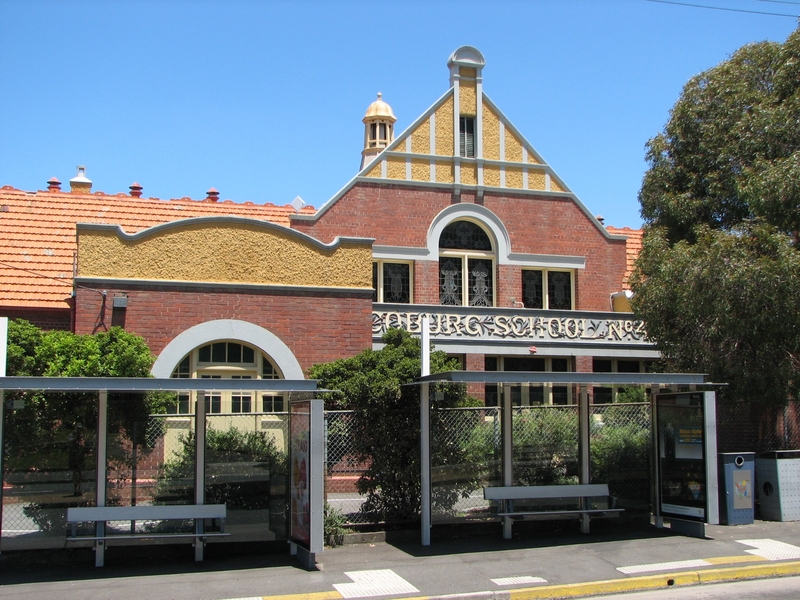 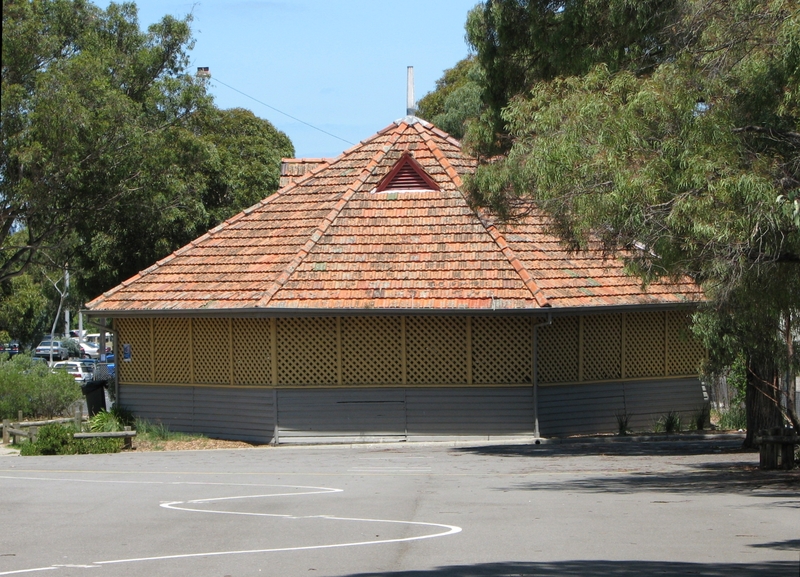 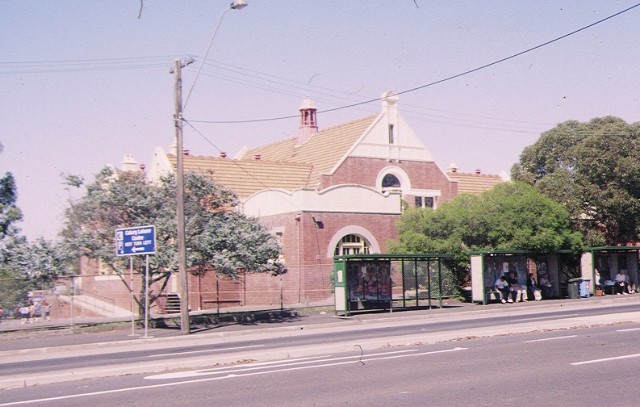 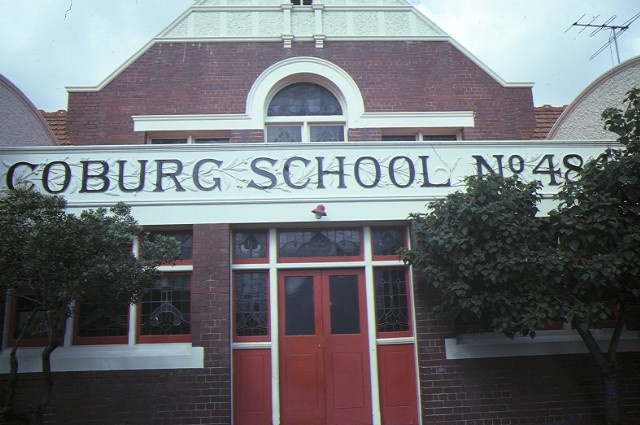 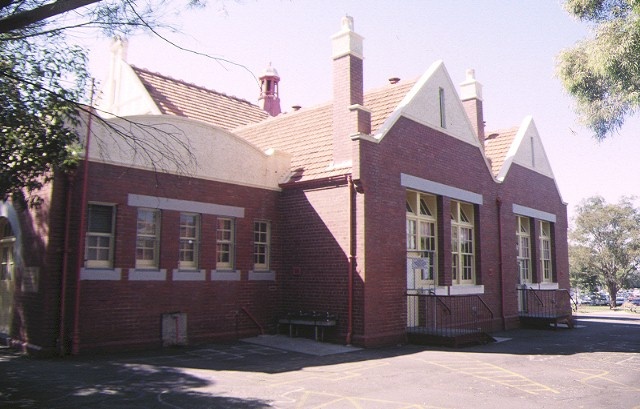 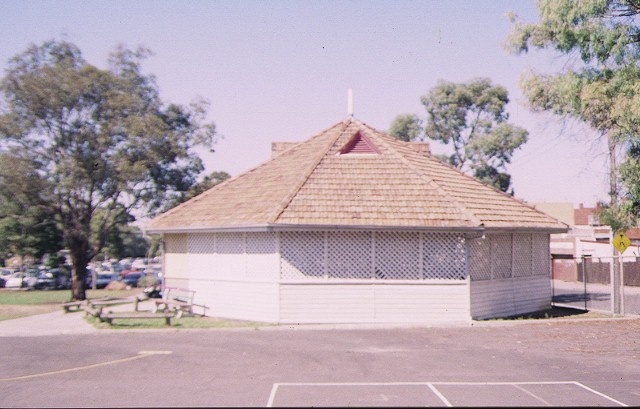 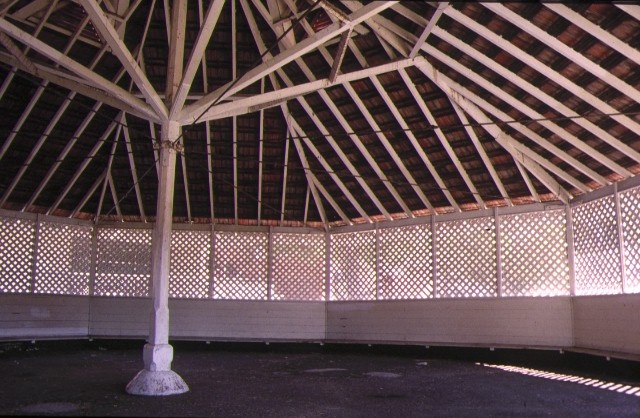 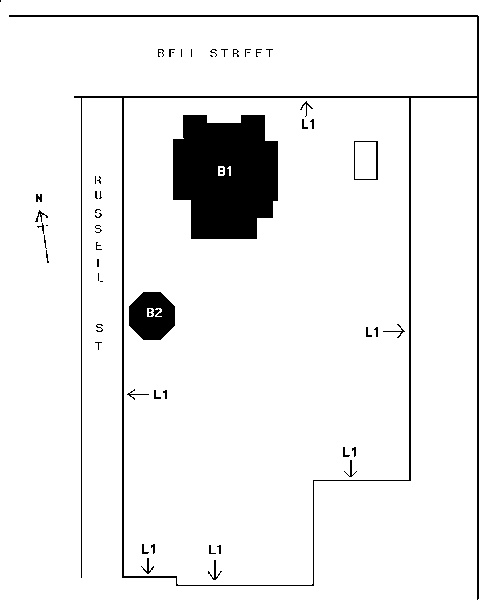 What is significant?
The new Board of Education, set up under the Common Schools Act of 1862, funded a new building in 1867 for Coburg beside the 1858 National School and the two became the Bell Street Common School No.484. When the Education Department took over the school, a new single- storey brick building was constructed in 1874 in front of the two older school houses. Further additions in 1884 consisted of a two-storey brick building with a bell-tower sited in front of the existing buildings. Most of the earlier building was demolished in 1924 to make way for remodelling which gave the two storey building its current appearance. A new infants building was constructed in 1910 as an extension of the Coburg Primary School No.484. The architect for the infant school was George William Watson. The infant building on the south side of Bell street is an example of a parapet entrance Edwardian School constructed of red brick with central assembly hall and surrounding classrooms. It has leadlight windows at the front entry as well as the hall and decorative relief panels with native flora and flora on the parapet above the main entry. There is an unusual timber octagonal shelter shed on the infant building site.

How is it significant?
The Infant Building and Shelter Shed at Coburg Primary School No.484 are of architectural, social and historical importance to the State of Victoria.

The Infant Building at Coburg Primary School No.484 is of architectural importance as it is an example of an early twentieth century infants school with unusual decorative elements such as the bas-relief panels on the external name plate and the leadlight windows in the entry and hall. The hall has an unusual variation of ceiling type with its timber double cove section and decorative tie rods and square ceiling vents. The Shelter Shed at Coburg Primary School is of architectural importance as a rare intact example of an octagonal shade structure which demonstrates an aspect of school life. It has an unusual internal umbrella structure and is complete with coathooks suggesting it was also used as a cloakroom.

The Infant Building at Coburg Primary School No.484 is of social and historical importance as it illustrates a change in educational methods in Victoria during the early years of the twentieth century when efforts were made to provide buildings to serve the particular needs of very young children. The decorative scheme for the building, and the leadlight windows in particular, represent an attempt to train the children to appreciate the aesthetic qualities of their surroundings.
Show more
Show less
All information on this page is maintained by Heritage Victoria. Click below for their website and contact details.

Octagonal shelter shed has been demolished?

Can't find it in google earth