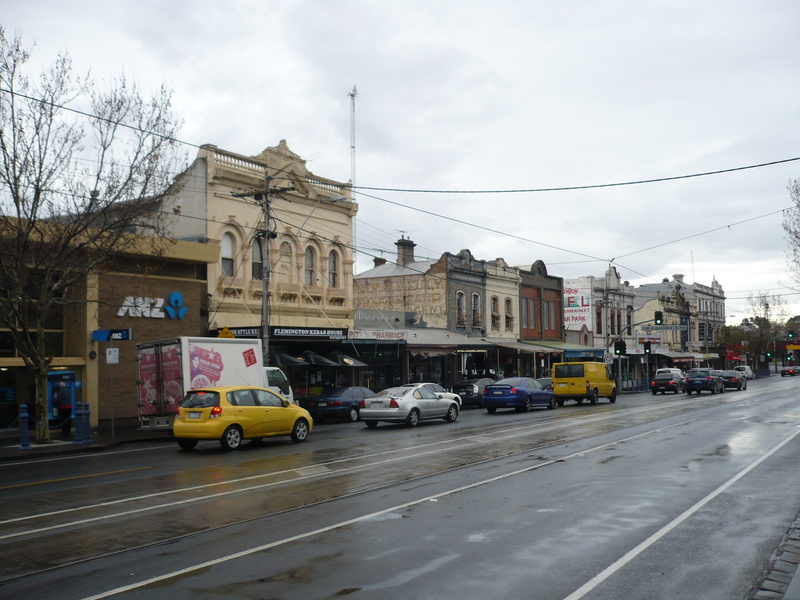 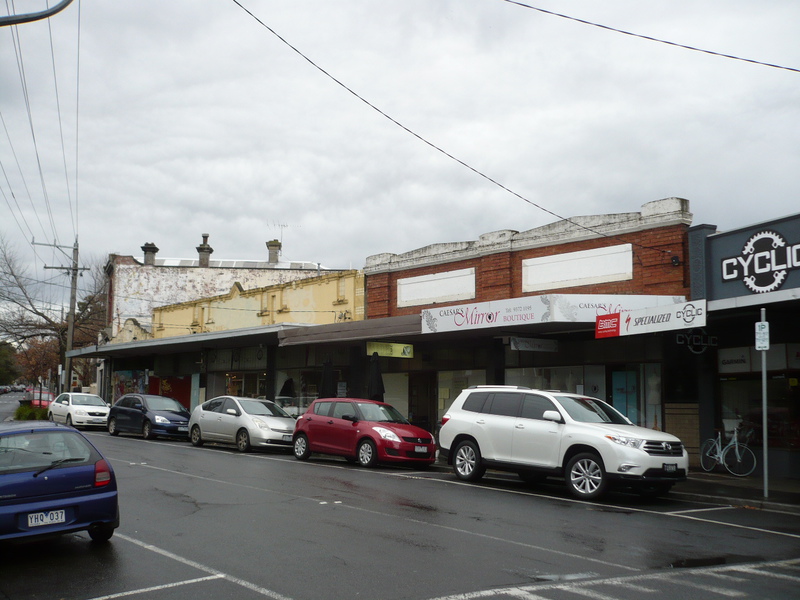 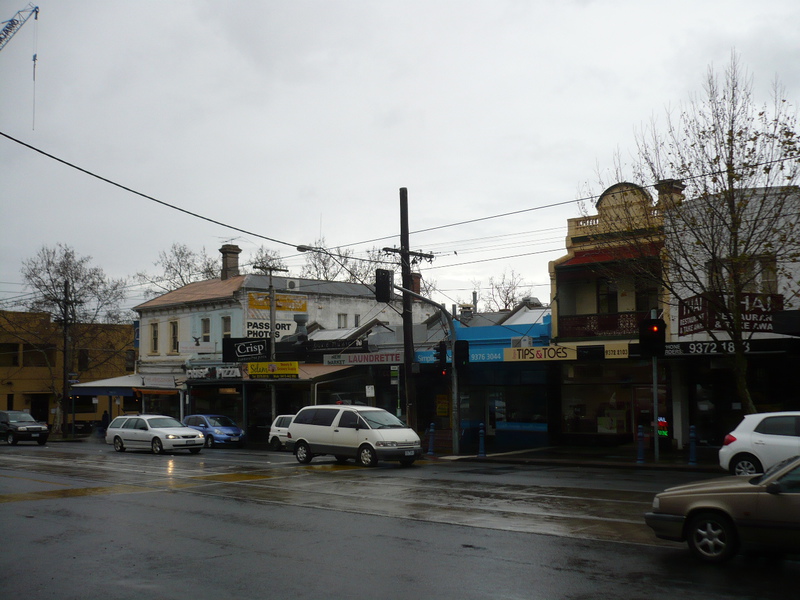 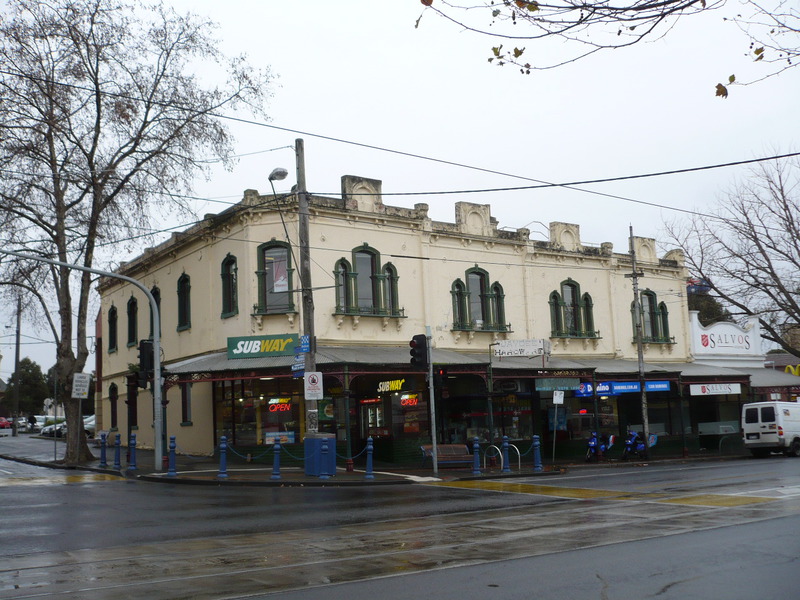 What is significant?
The Racecourse Road precinct is a commercial area comprising buildings that predominantly date from c.1880 to c.1935. The following buildings and elements contribute to the significance of the precinct:

- The intactness to the key periods of development
- The former Colonial Bank of Australasia and Doutta Galla Hotel, which are landmarks within the precinct
- The historic railway bridge, which forms the western boundary to the precinct
- The integrity of the Contributory buildings, particularly above ground floor level, and the surviving early or original shopfronts to some buildings
- The consistency of scale and siting of buildings
- The contrast between the predominantly Victorian era development in Racecourse Road and the Edwardian and inter-war development in Pin Oak Crescent.

The following buildings contribute to the significance of the precinct:

How is it significant?
The Racecourse Road precinct of historic and aesthetic significance to the City of Moonee Valley.

Why is it significant?
Historically, it is significant as the main commercial centre of Flemington and Kensington since the 1880s. Retail centres such as these, which initialy developed around railway stations and along tramlines, were an important regional focus from the late nineteenth century until the emergence of car-oriented shopping centres in the late 1950s. In this precinct the two phases of development is clearly expressed by contrast between the predominantly late nineteenth century built fabric in Racecourse and the early twentieth century development along Pin Oak Crescent that followed the opening of the electric tramway in 1906 and the electric railway in 1919. The importance of this precinct is illustrated by the diversity of commercial premises, at least one former bank, and the former Flemington and Kensington Hall, which was the first council offices of the Borough of Flemington and Kensington from 1882 to 1901. (Criteria A & D)

Aesthetically, it is significant as a fine collection of single and double-storey shops characterised by masonry construction embellished with rendered ornamentation. The form, finish and general ornament allows each period to express its differences from within the basic form and thus illustrates a series of milestones in commercial development of the precinct through the Victorian, Edwardian and Inter-War periods. (Criteria D & E)