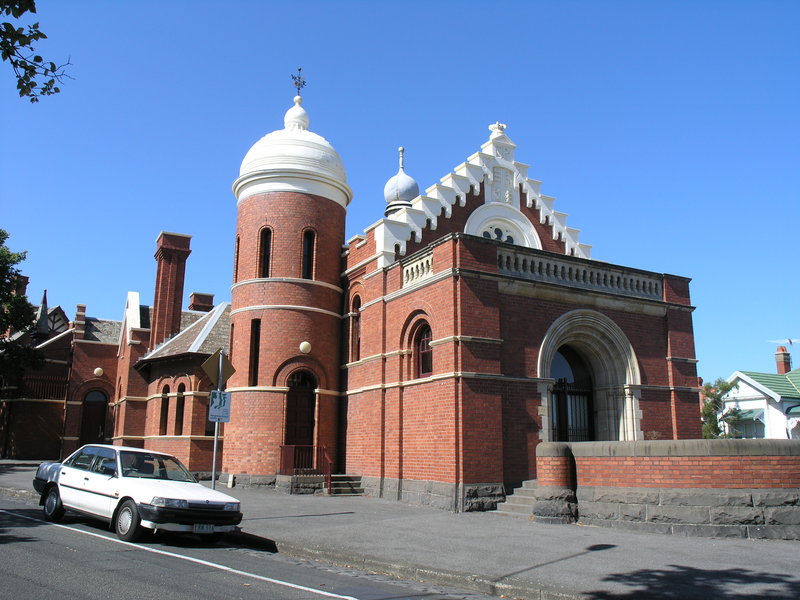 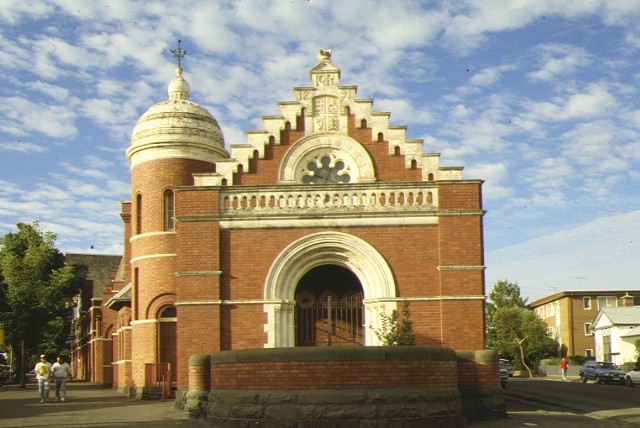 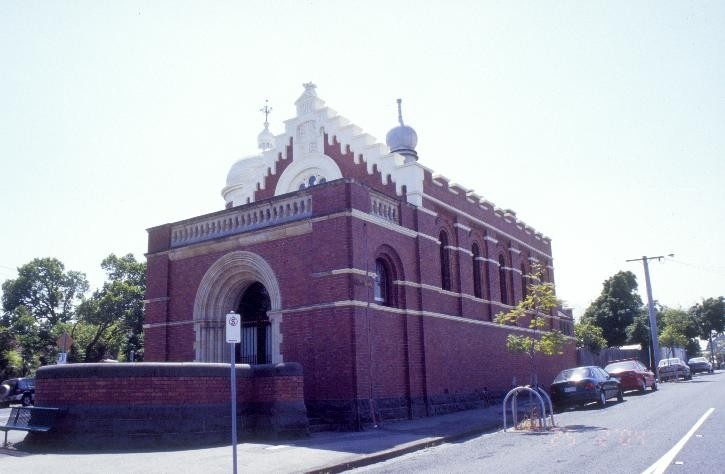 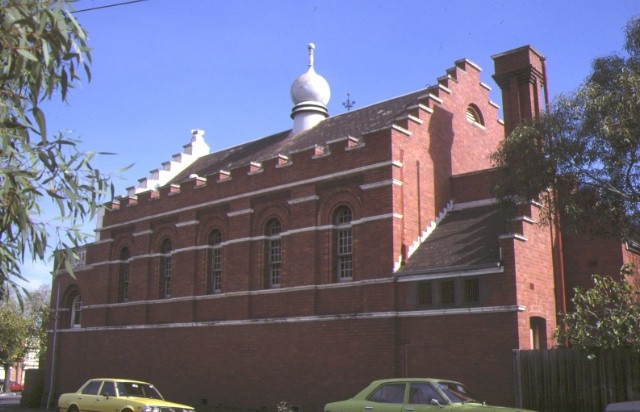 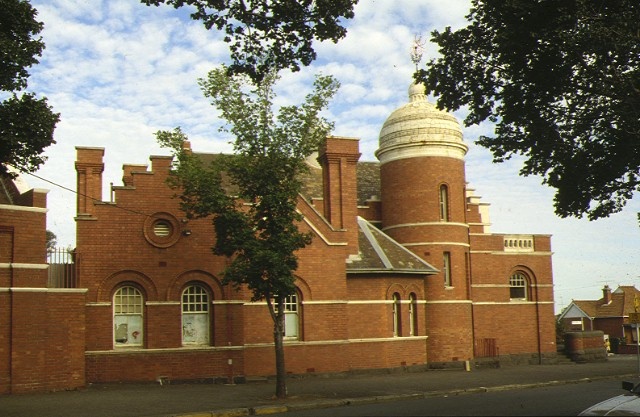 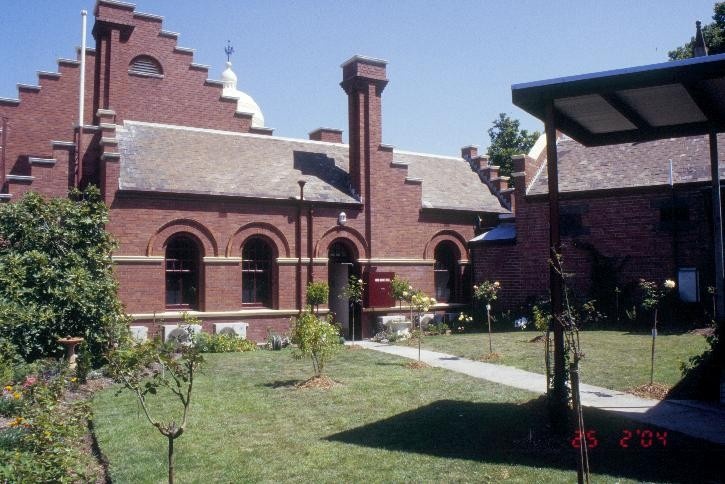 The Former Flemington Court House, forms part of a set of buildings on the triangular site, which includes the Lock-up and Police Station buildings. The Court House is a red brick building with a round domed tower, slate roof, recessed and arched limestone openings and with limestone arch-corbelling up the stepped gable wall over the front entrance. The front entrance has a church-like rose window over the multi-arched door and is approached via a triangular walled terrace filling the extreme corner of the site. The design is based on strong cylindrical, stepped and arched shapes, rather than relying on detailing and ornament for effect. The internal detailing of the ceiling is still evident and although most of the interior fabric has been concealed or replaced, the original layout and finish of the court room space and adjoining rooms can be restored at a later date. The round domed tower has not been altered internally and the original staircase balustrade, rendered wall and joinery are still evident.

The Former Flemington Court House was designed by Public Works Department architect, AJ Macdonald under the supervision of architect JT Kelleher. The design is a combination of Italian Byzantine and Lombardic Romanesque styles.

The Flemington Court House is associated with the history of birth and death records in the area as well as the hearing of criminal and civil law cases.

The Former Flemington Court House is of historical and architectural significance to the State of Victoria.