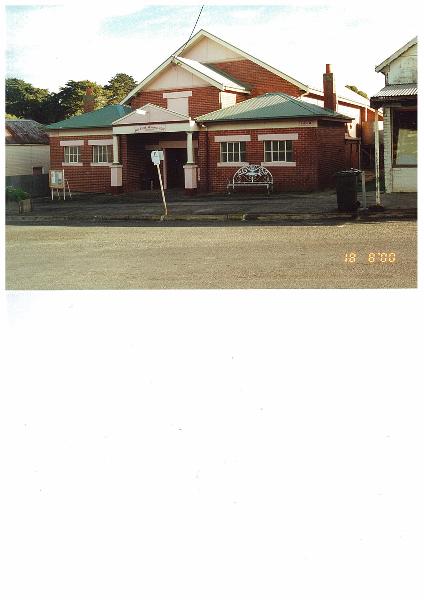 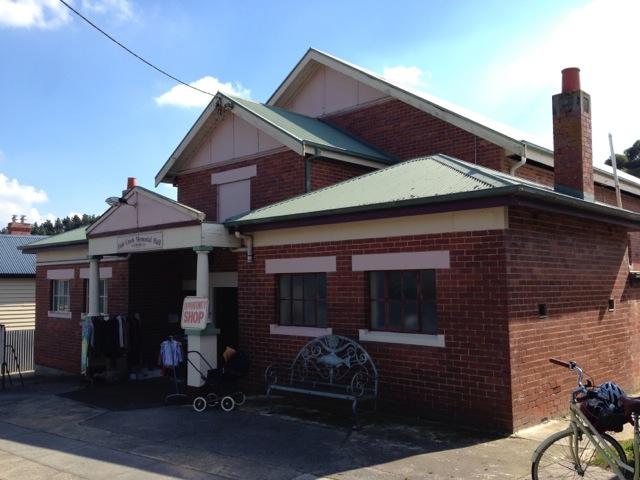 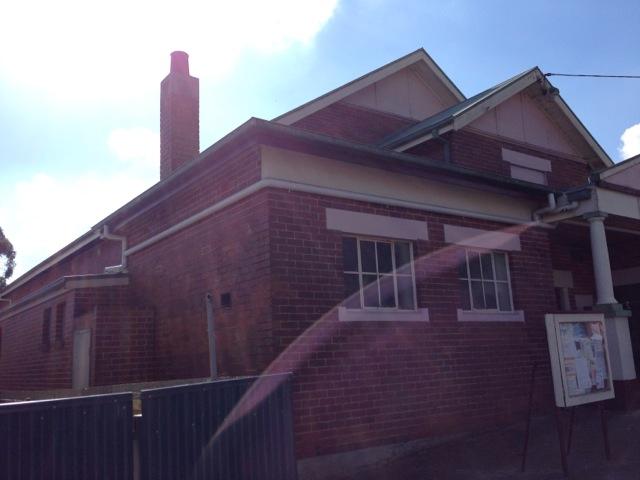 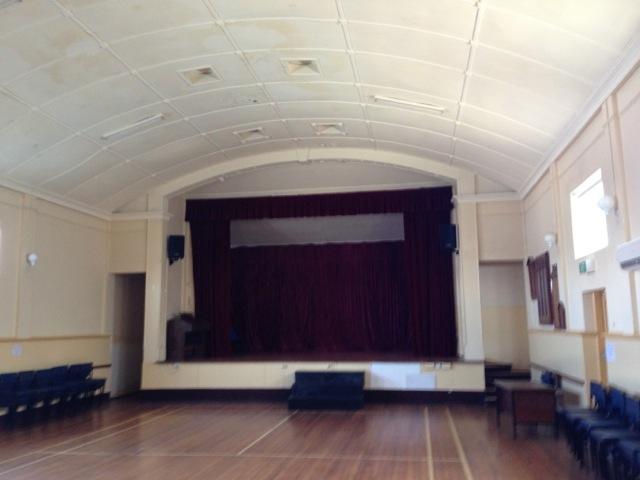 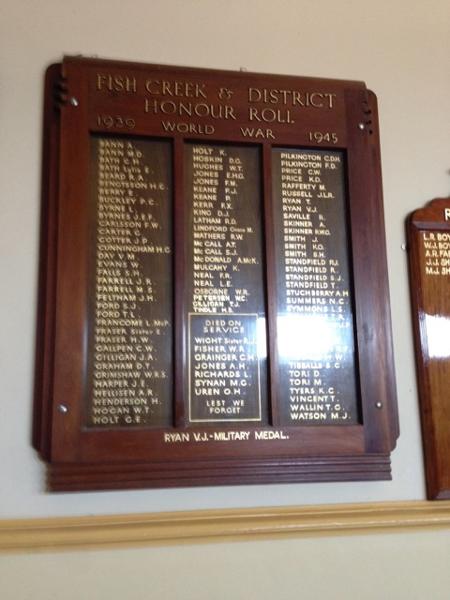 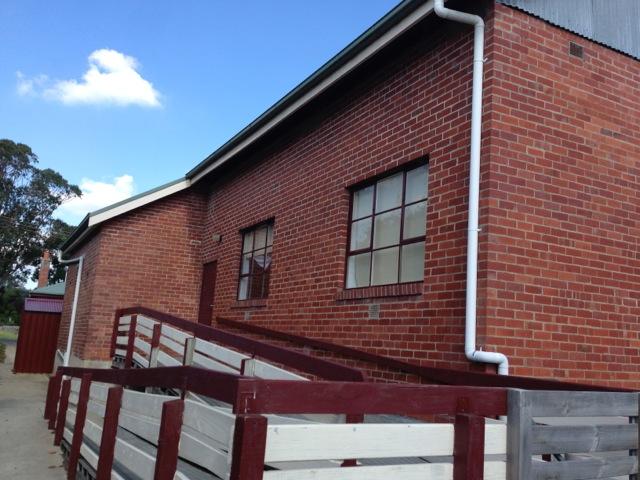 What is significant?
The Fish Creek Memorial Hall & Free Library, designed by T.E. Molloy and constructed by Cunningham and Smith in 1930, at 13 Falls Road, Fish Creek is significant. It is a simple gabled brick hall with a cinema projection ('bio') box as a smaller projecting gable (with a 'blind' or covered over window) over the entry portico, which is supported on concrete Tuscan columns standing on rendered pedestals at either side. Below the portico are double timber entrance doors, with the door to the bio-box at left and a small window at right. The portico entrance is flanked by matching hipped side rooms with paired sets of multi-pane metal windows and a square brick and render chimney with a terracotta pot. There are similar high-set windows in the east side elevation, some of which retain original panes of blue-tinted glass. The hall has a steel roof frame, presumably carried on the bottom chords of the trusses, which are visible in the exposed eaves. The undercroft and base is in reinforced concrete. Internally, the decoration of the hall is relatively plain. There is a dado and plastered walls capped by ornamental cornices below a barrel-vaulted ceiling with heavy plaster moulds and boxes. The hall contains a collection of honour boards for the Fish Creek district including World War I 1914-19, World War II 1939-45, Vietnam 1962-1973, and the Fish Creek Branch of the Australian Natives Association (No.213) 1914-1919.

The 1959 supper room addition and other alterations and additions are not significant.

How is it significant?
The Fish Creek Memorial Hall is of local historic, social, architectural and aesthetic significance to South Gippsland Shire.

Why is it significant?
It is historically and socially significant as a building that is associated with the growth of the Fish Creek district after World War I, and for its continuous use by the community for over 80 years. It is also significant as a World War I memorial and demonstrates the desire for memorials to have lasting community benefit as well as commemorative meaning. (Criteria A & G)

It is significant as a typical example of an architect-designed hall of the interwar period, which is distinguished from earlier halls by the inclusion of a bio-box for the showing of motion pictures as an integral part of the design. It is also of note for its associations with local architect, T.E. Molloy, who designed several public and town halls in South Gippsland. Aesthetically, it is a landmark building that contributes to the historic character of Falls Road precinct in Fish Creek. (Criteria D, E & H)