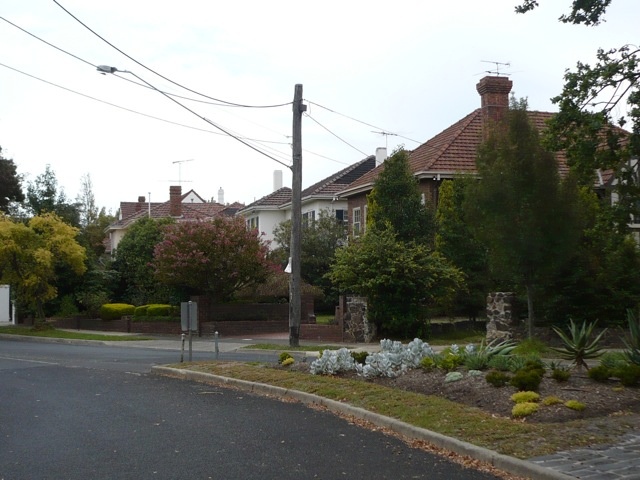 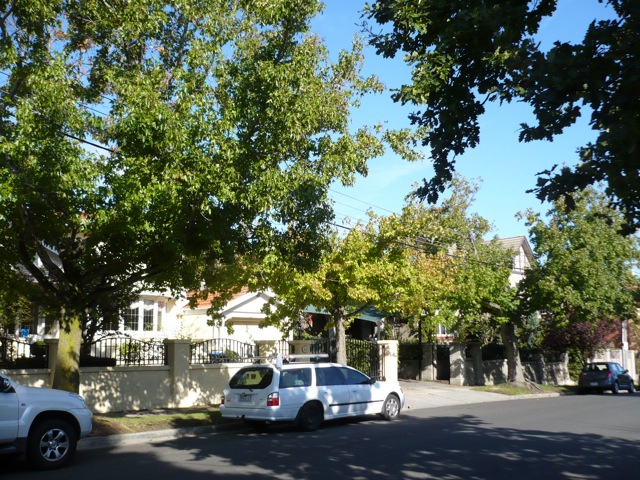 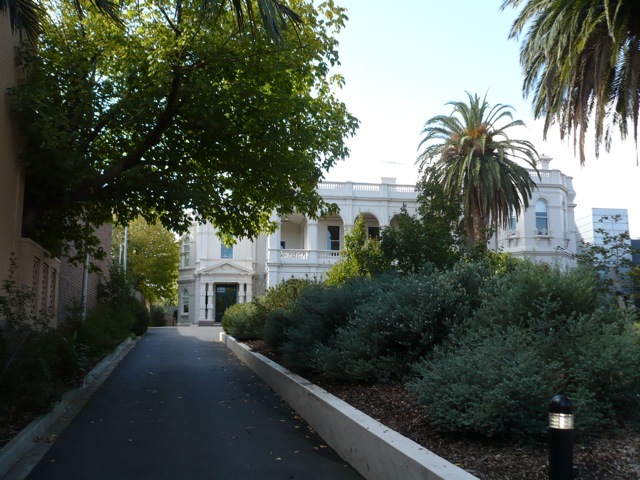 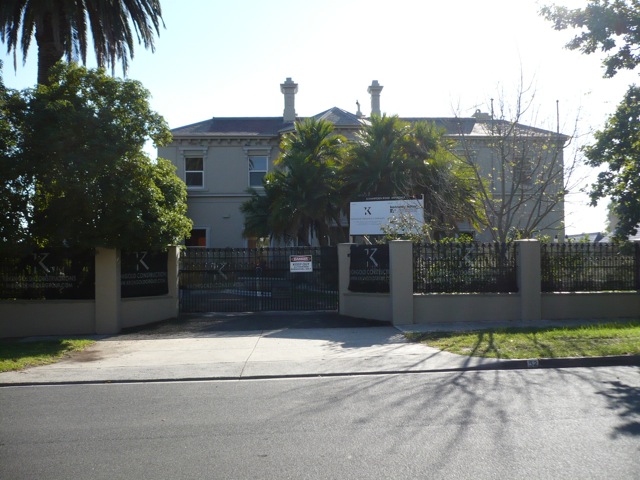 What is significant?
The Hampden Road precinct, comprising the properties at 10 Avalon Road, 371-377 Dandenong Road and 29B-45 & 28-52 Hampden Road in Armadale. It is a residential area that developed in two distinct phases - the late nineteenth century when large mansions were built on large allotments of several acres, and the inter-war period (c.1919-c.1940) when the mansion estates were subdivided and the lots developed for large houses and flats. The following elements contribute to the significance of the precinct:

- The distinctive pattern of subdivision and development created by the discrete groups of inter-war housing amongst remnant nineteenth century mansions.
- The relatively high integrity of the contributory buildings when viewed from the street.
- The overall consistency of form, scale (one to two storeys), siting (regular front and side setbacks) and external materials and detailing (brick or render with hip or gable tiled roofs and chimneys) of the groups of inter-war houses, apartments and maisonettes.
- The 'garden suburb' character created by the mature street trees and mature trees in private gardens, low front fences to many properties and the absence of vehicle accommodation or other buildings in front or side setback areas.

On this basis, the following places contribute to the significance of the precinct:

How is it significant?
The Hampden Road precinct is of local historic, architectural and aesthetic significance to Stonnington City.

Why is it significant?
The Hampden Road precinct is historically significant as an area that provides tangible evidence of two important themes in the development of Stonnington - the development of mansion estates in the late nineteenth century and the subdivision of these estates to create middle-class residential areas in the twentieth century. It is also significant as an illustration of the increasing popularity of apartment living during the inter-war period and, in particular, demonstrates the emergence of maisonettes as an acceptable form of apartment development for middle class families. (Criteria A & D)

The Hampden Road precinct is architecturally and aesthetically significant as a fine example of a middle-class inter-war residential area. It is architecturally significant for the consistent quality of its built form and the relatively high degree of intactness from the second phase of development during the inter-war period. It is aesthetically significant for the quality of its urban landscape, which is notable for the garden suburb character created by the mature trees used as street plantings and in front gardens. (Criterion E)