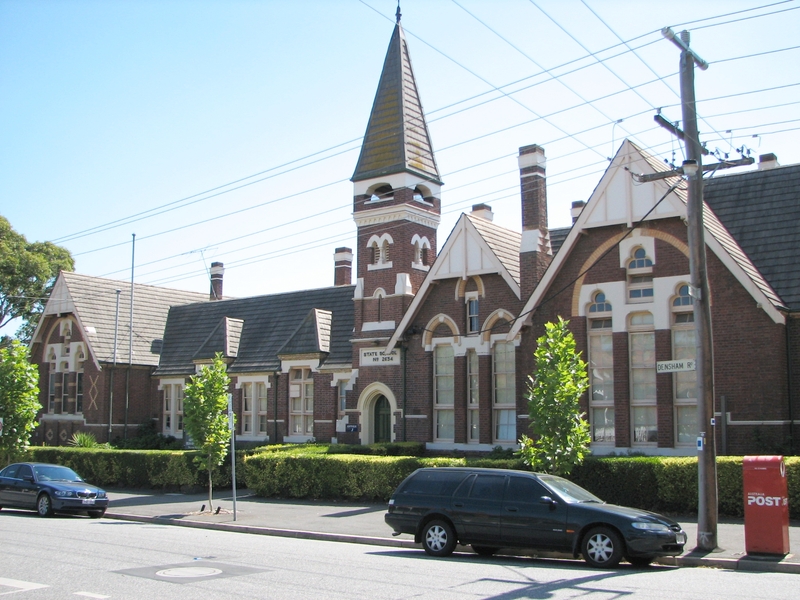 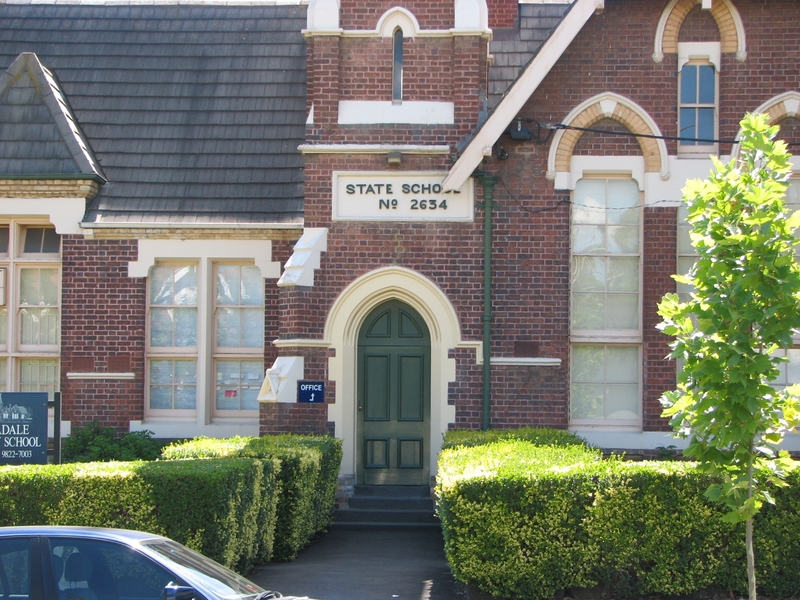 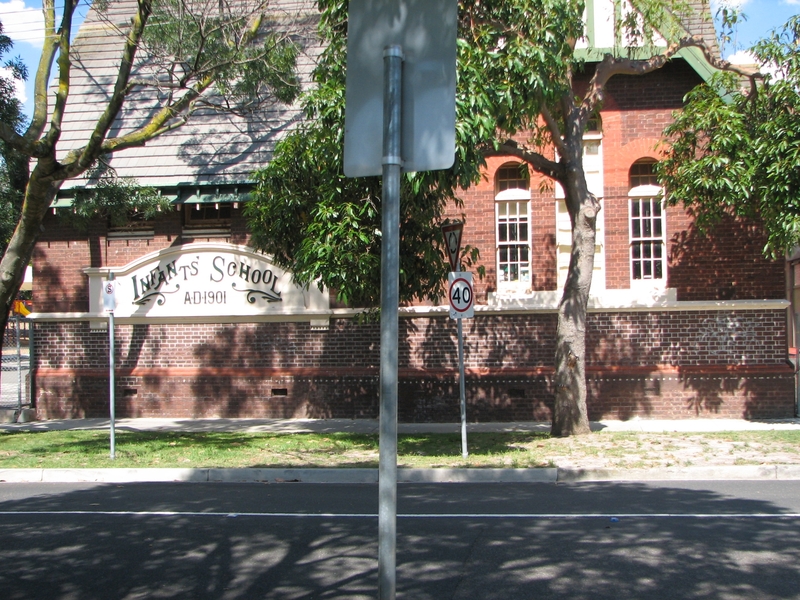 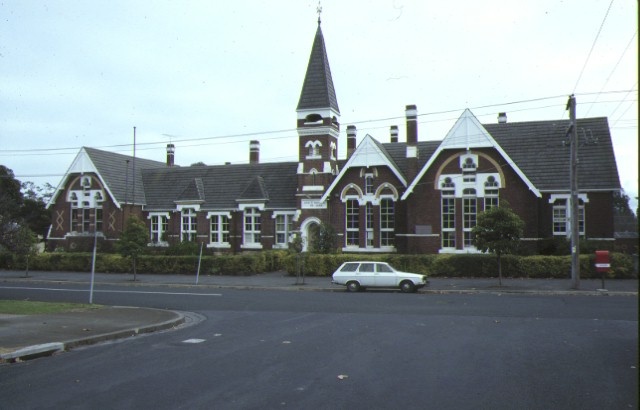 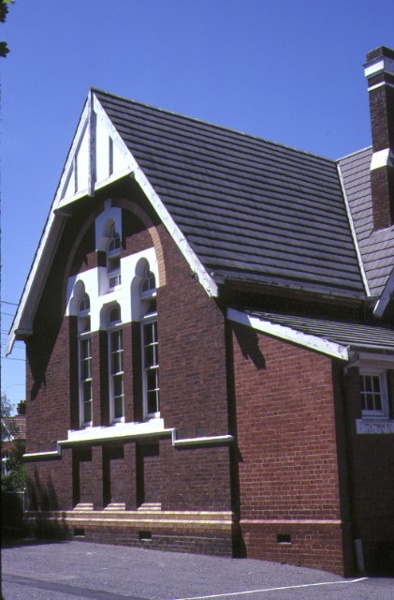 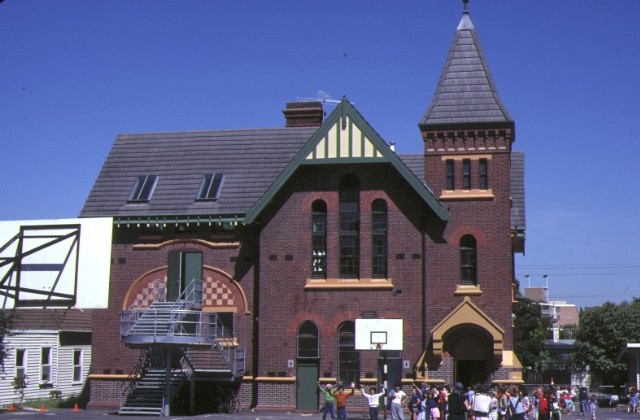 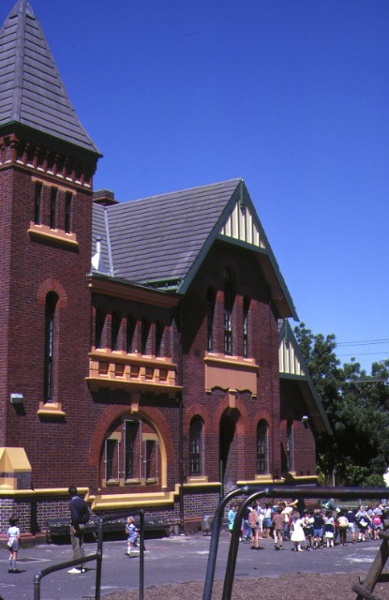 Primary School No.2634 in Armadale consists of two buildings. The larger of the two is a single storey structure with tuckpointed brown brick walls with contrasting bands. It is believed that the central section was erected in 1886 and the side wings in 1891 and 1899.

Gothic elements include pointed arch openings, buttresses, steep gable roofs and tall chimneys. There is a slender square tower with spire over the main entrance. Alterations, including the levelling of the stepped class room floors, took place in 1925. The second building, an Infant School, was constructed in 1901 in a picturesque romantic gabled version of the Romanesque style. The designs for all phases of construction were the work of the Public Works Department architect Samuel E. Bindley.

Primary School No.2634 is of historical and architectural significance to the State of Victoria.

Primary School No.2634 is of historical significance as an unusual combination of two distinctive school designs, which reflect the gradual development of the school, and the evolution of education philosophy. The single storey building was built in three stages, although it has a remarkably cohesive appearance. This suggests that the school was originally quite small and was enlarged to meet the demands of an increasing population as the nearby suburbs expanded. The Infant School was one of the earliest of the 53 built between 1901 and 1939. Infant Schools reflected a new understanding of the special needs of very small children and were an attempt to provide a better environment for teaching such youngsters. There was a much greater emphasis on hygiene, lighting and ventilation than in previous schools. Primary School No. 2634 is a very rare example of a two storey Infant School.

Primary School No.2634 is of historical significance as a reminder of the great influenza epidemic of 1919. During this time, it functioned as an emergency hospital, with the pupils dispersed throughout the neighbourhood in halls leased from local churches. The school's shelter shed was used as a morgue.

Primary School No.2634 is of architectural significance for the distinctive designs of its two buildings, which are excellent examples of the work of Samuel Bindley. The Infant School building, in particular, is possibly the only two storey example of such a building in the State. Infant Schools were usually built on one storey to eradicate the need for small children to negotiate stairs. The two storeys of the Armadale school may have been a response to the constraints of its site and an effort to minimise loss of playground space. Bindley was one of the Public Works Office's most prolific architects. Over three decades until his retirement in 1907 he designed a number of schools, post offices, court houses and other public buildings. Perhaps one of his grandest and better known buildings was the Records Office in Queen Street, Melbourne.