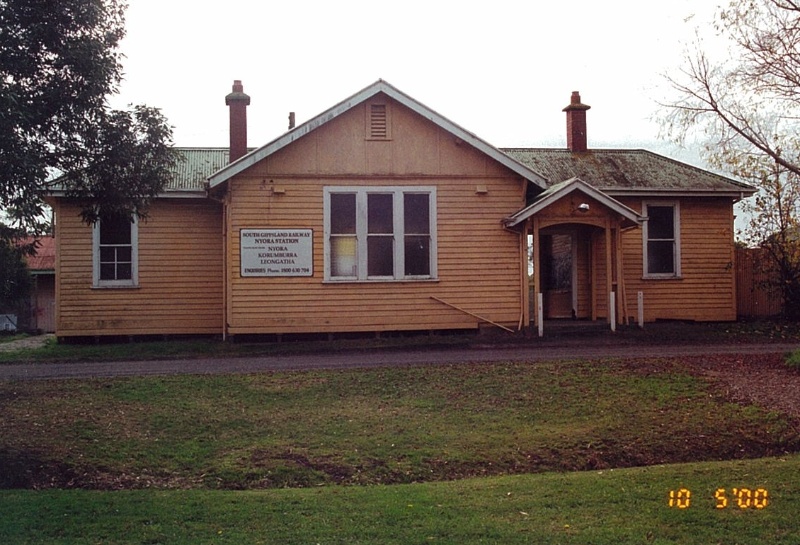 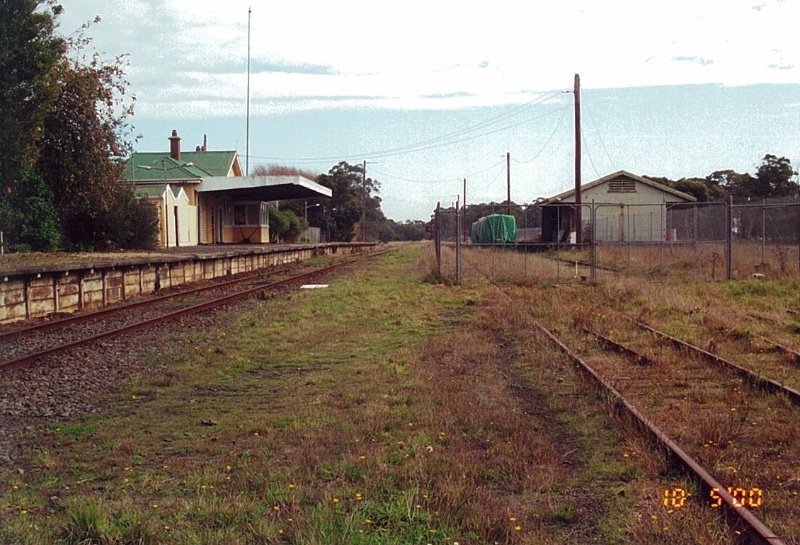 What is significant?
The Railway Station complex, comprising the Station building constructed c.1915 and the associated goods shed, platform, and other extant associated infrastructure, at Nyora.

Why is it significant?
The Railway Station complex at Nyora is of local historic, aesthetic and social significance to South Gippsland Shire.

Historically, it is an important element of the South Eastern Railway as the major station complex in the northern part of the Shire and one of only three extant stations in the Shire. It demonstrates the importance of Nyora as a switching station near the junction of the South Eastern and Wonthaggi Railways. (AHC criteria - A.4 and D.2)

Aesthetically, it is a relatively intact example of the 'Gisborne' style of railway stations constructed in the early part of the twentieth century. (AHC criterion - E.1)

Socially, It played an important role in the opening up of access to the region in both commercial and social terms. (AHC criterion - G.1)