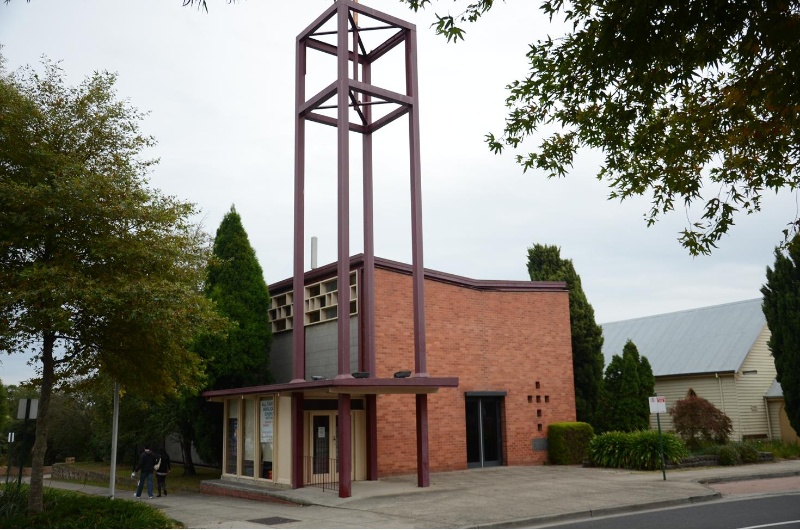 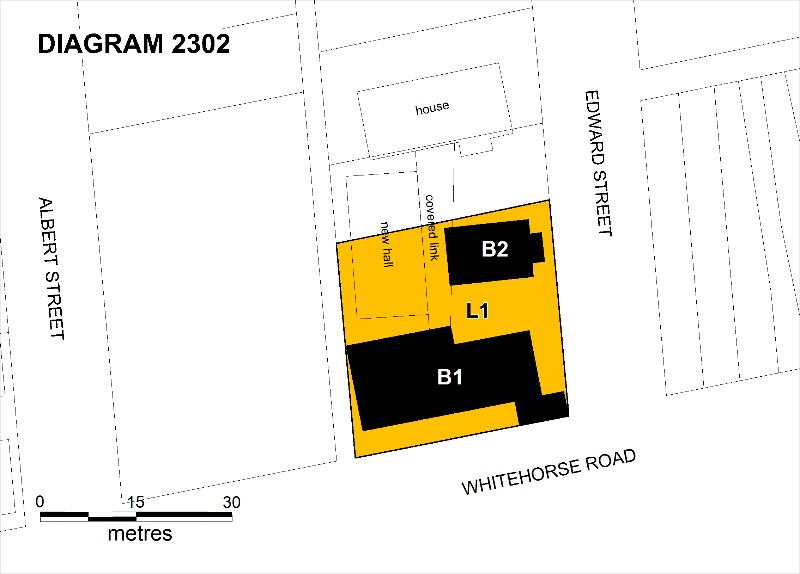 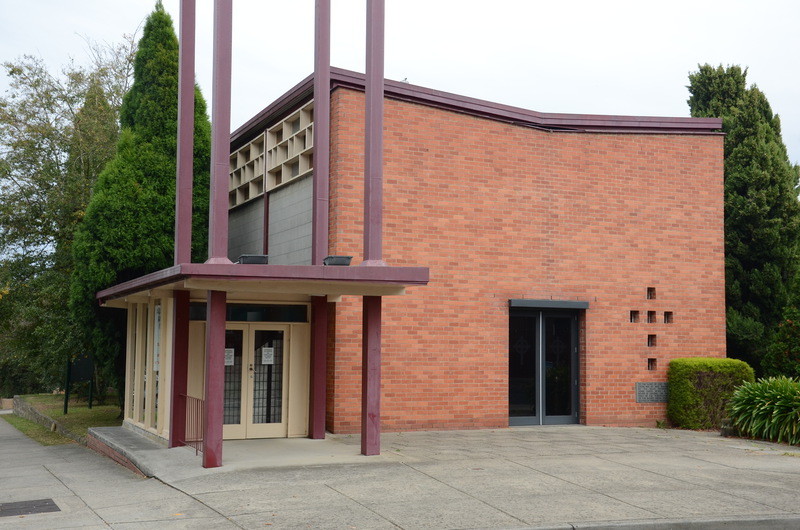 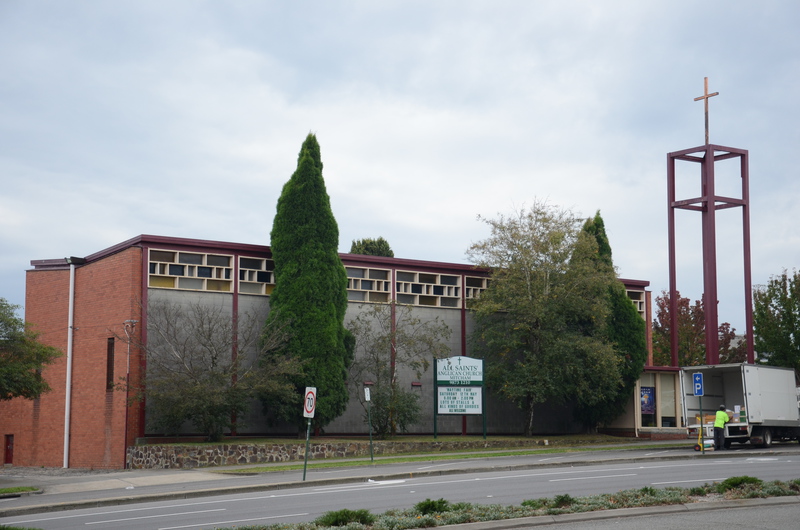 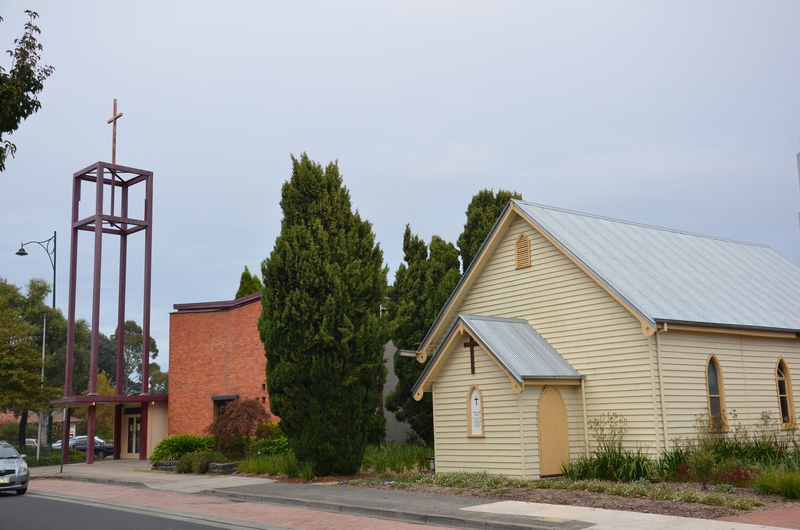 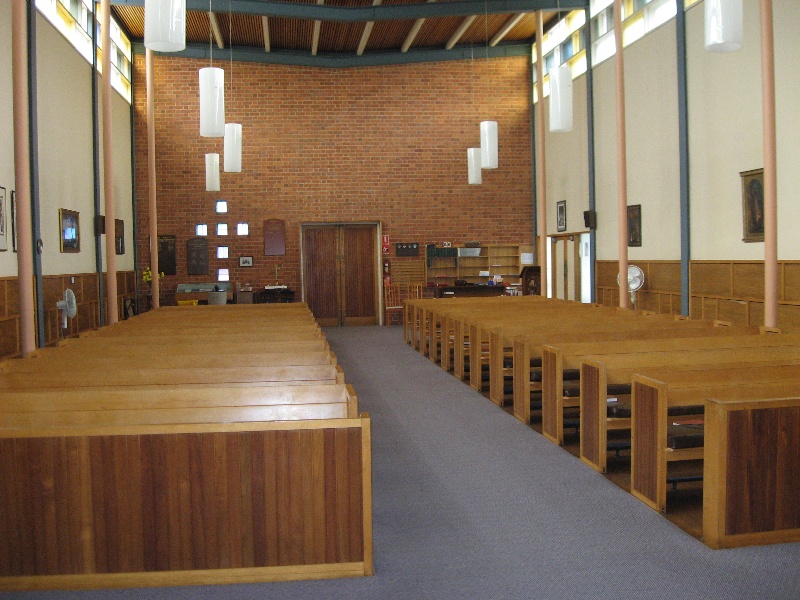 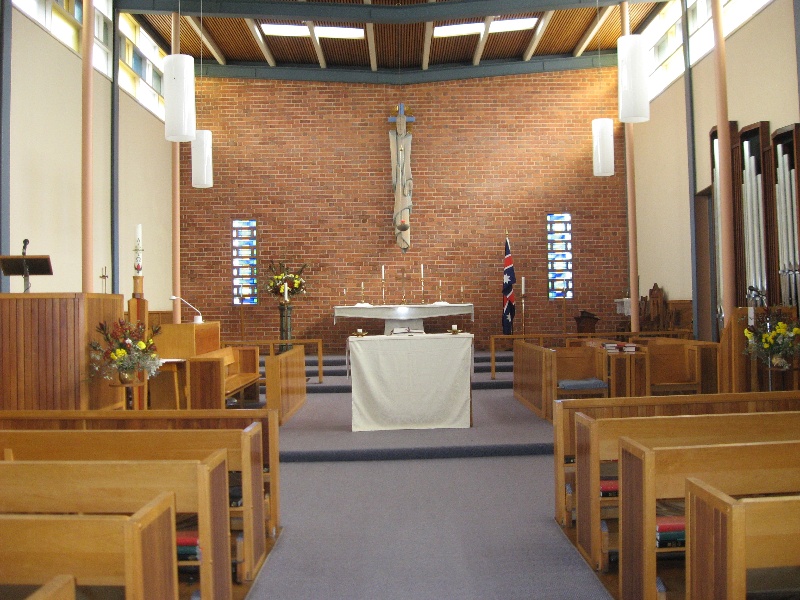 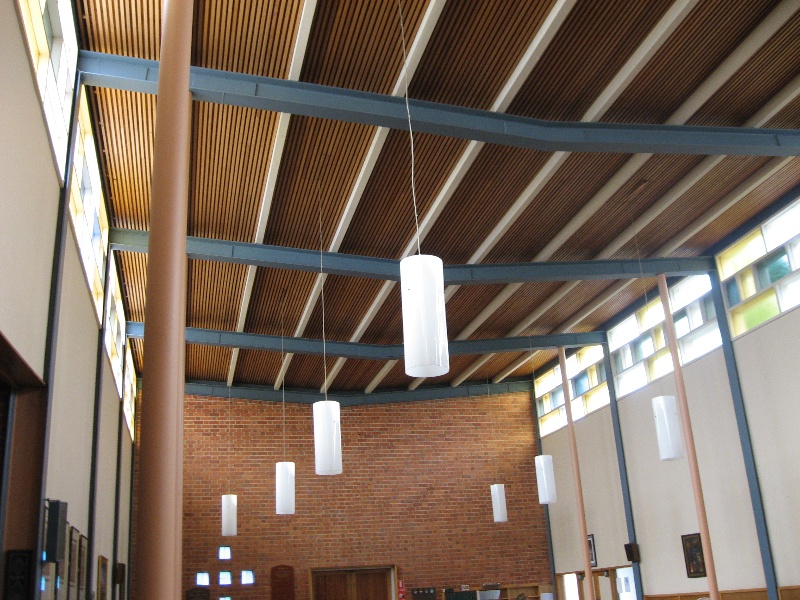 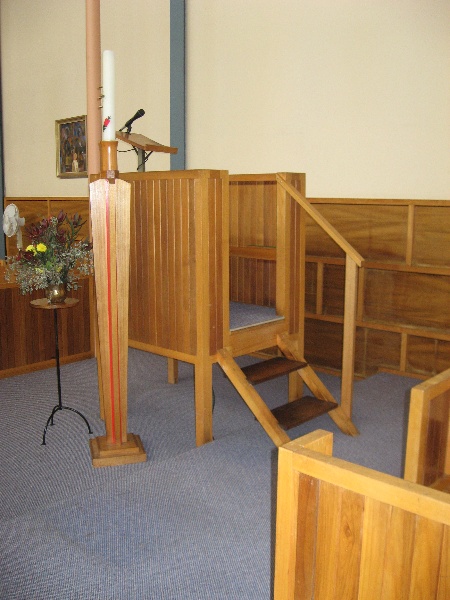 What is significant?
All Saints (former Christ Church) Anglican Church was built in Mitcham in 1958.

Christ Church Parish Mitcham was created in 1888 and a timber church building was erected that year. In 1958 a new church was built on the adjacent site and the 1888 church was subsequently used as the parish hall. All Saints (former Christ Church) Anglican Church, was designed in 1958 by Raymond Berg, a modernist architect who worked with a number of influential architects in the Department of Architecture at the University of Melbourne from 1949 to 1962, and was constructed by Anderson Construction Company. Both church buildings remain on the site.

The 1958 church is an early modern building of simple rectangular form with shallow butterfly roof. Built of rigid steel frame construction, the end walls are of solid red brick and the side walls are clad with grey concrete tiles. Strips of clerestory windows, with deep reveals, line the side walls between exposed steel columns. An ancillary rectangular space to the north-west contains a chapel, vestry and choir room, and another to the south-east contains the original entry porch. A tall open steel framed tower, supporting a cross, is situated in front of the porch. Internally the nave and sanctuary are one unified space with the steel structure clearly expressed. Additional cylindrical steel columns flank the side aisles, strapped plywood dados line the side walls and the ceiling is lined with timber. The building retains stained timber furniture, including a pulpit, lectern and two-toned pews, a marble altar and cylindrical acrylic light fittings.

Recent additions to the property include an enclosed link which abuts the north side of the 1958 church and the rear of the 1888 church, and connects these with a new hall and existing church house. The form of the two church buildings remains clearly evident.

How is it significant?
All Saints (former Christ Church) Anglican Church, Mitcham is of architectural and historical significance to the state of Victoria.

Why is it significant?
All Saints (former Christ Church) Anglican Church, Mitcham is of architectural significance as a highly innovative ecclesiastical design and one of the first truly modern church buildings in Victoria. It appears to be the only church designed by the well regarded Melbourne architect Raymond Berg and one of his few remaining works. The church building has always been well regarded as a significant work by the architectural profession.

The 1888 and 1958 buildings at All Saints (former Christ Church) Anglican Church, Mitcham are of historical significance as a reflection of the changes in architectural and religious thinking which have occurred during this period, which enabled the traditional forms of church building in Victoria to be challenged. The 1958 church reflects the growing interest in the interaction between the clergy and the congregation in the church setting in the late 1950s and 1960s, and provides an early and innovative illustration of the effect this had on ecclesiastical design in Victoria. The two buildings contribute to an understanding of the continuing use of the site.