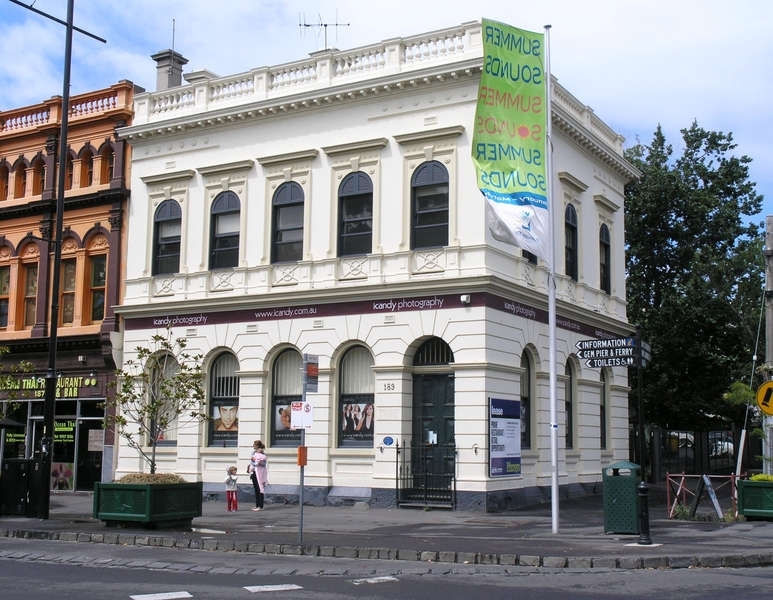 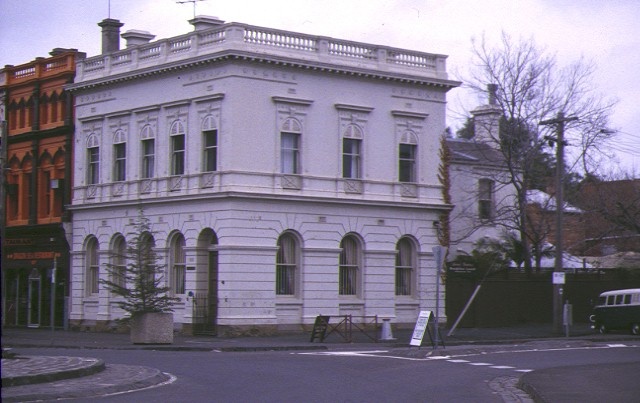 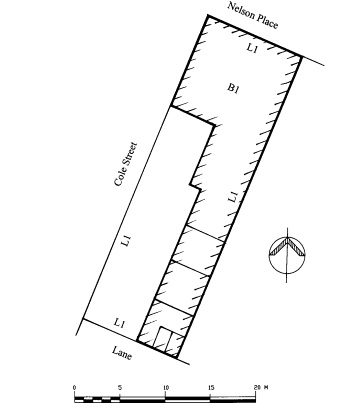 What is significant?
The former Bank of Australasia was built in 1876 by Pearce and Murray to the design of the architectural firm Reed and Barnes. Designed in the Italian Renaissance revival style, it is built on two street frontages, with a side wing set back from the side street. The building's footings are of stone with rendered brickwork above. Both main elevations have smooth rustication at ground floor level behind elaborate pedimented window cases. There is a
balustraded and piered parapet to the two street frontages and deeply bracketed cornice mould. The round headed windows are arranged symmetrically on the main facades. The public entrance to the main banking chamber is near the corner on the Nelson Place facade with a pair of wrought iron gates which can be closed across the door's entry. The side service wing is much simpler in style. The building included living quarters on the second storey.

How is it significant?
The former Bank of Australasia is of architectural significance to the State of Victoria.

Why is it significant?
The former Bank of Australasia is architecturally significant as an important example of the work of the renowned architectural firm Reed and Barnes. The building is an original and elegant composition in the Italian renaissance Revival style with its rich decoration and detail. Noteworthy features include the ornate upper storey with its balustraded and piered parapet, the window treatment, the wrought iron panels at the base of each window and the deeply bracketed cornice moulding. The significance of the building is enhanced by the retention of much of the original fabric, although some elements such as counters have been removed. Significant features include the banking chamber with its high ceilings, the manager's office and the bank vault.