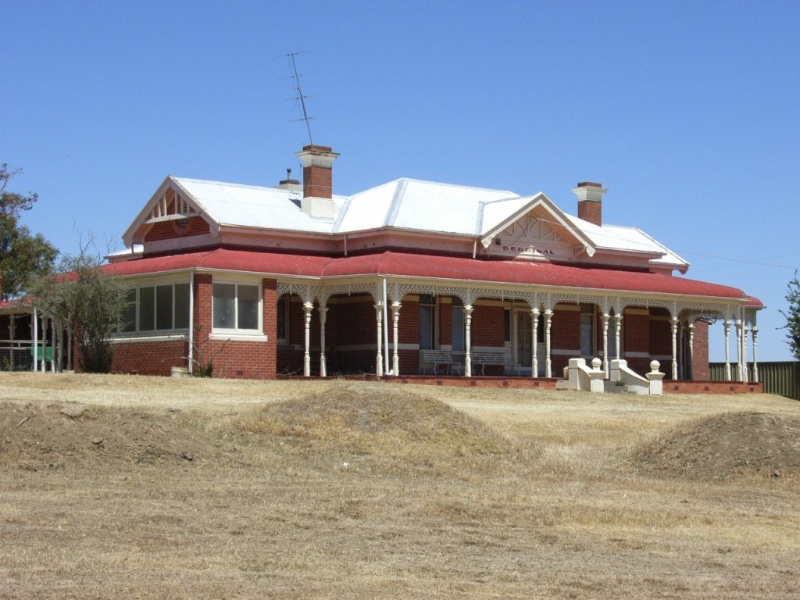 The property at 345 Hills Road Derrinal is of significance. It includes the brick house of 1905, and a timber cottage c.1850s. Other outbuildings are not of significance.

345 Hills Road Derrinal is of local of historical, technical and aesthetic significance to the City of Greater Bendigo.

345 Hills Road is of historic significance for its early date of establishment of 1852 when it formed part of the Derrinal sheep run of John Hunter Patterson and William Speed in the following year. The purchase from the Crown is relatively early for the study area, the land in the ownership of Speed by 1857. It is also of historic significance for its long association with the Hill family from c.1900 to the present time as it is still in the ownership of F.L Hill. The two houses on the site show the evolution of the property from the 1850s to c.1900. Criterion A

It is of aesthetic significance as a substantial brick homestead of which there are relatively few in the study area. The design is influenced by fashionable urban houses of the period including the paired verandah columns, frieze, front steps detailed in brick and render, strapping to the gable end and the house name in raised lettering. Apart from part of the verandah having been infilled , it has a high degree of integrity. Criterion D

The small timber cottage is of aesthetic and technical significance for its wide weatherboard cladding and evidence of early building technology and for its steeply pitched roof. Criterion B
Show more
Show less
All information on this page is maintained by Greater Bendigo City. Click below for their website and contact details.