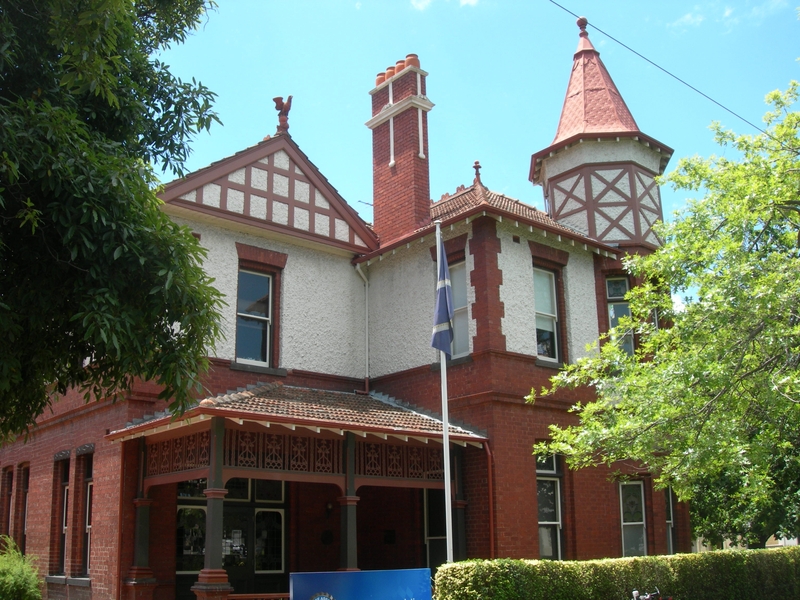 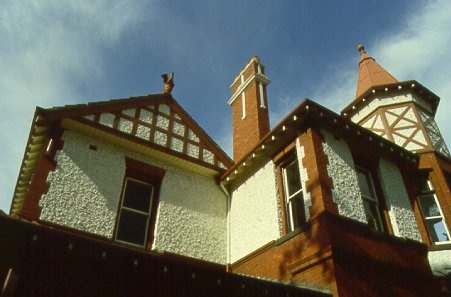 What is significant?
St Hilda's was built in 1907 by R S Phillips for James Griffiths. The architects were Ward and Carleton. Griffiths had migrated to Australia in 1873 and founded the successful tea business of the same name. Both Griffiths and his wife were committed to Christian missionary work and in 1902 Mrs Griffiths was appointed President of the Women's Missionary Council. Almost immediately the house was completed it was given in trust to the Christian Missionary Society to become a Church of England Missionary Training Home.

Missionary zeal was still an important component of the Anglican faith at the turn of the twentieth century, and missionaries trained at St Hilda's could find work in many parts of Asia, as well as at Aboriginal missions in Victoria and other parts of Australia. In 1907 it seems that St Hilda's was used exclusively for training women missionaries, as a separate facility for men existed in North Melbourne. When St Hilda's was finished in 1908 the Sister-in-Charge was Miss Clara Odgers, and three women were accepted for training. Thirty-three missionaries were already working both overseas and at the Aboriginal Missions at Lake Condah and Lake Tyers.

In the 1930s the house changed use to become the St Hilda's Church of England Deaconess House. In the 1960s it was sold and converted into apartments. From 1982 until 2001 the building was an office of Bates Smart, architects. Bates Smart restored the house, retaining much of the original fabric and fittings, and researched and reproduced the original paint scheme.

St Hilda's is a two storey house constructed of red brick relieved by panels of terra cotta with large areas of the exterior of the first floor covered in roughcast. The building possesses elements derived from the English Elizabethan, Romanesque and Norman periods of architecture. Half-timbered gables, arcading and cushion column capitals express these influences, whilst the corner tower with its flared eight sided spire and walls and the roof terracotta grotesques (eg eagle) are typical of the grander so-called Queen Anne style residences of the Federation period.

Internally the British Arts and Crafts movement inspired the tiled mantels, foliated leadlight patterns, fretted decorative trusswork and stained timber wainscotting. Extant elements include the linoleum floor in the hallway; the main bathroom, complete with pressed metal dado, glazed tiling, bath and washbasins; the built-in linen cupboards at the top of the rear stairs; and the stencilled Evangelical inscriptions on the walls of the dining room and reception room.

A modern two storey rear addition with open-plan studio space is linked to the main house via a two level glass-walled walkway. This building does not form part of the registration.

Why is it significant?
St Hilda's is architecturally significant as a fine example of the Arts and Crafts style of architecture. Its picturesque approach is a variation of the so-called Queen Anne style, which was dominated by red brick, terracotta and asymmetrical planning. Additionally, in the execution of detail, the design draws on the influence of Art-Nouveau. It is significant for its essentially intact interior, including both layout and fittings. The timber wainscotting, the robust pressed metal dado in the dining room and the coloured leadlight glass representation of plants and foliage contribute to an impressive and highly intact Arts & Crafts interior.

St Hilda's is historically significant both within the history of the Church of England and within the context of female employment at the turn of the twentieth century. As a training home for missionaries it was one of the few places to provide vocational training for women.