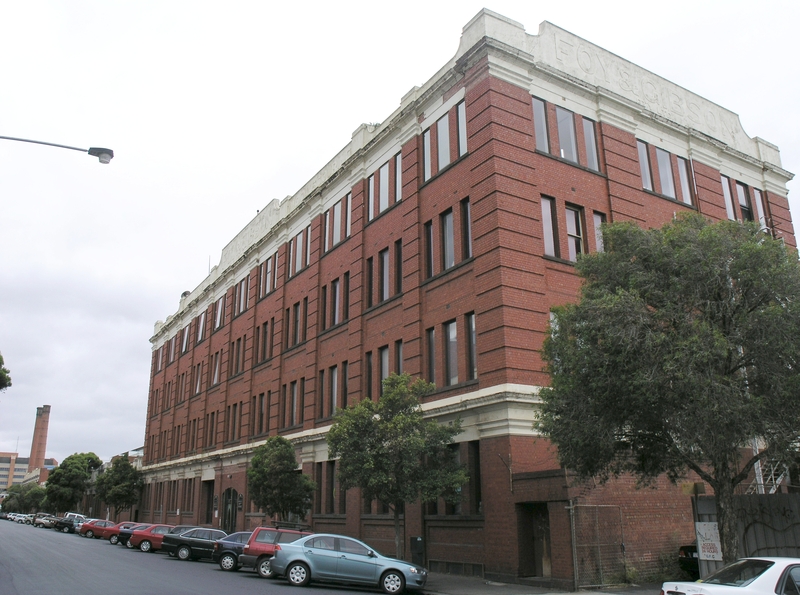 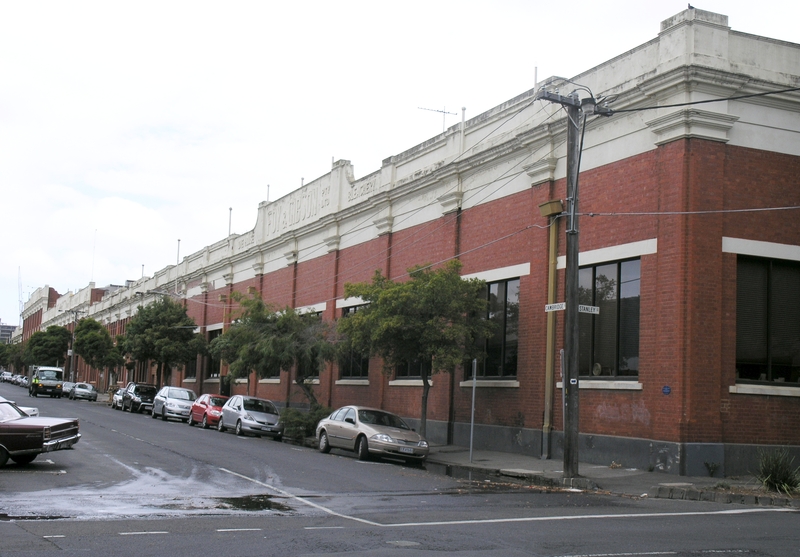 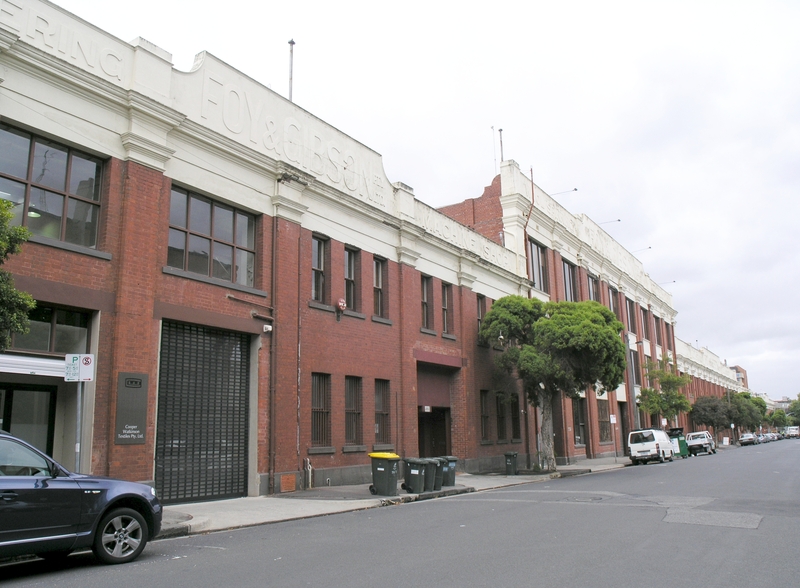 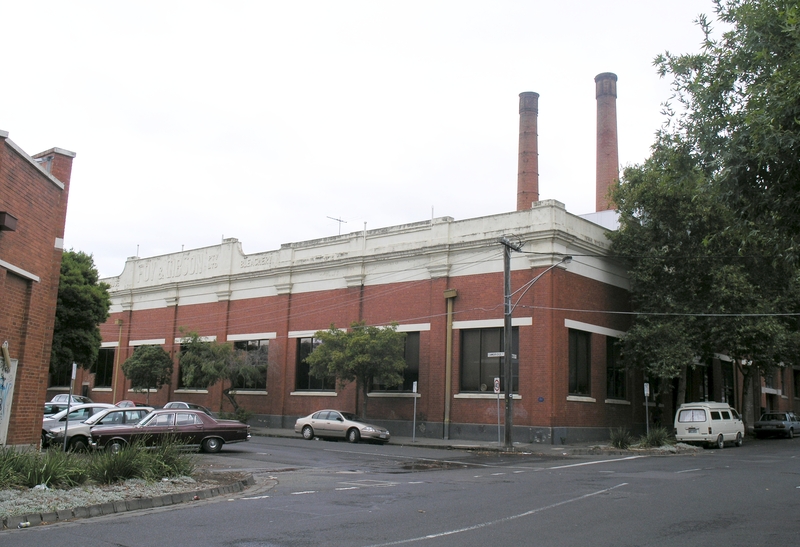 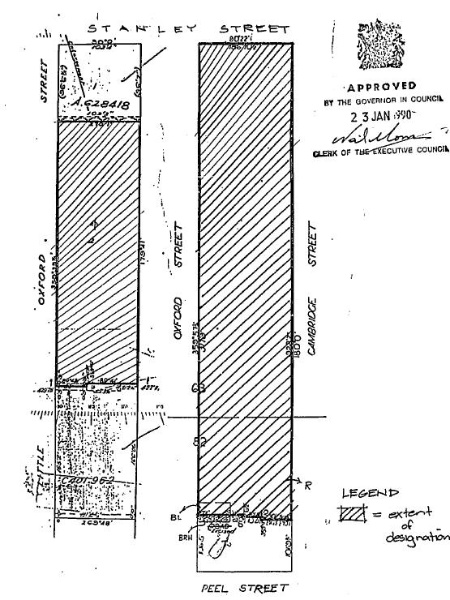 The Former Foy and Gibson complex of warehouses, factories and showrooms was constructed to the design of the notable architect William Pitt over a long period beginning c.1887. The extant buildings in the portion now owned by Roxbury Holdings Pty Ltd, which contains almost two-thirds of the complex, date from 1895 until the second decade of the 20th century. This portion covers almost the whole block bounded by Cambridge, Oxford, Stanley and Peel Streets.

The Former Foy and Gibson complex is of historical and architectural significance to the State of Victoria.

The Former Foy and Gibson complex is of historical significance as both a magnificent 19th and early 20th century industrial complex and as an example of the development of early department store retailing, demonstrating the articulations between retail and manufacturing functions that typified the organisation of consumption in the 19th and early 20th century city. As such the complex provides extremely important information about the economic, industrial and social organisation of the period. The Foy and Gibson company was a pioneer in the history of retailing in Melbourne. Its department store chain, Melbourne's earliest, was modelled on the trading principles of the "Bon Marche" of Paris and other European and American stores. The Foy and Gibson factories and warehouses, which were responsible for the production and delivery of goods to the department stores, were remarkable for the range of goods that they produced, including soft furnishings, manchester goods, clothing, hats, hardware, leather goods, furniture and a range of foods. Such production, wholesaling and retailing arrangements, which were an indication of the largely local focus of producer, supplier and retailer networks, are rare in contemporary retail establishments which source their products from all over the world.

The Former Foy and Gibson complex is of historical significance as a rare surviving major industrial establishment of the late 19th and early 20th century. As early as 1906 it was described as "undoubtedly the largest factory in the Southern hemisphere". The complex employed 2000 people and was considered technologically advanced, employing steam and

electric power from an early date. Today, however, the equipment and shafting have been removed and the boiler house stacks form the only extant evidence of Foy and Gibson's technological achievements.

The Former Foy and Gibson complex is of architectural significance as an imposing and substantially intact example of late 19th century industrial architecture and for its associations with the eminent Melbourne architect, William Pitt (1855-1918), who retained Foy and Gibson as a client for most of his professional life. Visually, the complex is remarkably cohesive, the formula for the design, once established, being repeated with little change in the selection of materials and decorative motifs. Although a few of the buildings have been gutted, the exterior fabric remains substantially intact. The principal facade elements consist of rusticated pilasters between windows above a lower cornice line and capped by a similar cornice and parapet. The street level and first floor facades have chamfered pilasters whilst the cornices and lintels (in later work) are stuccoed. The street environments are rare in Melbourne for their uniformity and are complemented by the bluestone pitchered drains and crossings and the remarkable weighbridge in Oxford Street.

William Pitt was a respected architect, with a great talent for distinctive industrial buildings. As well as the vast Collingwood factory complex, Pitt was responsible for the retail store design for the 1911 Smith Street Diamond Cut Lingerie building in Fitzroy. The factory complex can be compared with Pitt’s early sections of the Victoria Brewery complex, the facade of which formed the prototype for many later additions, and with his Bryant and May complex in Church Street, Richmond.