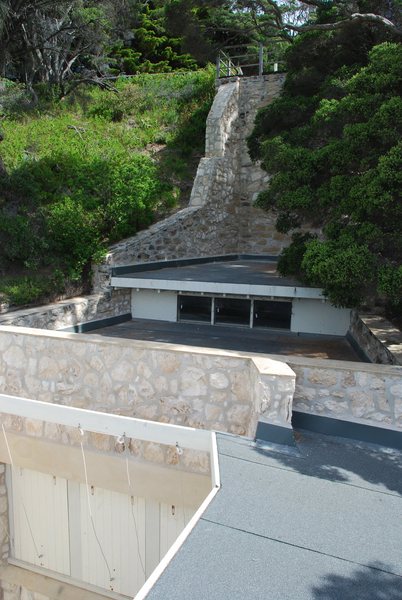 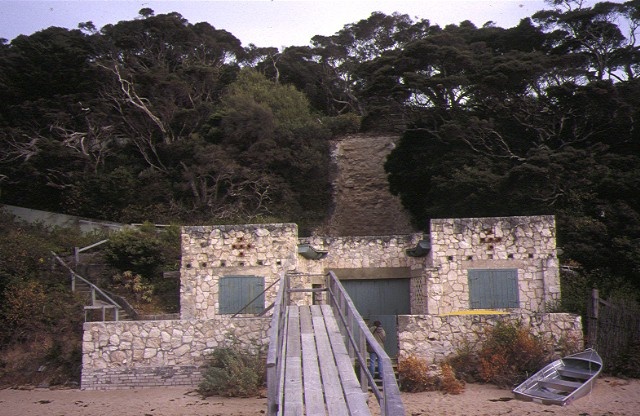 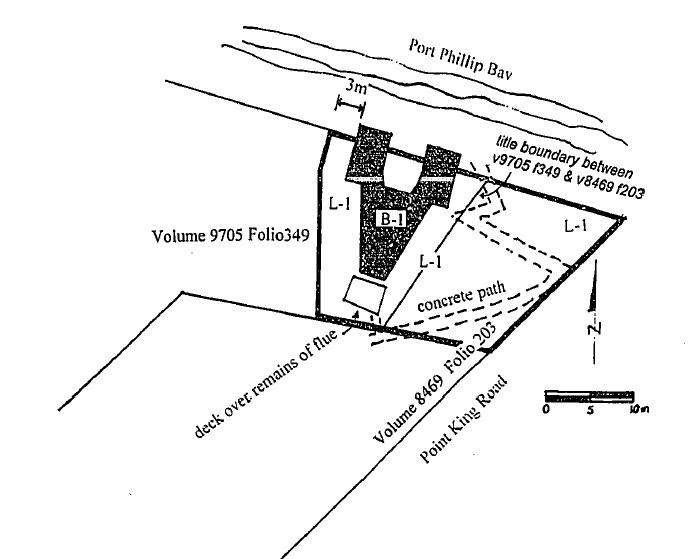 The Ilyuka Lime Kiln/Bathing Box was built as a lime kiln in 1880 to a conventional design used for kilns between 1840 and 1900. The structure is built into the cliff face and incorporates typical features and materials such as limestone rubble and brickwork. In 1930 the lime kiln was skilfully converted to a bathing box in a modified Spanish Colonial or 'Pueblo' style by architect Harry Norris as an adjunct to the building of Ilyuka for American oil company executive Harry Cornforth.

The Ilyuka Lime Kiln/Bathing Box is architecturally and historically important to the state of Victoria.

The Ilyuka Lime Kiln/Bathing Box is architecturally important as an unusual and successful adaptation of a lime kiln to make a spacious and visually interesting bathing box. Its style is an extension of the Spanish Colonial revival of the mansion Ilyuka but is executed in a style more reminiscent of Pueblo Indian dwellings. It is an important work of Harry Norris, one of

The Ilyuka Lime Kiln/Bathing Box is historically important as a rare and essentially intact example of a lime kiln. The kiln is an outstanding example of a building type which was once plentiful along the Point Nepean Peninsula and the Geelong area. Lime from these kilns was an essential component of the mortar used in Melbourne’s buildings until it was gradually supplanted by Lilydale lime from the 1880s. The conversion of the kiln to a bathing box in 1930 has prevented the weathering which has all but destroyed most other contemporary kilns.

The bathing box is also of historical interest for its associations with American Oil Company executive Harry Cornforth and as an example of the opulent holiday lifestyle of some of Melbourne’s wealthy.