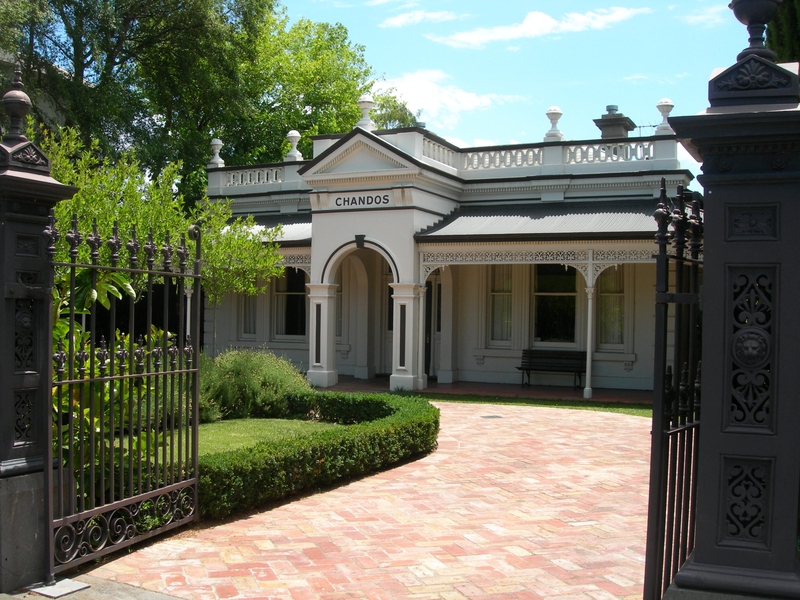 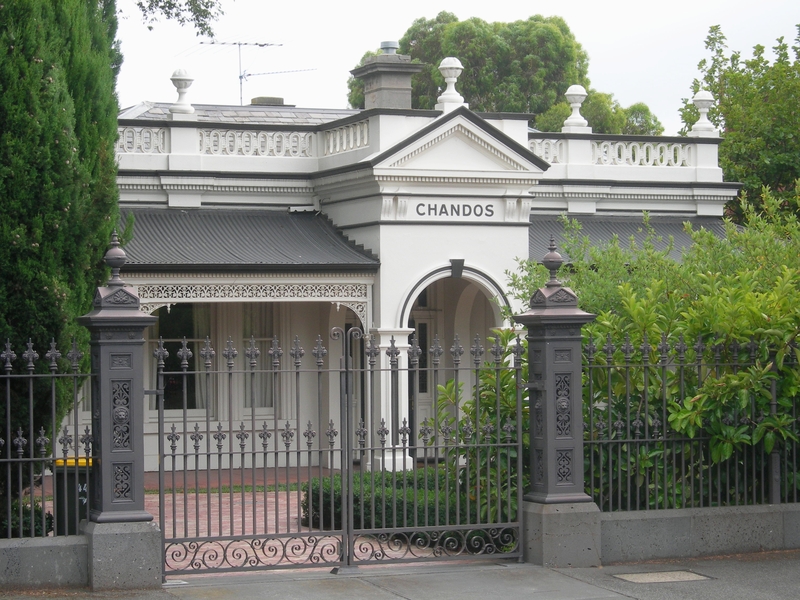 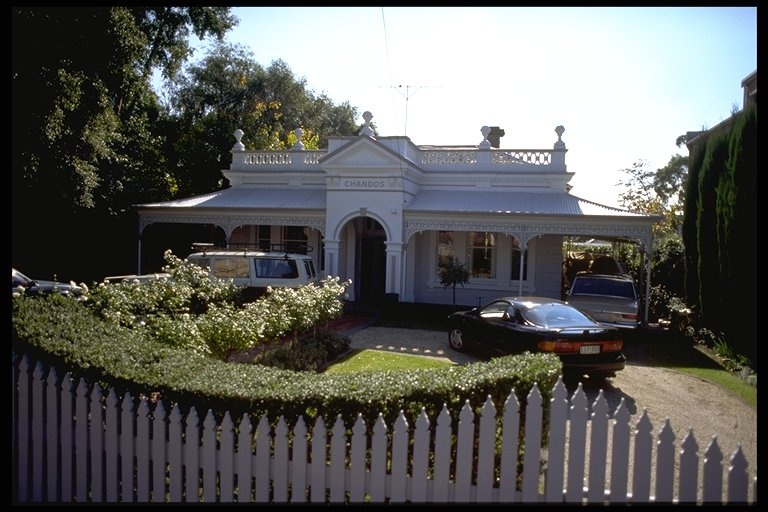 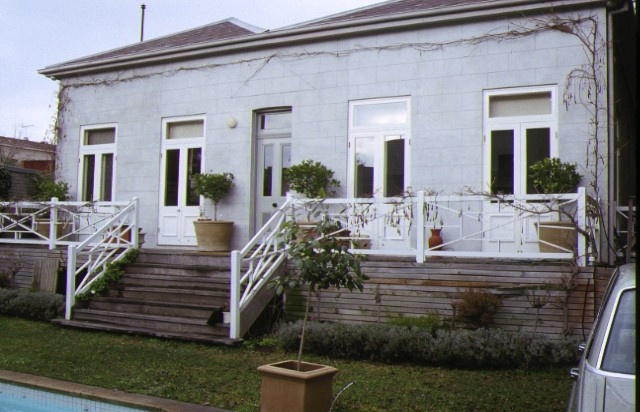 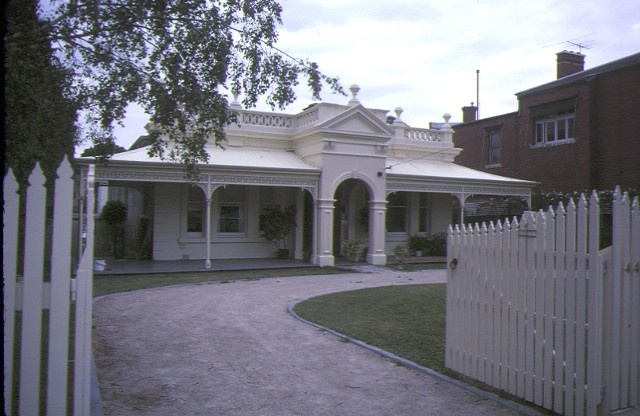 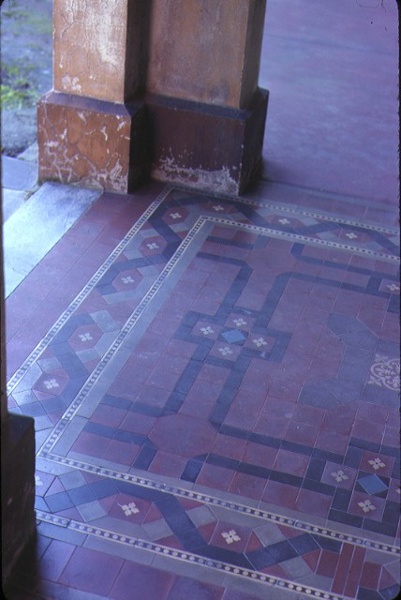 Chandos is a single-storeyed rendered brick house designed by the architect Nahum Barnet in 1885. It has a central, pedimented and parapeted entrance porch, an iron front verandah and a dominating balustraded parapet decorated with orbs. The main facade windows are grouped in two lots of three with a common bracketed sill. The front door has a transom and side lights. The hipped main roof is covered with slate and the verandah is covered with iron. The verandah flooring is tiled. The chimneys are corbelled. Internally the building is not elaborately finished but includes cornices, ceiling roses and marble fireplaces. The house's external decoration reflects classical elements as applied to many Melbourne residences during the boom period to the early 1890s.

Chandos is of architectural significance to the State of Victoria.