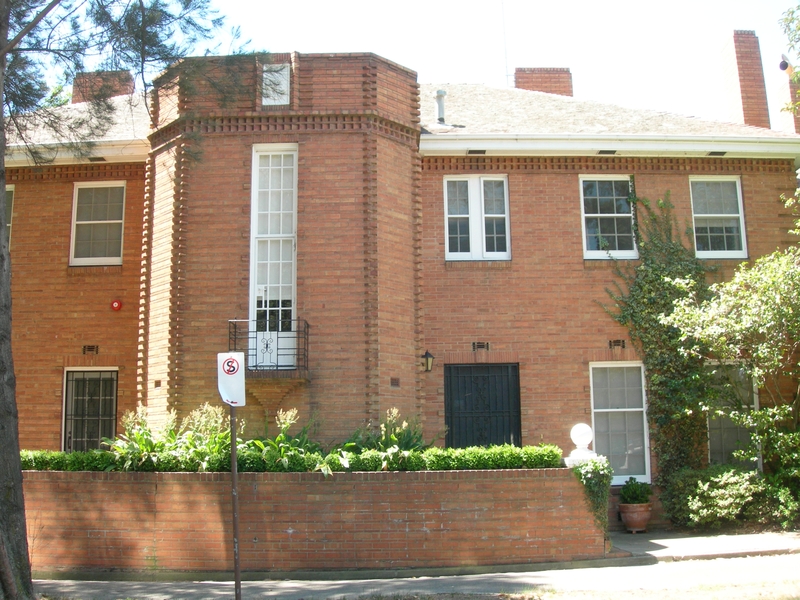 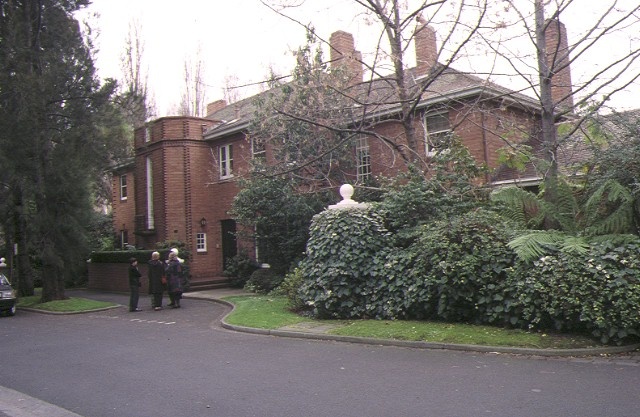 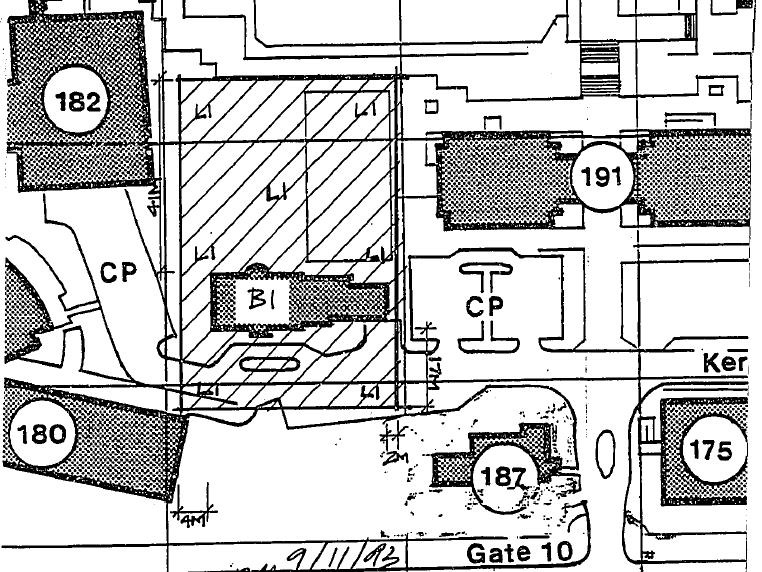 The Vice-Chancellors House at the University of Melbourne was constructed in 1937-8 to a design by the office of Harry A Norris with funds provided by Herbert Brookes and George Nicholas. The house was constructed by CJ Totterdell at a cost of £7228. The salaried position of Vice-Chancellor was created in 1935, and until the construction of the Vice-Chancellor's House, the incumbent lived offsite. The house is a two-storey symmetrical villa constructed of brick with a hipped roof. Flanking curved garden walls extend beyond the building to embrace a car park, originally a garden. A centrally located polygonal bay containing the main stair projects from the front facade. The toothed bricks at the angles of this bay and the full height window give the building a vertical accent at its centre. Decorative brickwork simulates a frieze course and quoins. The symmetry of the main building is offset by a garage and east wing. A semi-circular portico, in the manner of an apse and with Egyptian capitals, leads into the rear garden. The tennis court was added in 1938 by James McLeod and Co. and a pergola was built to link the court to the house. Mrs Nicholas acted as advisers to the architect on internal fittings and details.

The Vice-Chancellor's House is of historical and architectural significance to the State of Victoria.

The Vice-Chancellor's House is historically significant as it is believed to be the only Vice-Chancellor's residence located on a campus in Australia. It is part of the University of Melbourne tradition of providing accommodation for Professors on campus, a tradition dating back to the construction of the original Quadrangle and Law School buildings in 1857. It is rare as an example of a Vice-Chancellor's house paid for by private sponsorship. The house also demonstrates the links between George Nicholas and Harry A Norris, a noted architect who was employed by Nicholas on a variety of projects.

The Vice-Chancellor's House is architecturally significant as a demonstration of the importance of the public and ceremonial aspects of the Vice-Chancellor's position. It is representative of the large Georgian Revival style residences designed and built during the inter-war period and the resurgence in the association of the classical style with notions of Australian colonial history, scholarliness and propriety.