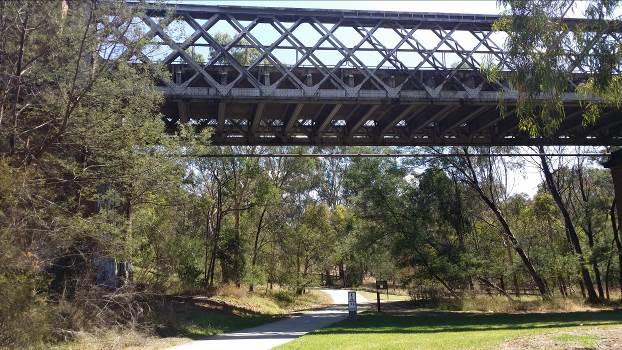 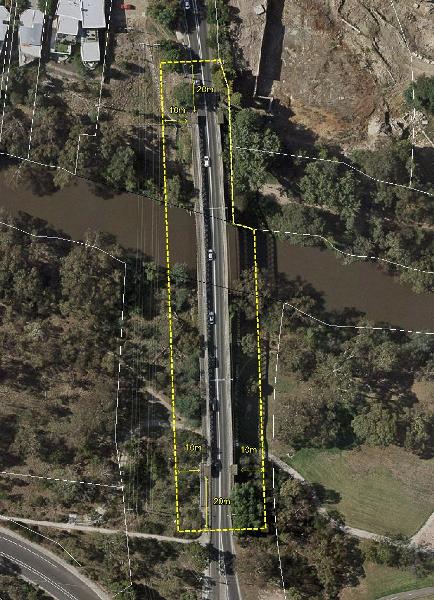 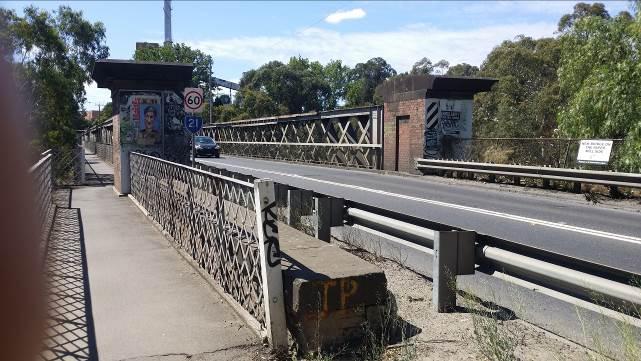 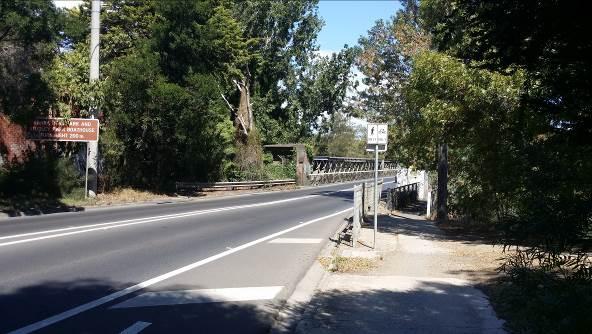 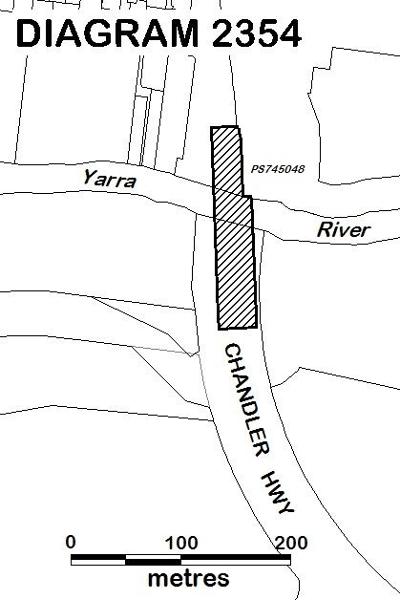 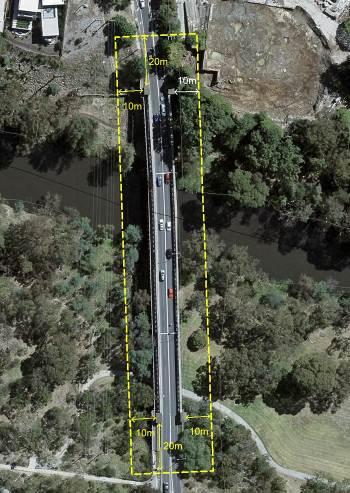 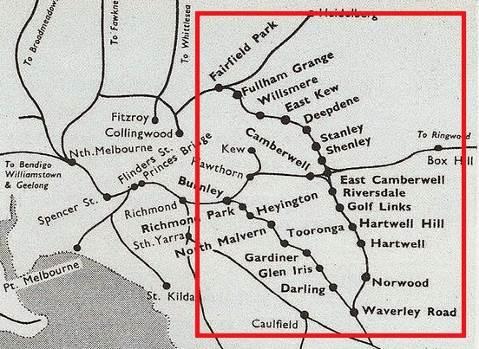 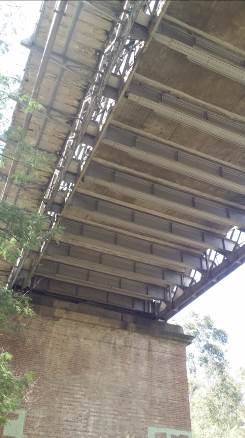 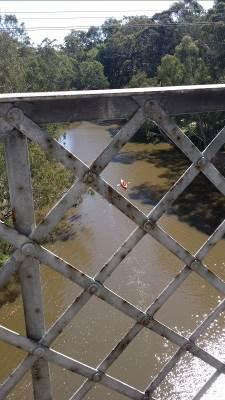 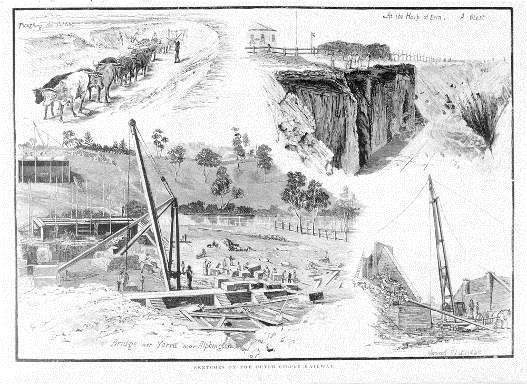 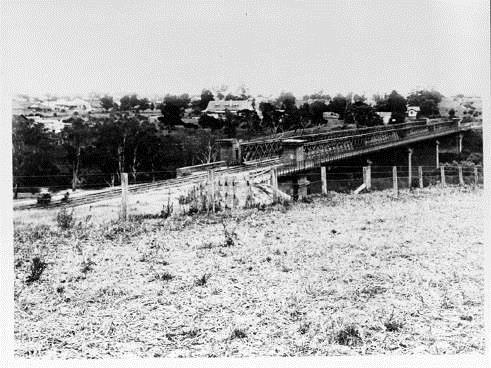 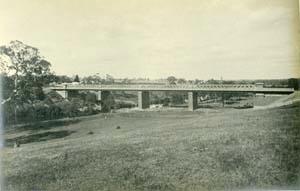 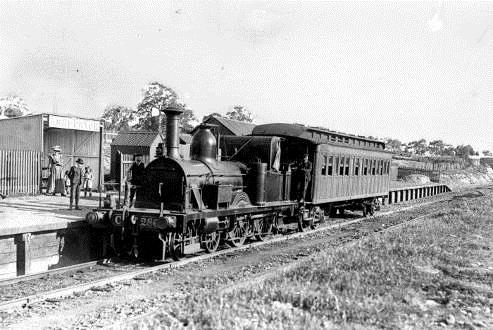 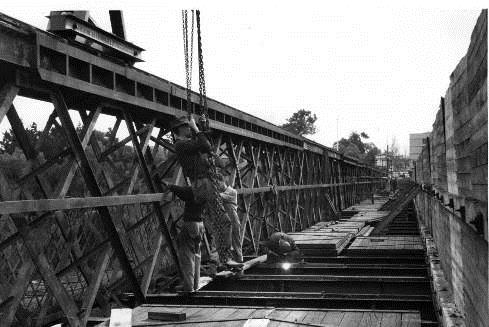 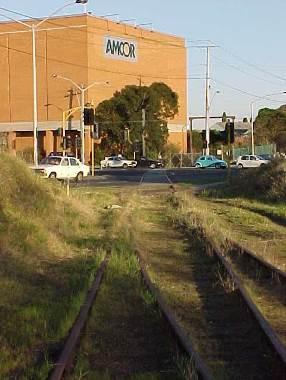 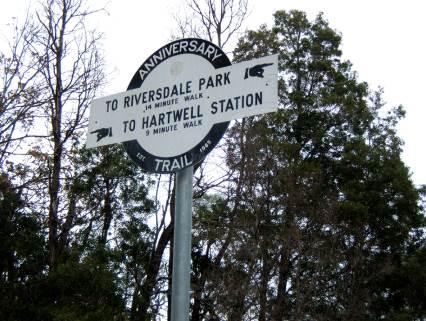 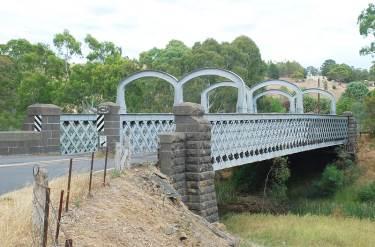 The Chandler Highway Bridge, a 137 metre wrought iron lattice-truss girder bridge with four spans supported on red brick piers with moulded bluestone cappings. The bridge has a cantilevered walkway along the west side.

The Chandler Highway Bridge crosses the Yarra River and connects Alphington and Kew. It was completed in November 1890 as part of the Outer Circle Railway Line. Opening in March 1891, this steam-era suburban railway line of 16.6 kms ran from Fairfield to East Camberwell and then south along the current Alamein line to Oakleigh. By 1893 sections of the railway had closed down, including the Fairfield Park (later Fairfield) to Riversdale Line which incorporated the Chandler Highway Bridge. By 1897 the entire Outer Circle Railway Line was out of service. The project attracted much public controversy for government mismanagement and overspending, and was widely seen as a failure with much of the infrastructure becoming redundant. The Chandler Highway Bridge remained open to pedestrian traffic until 1930 when the railway line from the Bridge to Princess Street was dismantled. Chandler Highway Bridge was converted to accommodate vehicular traffic in 1930 and became part of the road known as the Chandler Highway. It remains in use for vehicular traffic and forms part of one of Melbourne's major arterial roads.

The Chandler Highway Bridge is 137 metres in length with two through-type, wrought iron lattice-truss girders over four spans of about 35 metres each. This is supported on red brick piers with moulded bluestone cappings. Three of the four spans are over a wide floodway either side of the river channel. The girders are diagonally braced with original wrought iron lattice balustrading. The bridge has a cantilevered walkway along the west side.

The Chandler Highway Bridge is of historical significance to the State of Victoria. It satisfies the following criterion for inclusion in the Victorian Heritage Register:

Completed in 1890 the Chandler Highway Bridge is of historical significance as the most substantial extant engineering remnant of the Outer Circle Railway Line, the most ambitious suburban line developed by the Victorian Government in the nineteenth century. The Outer Circle Railway Line was authorised during the building boom of the 1880s when Victoria's program of railway construction was at its height, and is associated with the rapid growth of Melbourne and its suburbs at this time. The Chandler Highway Bridge was only in use as a rail bridge between 1891 and 1893, and became a symbol of the failure of the Outer Circle Railway Line, which ceased in 1897 due to government mismanagement and the effects of the 1890s economic depression. The Chandler Highway Bridge was a well-known folly in Melbourne for thirty-seven years, and was converted and brought back into use as a road bridge in 1930. Its adaptive reuse demonstrates the re-conceptualisation of Melbourne's arterial road network in the city's first strategic plan of 1929. [Criterion A]

The Chandler Highway Bridge is also significant for the following reasons, but not at the State level:

The bridge was named after AE Chandler, Minister for Public Works (1928-1929). As a young engineer aged in his early twenties, John Monash was the supervising engineer for the contractors on the railway works. The Chandler Highway Bridge is a local landmark notable for its visually impressive red brick piers. The immediate area below the bridge and in this vicinity forms part of a relatively naturalistic landscape formed by the Yarra Flood Plain and dominated by regenerating native vegetation.