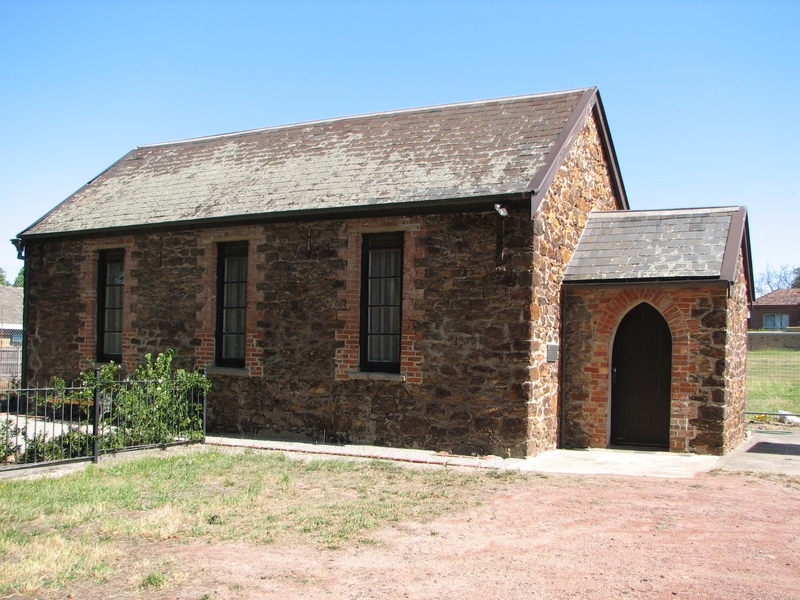 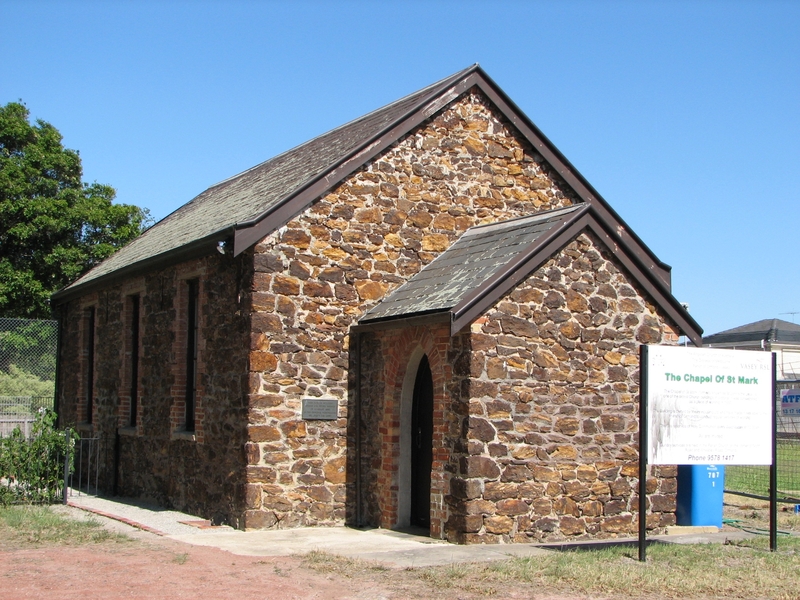 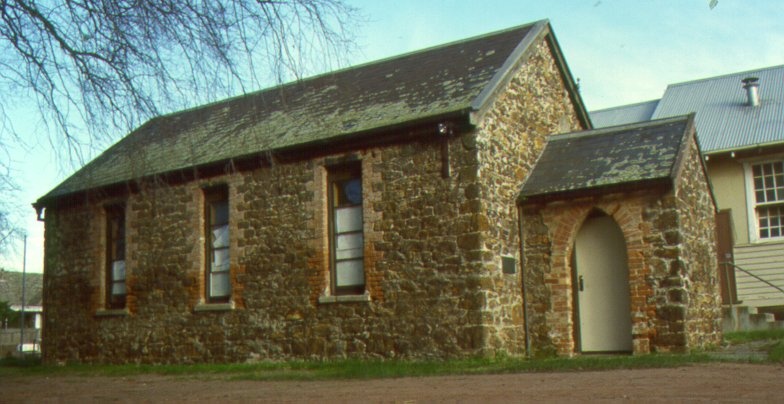 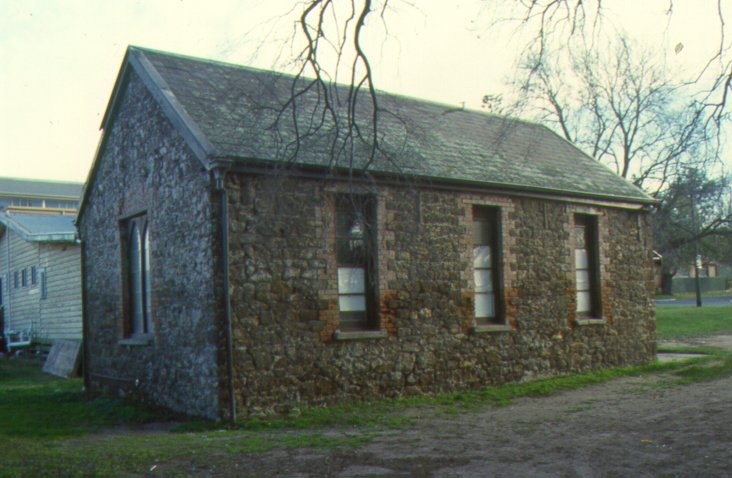 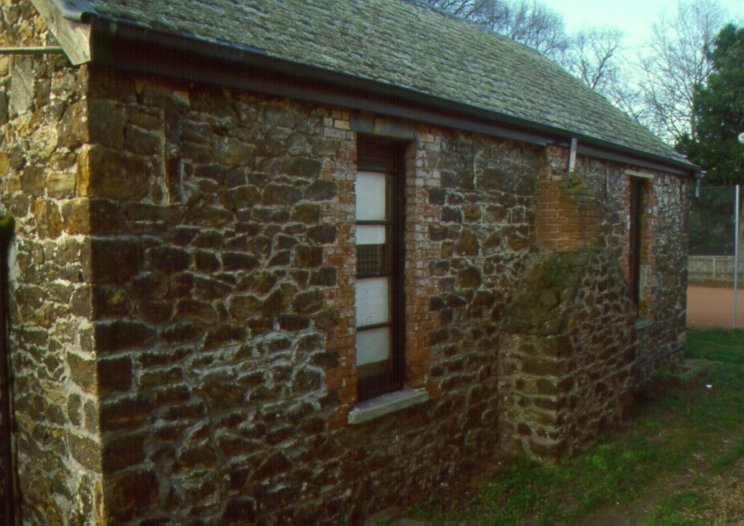 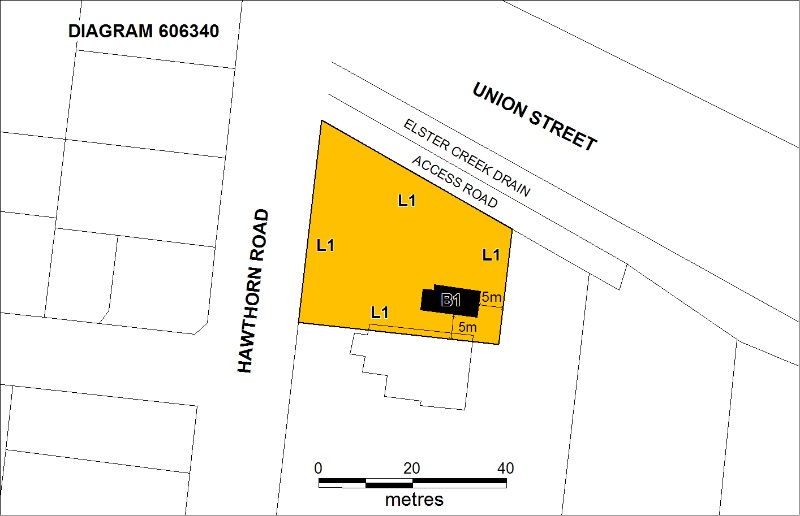 What is significant?
The former St John's the Less Anglican church and schoolroom, designed to seat about 120 people, was opened on 1 February 1850 to serve the pioneer agricultural settlement around the Elster Creek at Little Brighton (now East Brighton). Construction of the humble building, using local ironstone and volunteer labour was assisted by a grant of thirty five pounds from the Melbourne Diocesan Society. Later named St John's the Less, to distinguish it from the larger Church of St John built in East Brighton (now Bentleigh), the building was continuously used for worship until replaced by a new brick church in 1890. It then became a Sunday School for many years. The building has a small entrance porch and the slate roof and timber boarded ceiling is supported on exposed king post trusses. A fireplace on the south wall is boarded over and the top of the chimney has been removed.

How is it significant?
The former St John's the Less Anglican Church and schoolroom is of historic and architectural importance to the state of Victoria.

Why is it significant?
The former Anglican church of St John's the Less and schoolroom is historically important as one of the oldest religious and educational buildings in Victoria, having been constructed before separation of the new colony of Victoria from New South Wales in 1851. It is also historically important as one of the earliest known surviving buildings from the pioneering days of Brighton, Melbourne's oldest satellite settlement. Brighton, which became a fashionable seaside village like the English resort after which it was named, was the focus of Henry Dendy's Crown "Special Survey" of 1840. Dendy was the first to accept the British Government's initiative to encourage colonial immigration and settlement by sale of 5120 acre lots covered by Special Surveys in the Port Phillip District of New South Wales.

It is important to the history of education in Victoria as a rare surviving example of a pre-Separation and pre-Gold Rush Denominational (non-vested) school building, and as the earliest extant school building in Brighton. It is the earliest surviving Anglican school building in Melbourne. Its construction, at the predominantly Protestant settlement of Brighton, predated the establishment of a National Board of Education which aimed to acknowledge the diversity of religious and cultural affiliations in Australia and to minimise sectarian animosities. The ensuing strong government school system was a legacy of the National School system.

The former church of St John's the Less and schoolroom is architecturally important as a representative example of the simple pioneer construction methods and techniques of the 1840s using local labour and locally quarried ironstone.