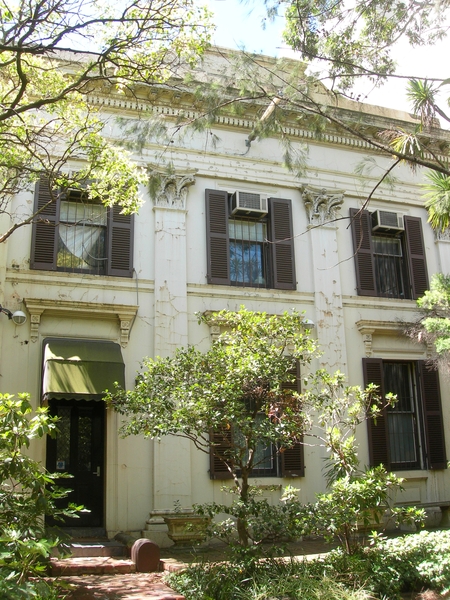 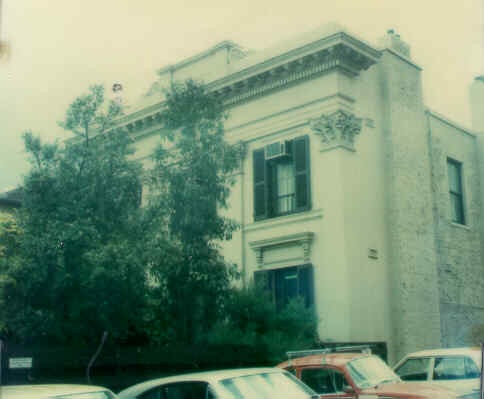 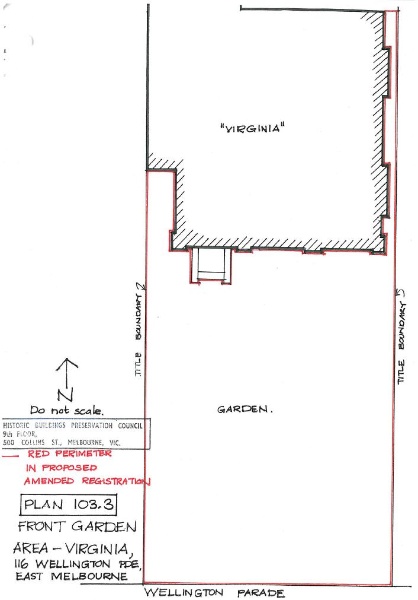 What is significant?
The house known as Virginia at 116 Wellington Parade was built in 1864 to the design of an unknown architect. The owner was James Prince, an auctioneer. The facade of this two storey stuccoed brick building is divided into three bays by four giant order Corinthian pilasters. The elaborate entablature, with dentils and modillons to the cornice, is surmounted by a plain parapet. A raised section of parapet flanked by scrolls sits over the central bay. The ground floor openings to the main facade have bracketed hoods. The front door is off-set to the left hand bay. The windows are all shuttered. The house is set back from the street by a front garden.

How is it significant?
Virginia is of architectural significance to the State of Victoria.

Why is it significant?
Virginia is architecturally significant as a grand statement of 1860s inner suburban sophistication and pretension. The giant order Corinthian pilasters of the grand facade add considerable Regency-style sophistication to the house and to the streetscape of East Melbourne.