AVENUE OF HONOUR AND ARCH OF VICTORY
BALLARAT-BURRUMBEET ROAD ALFREDTON and CARDIGAN and WINDERMERE and WEATHERBOARD and BURRUMBEET and LUCAS, BALLARAT CITY 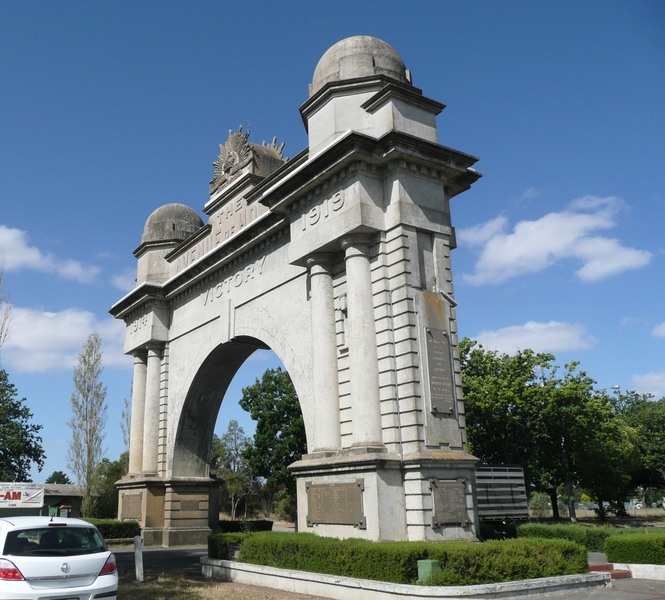 AVENUE OF HONOUR AND ARCH OF VICTORY SOHE 2008 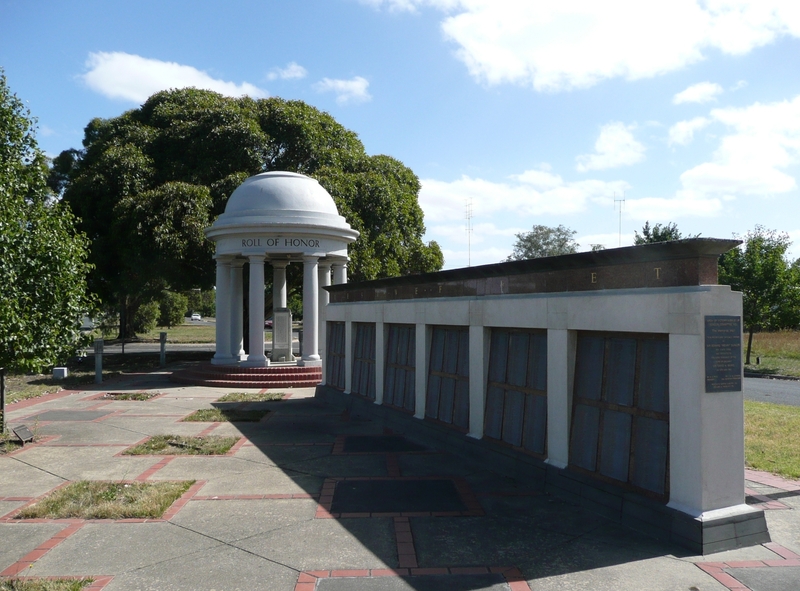 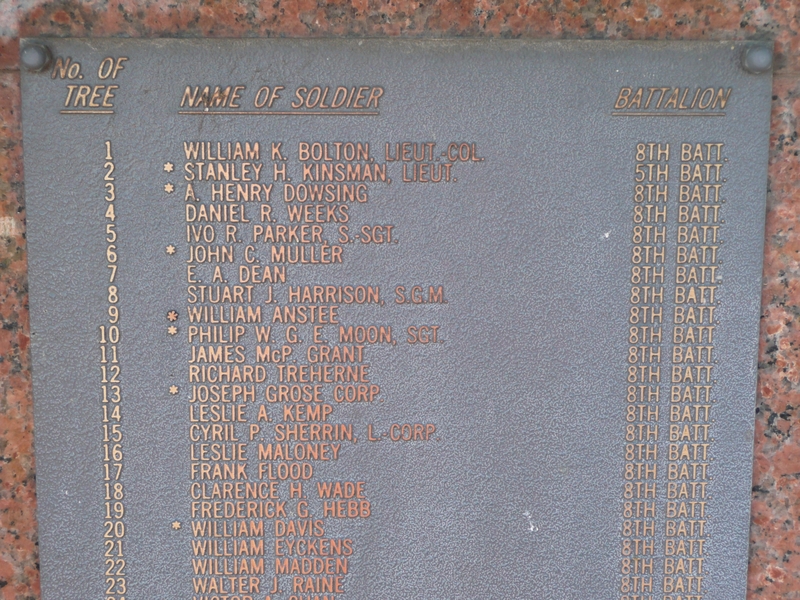 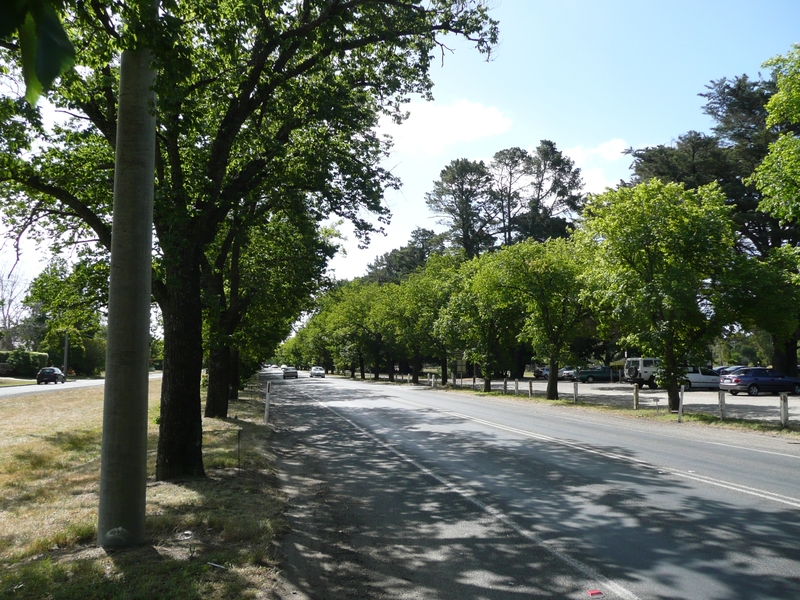 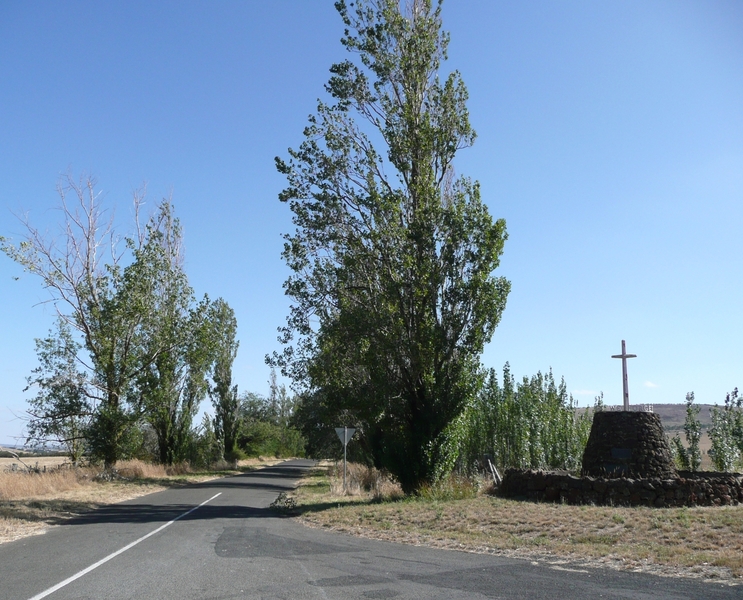 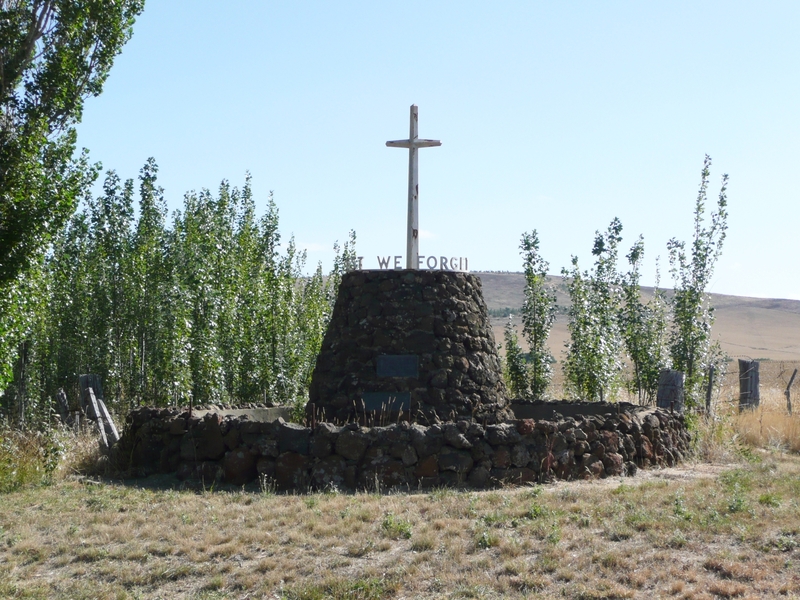 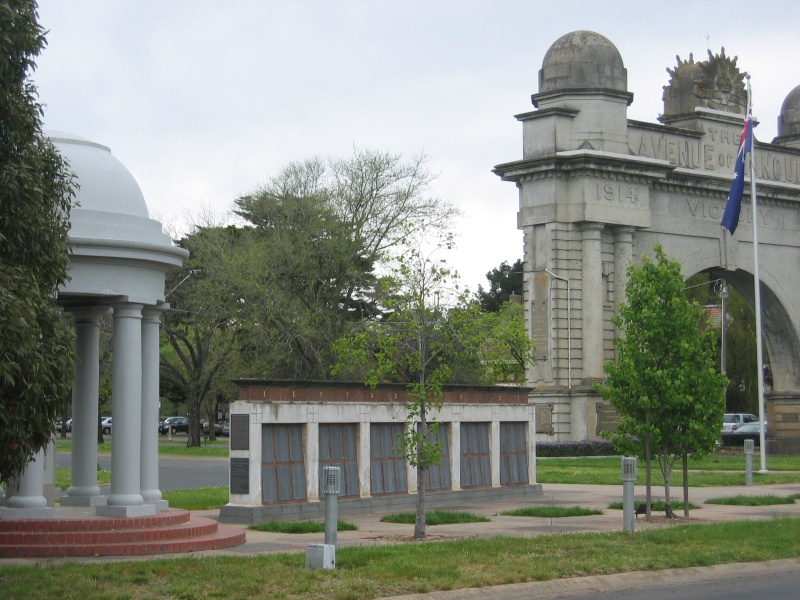 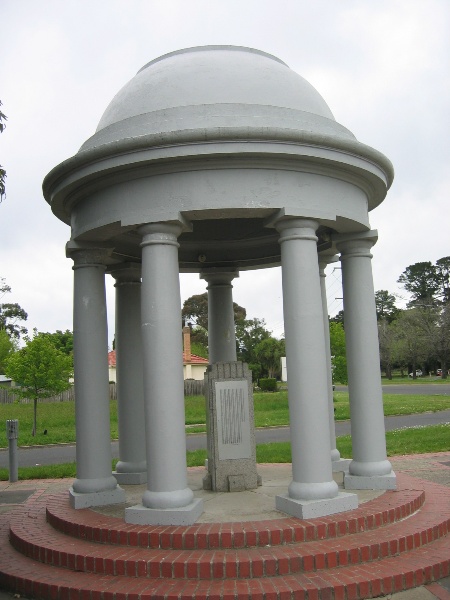 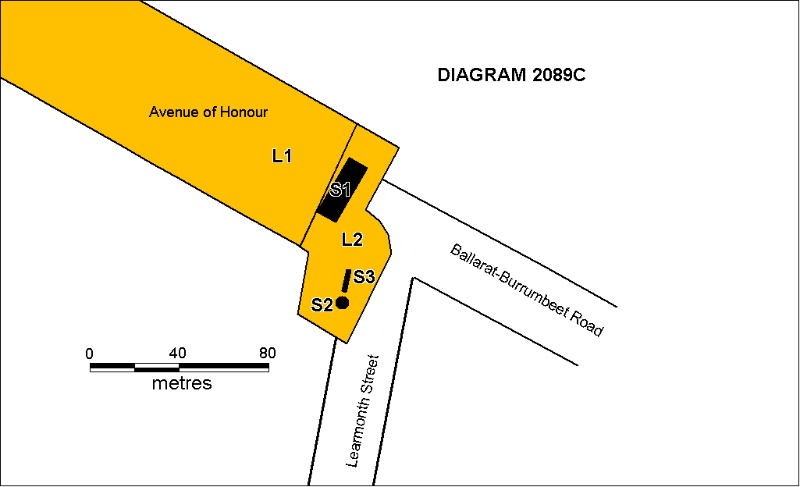 The planting of the Avenue commenced in June 1917 on the suggestion of Mrs W. D. Thompson, a director of clothing firm E. Lucas & Co, Ballarat, that an avenue of trees be planted in honour of the men and women of the district who had enlisted for service. The planting of one tree for each enlisted person began in June 1917 with funds of £2,000 raised by the 500 women employed in the factory, known as the 'Lucas girls'.The planting, carried out in eight phases over the next two years until its completion in June 1919. The planting, done by staff of the Lucas factory with the support of local farmers included 23 species of trees, mostly exotic deciduous species planted in single lines along either side of the road at regular spacings of 10 - 12 metres.Each species was usually planted in blocks of about 25 trees on either side of the road. The trees were numbered and allocated to individuals as close as possible to their order of enlistment, beginning at the Ballarat end. Plaques were originally attached to each timber tree guards giving the individual's name, the unit in which he or she enlisted and their number in the avenue. In 1934 these were replaced by permanent bronze plaques at the base of each tree, of which more than 80% are still in place.

Following cessation of hostilities in 1919 and completion of the avenue plantings, the 'Lucas Girls' led by Mrs W. D. Thompson began planning and fund raising of £2600 for a commemorative arch to provide an entrance to the Avenue of Honour. The Arch of Victory, designed by H.H. Smith, Head of the Art School at the School of Mines Ballarat, was a grand cement rendered masonry structure of a single central arch flanked by wide piers 20metres in width, spanning the roadway, and 18metres high. The arch, erected in 1920, is crowned by the 'Rising Sun' symbol of the Australian Commonwealth Military Forces beneath which the words Avenue of Honour and Victory are written prominently across the arch. In addition to the initial costs, for the Avenue of Honour and the Arch of Victory, a further £400 was donated by the public to a Maintenance Fund, with a returned soldier employed to attend to the trees.

During the First World War, the Avenue of Honour played a commemorative role and provided a stimulus for more people to enlist. Unlike other forms of memorials, avenues of honour and in particular the Ballarat Avenue required a high level of community participation in their creation which took place over a substantial period of time. Subsequently the Arch of Victory and Avenue of Honour became emblems of civic commitment to the war effort.

There have been a number of changes to the Avenue of Honour.Several of the original 23 species did not flourish and were replaced with species of Elms and Poplars which are the dominant genera of trees in the Avenue. In 1997, the Avenue consisted of 3,332 trees of forty different species and cultivars. Approximately half were found to be of fair to poor health and a management strategy developed, including the replanting of some trees.

In 1936 a memorial Cairn and Cross of Remembrance were erected at the Learmonth end of the Avenue where a tribute tree was also planted in 1959 in memory of Mrs W. D. Thompson. In 1938 a Memorial Rotunda was constructed 180m west of the Arch of Victory originally containing a 'Book of Remembrance' with the name of every person for whom a tree was planted, information now contained in a Roll of Honour on engraved metal sheets. In 1994 the avenue was cut by the Western Freeway Bypass, with the removal of sixteen trees which were replaced by trees in the freeway reserve.

The Arch of Victory remains intact but with the addition of memorial plaques in 1954 and 1987 to commemorate those who served from 1939-1945 and in the more recent conflicts in Korea, Borneo, Malaya and Vietnam. In 1993 the Arch of Victory Precinct, opened by Edward 'Weary' Dunlop, was created by the relocation of the 1938 Memorial Rotunda and Roll of Honour to the road reserve immediately south of the Arch and the construction of the adjacent Memorial Wall with 72 bronze plaques recording the names and tree numbers of service people honoured in the Avenue.

The Avenue of Honour and Arch of Victory, Ballarat is of historic, architectural, aesthetic and social significance to the State of Victoria.

The Avenue of Honour is of historic significance as one of the earliest known and the longest example of this uniquely Australian form of memorial. Planting of memorial trees had been common during the Boer War but the Avenue of Honour at Ballarat was an early planting of an avenue of trees along a roadside as a memorial, setting a precedent which was soon followed by the planting of 91 other avenues in Victoria, principally in Central Victoria, between 1917 and 1920.

The Avenue of Honour is historically significant as representative of memorials that first appeared in Australia during World War I commemorating not just the dead but all those who enlisted for service in an egalitarian form where each individual, regardless of rank, was equally recognised for their service.

The Arch of Victory Precinct and Avenue of Honour, including the Memorial Cairn at the end of the Avenue, is historically significant as a collection of memorial types and structures that represent various forms of memorialisation in Victoria over the twentieth century.

The Arch of Victory is of architectural significance to State being an outstanding landscape monument, in the tradition of the Roman and Napoleonic victory arches erected across major routes or carriageways. It is the only memorial arch in Victoria constructed at such a grand scale. Other arches commemorating World War I such as at White Hills Botanic Gardens Bendigo (H1915), and in Murtoa were constructed as entrance gates to public gardens and have neither the size nor prominent location of the Arch of Victory. The association of the Arch of Victory with an Avenue of Honour is unique in Victoria.

The Avenue of Honour and Arch of Victory is aesthetically significant as an outstanding designed landscape and living memorial with the grand arch heralding the start of the roadside planting of more than 3800 trees over a length of 22 kilometres of roadway.

The Avenue of Honour and Arch of Victory is of social significance to the State of Victoria as a well recognised symbol of community endeavour and cooperation during war time. It is of social significance as being Victoria's best known war memorial with the exception of the Shrine of Remembrance. The significance of the Avenue of Honour and Arch of Victory to the Ballarat community, to the descendents of those commemorated by trees in the Avenue and to the Returned Services League is reflected in the continual use of the area for memorialisation over the course of the twentieth century culminating in the creation of the Arch of Victory precinct.